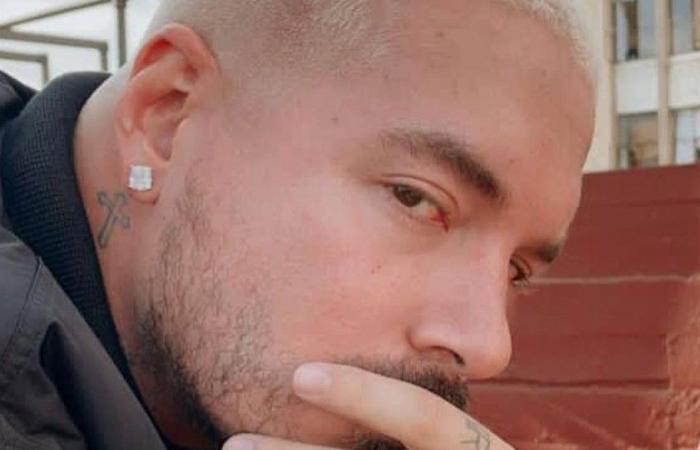 A piece of news would cause a stir and happiness for the fans of the Colombian José Álvaro Osorio Balvín, better known as J Balvin, whom his fans almost see him carrying in his arms, which they assure will be his next child, the result of his relationship with the model. Valentina ferrer.

Strong rumors have turned around the courtship of the renowned reggaeton after users on the network have replicated the rumors that J Balvin will soon become “father“next to the beauty queen.

So far, the artist has not raised his voice to affirm or deny these versions, however, these apparently arise from sources close to the figure of music.

The singer is one of the figures who tries to maintain a certain privacy in terms of his personal life, although on the other hand, he has also tried to be transparent regarding some issues such as the suffering he has faced in recent years: The Depression.

However, many may not know the relationship that today relates him again to the Argentine model Valentina Ferrer, whom he met in the music video for his song “I keep missing you“and with whom today they have supposedly linked him for the child they would both be expecting.

One of the sites where this controversy started was Colombian channel 1 “Lo sé Todo”, which would share in one of the broadcasts the apparent news that the artist J Balvin and the model would become parents, which was also confirmed by the site Week.com

According to the medium, the 25-year-old model girlfriend of the singer of the song “My people“,” Has a few weeks of gestation “and sources close to the couple would anticipate that Balvin and Ferrer” have no room for happiness “as well as the family by the star of the stages.

They also point out that the news would come soon from both celebrities since they very surely revealed these advances.

To this is added that the couple today have a very stable relationship since these months of pandemic that they have lived together have been very happy and proof of this is the detail that the record producer also prepared for his girlfriend on her birthday, which filled with a complete emotion to both.

It would have been Balvin’s mansion in Medellín where the artist and host organized a great party to pamper his partner, the celebration was accompanied by great joy since the model’s family was invited especially by the famous Colombian to surprise his girlfriend who It also celebrated surrounded by a beautiful minimalist decoration in nude tones.

The moments were shared by Valentina herself through her Instagram account where she appears with her beau blindfolded, moments before giving her one of the great surprises of the evening.

Being away from home on my birthday was difficult until now Thank you love @jbalvin, the model wrote in the publication, where the emotion of seeing her family brought her to tears.

This on the other hand also raised some doubts since the singer who recently positioned himself as one of the winners in the categories of “Best urban album at the Latin Grammy” started 2020 single.

Taking into account the last interview that was carried out with Miss Argentina herself and Miss Universe, she revealed to the Ecuadorian program “In short” that she was no longer the interpreter’s girlfriend.

However, on November 19, Valentina shared a snapshot on her social networks with the singer’s dog, together with the postcard she wrote “Best friends forever. Enzo” the same one to which the reggaeton reacted with a message that said. “My family”.

It is in the same publication that the followers and fans have shared several messages sending good vibes to the couple and even some of them congratulating them on the news.

These were the details of the news J Balvin will be father with his girlfriend Valentina, they say for this day. We hope that we have succeeded by giving you the full details and information. To follow all our news, you can subscribe to the alerts system or to one of our different systems to provide you with all that is new.