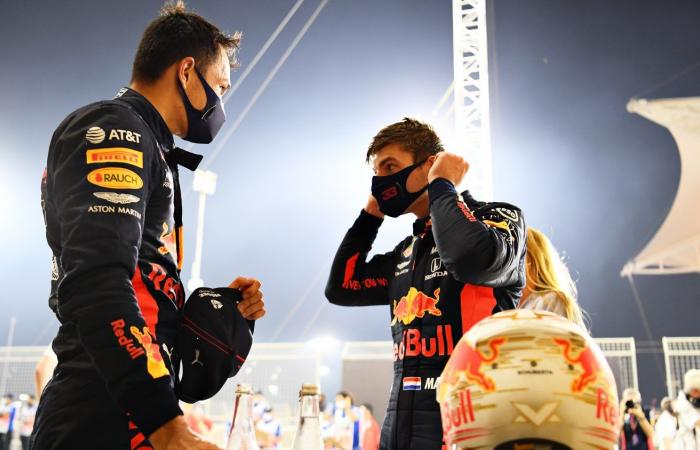 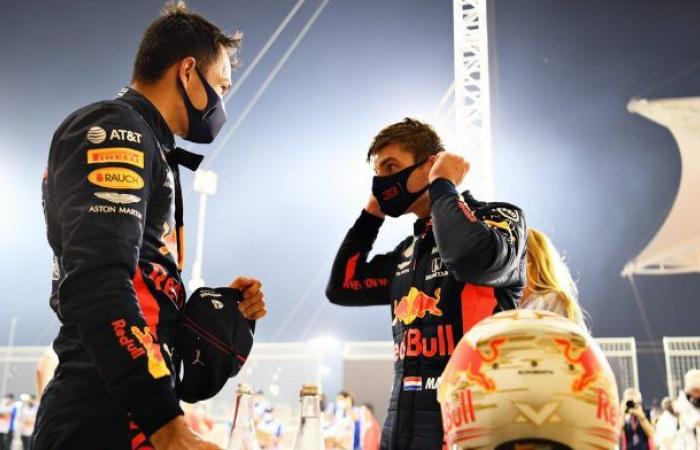 Max Verstappen thinks it is ‘beautiful’ for teammate Alexander Albon that he has taken his second podium of the year in Bahrain, but otherwise does not seem very impressed by the performance of his Red Bull colleague …

In conversation with Ziggo Sport, pit reporter Jack Plooij asks Verstappen who finished second if he is happy that Albon was next to him in third place on the podium in Bahrain, and with the points that his teammate has added to the team total. ‘Now he tackles those points that you are actually waiting for all year round, right? Or am I saying that wrong? ‘, Plooij asks Verstappen.

“Yes, you can fill in that yourself”, the Red Bull driver responds. “But I don’t think that if you are thirty or forty seconds behind your teammate, that’s very good. I can just be honest about that, right? ” the Dutchman replies.

Verstappen even sympathizes with Racing Points Sergio Pérez, who, according to Verstappen, drove ‘a very strong race’, but stranded with engine trouble in sight of the port and thus saw a third place go up in smoke. “Although it is of course nice for Alex that he is on the podium”, admits Verstappen.

Also read: Albon gets third place in the lap: ‘Of course there is some luck involved’

Albon ended on paper just under seven seconds from Verstappen, although the race naturally ended with a neutralization behind the safety car and the gap was a lot smaller anyway after a late extra pit stop by Verstappen. Before that it had indeed gone up to thirty seconds. Verstappen’s fastest lap (and the fastest lap of the race) was a 1: 32.014, 1.670 seconds faster than Albon’s fastest lap.

These were the details of the news Verstappen ‘just honest’ about race Albon: ’30 seconds behind it is... for this day. We hope that we have succeeded by giving you the full details and information. To follow all our news, you can subscribe to the alerts system or to one of our different systems to provide you with all that is new.