10 Historical Mistakes From The Crown Season 4 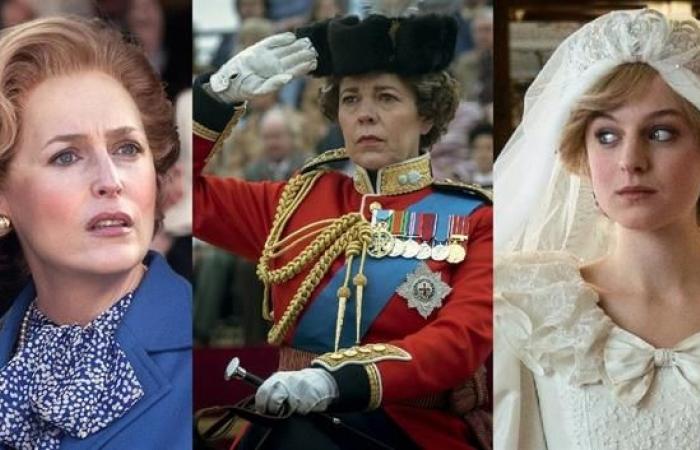 The fourth season of ‘The Crown’ is being the most controversial. The arrival of Margaret Thatcher and Diana of Wales was aimed at being the one that brought to light the most uncomfortable moments of British royalty. This forecast has been fulfilled and the Crown is extremely upset with the portrait of the relationship between Prince Charles and Lady Di, considering that it has “dangerous historical errors”.

Now, how much truth and how much fiction is in The Crown? Officially, as recorded in the end credits of the series created by Peter Morgan, the fiction is inspired by the play ‘The Audience’, centered on the meetings between the British head of state and her prime ministers, and not on life royal of the royal family.

Although ‘The Crown’ narrates several episodes related to the British Crown, several of these moments are situations that did not happen and are artistic licenses typical of a fiction production, as already happened with ‘The Queen’, the Stephen Daldry film, written by Peter Morgan, and considered the foundation stone of the Netflix series.

Although the three previous seasons also had several artistic licenses, with their consequent chronological errors, the fourth season has been the one that has attracted the most attention in this regard. Here are 10 of the most notable historical errors or inaccuracies from Season 4 of The Crown.

1.- THE DEATH OF LORD MOUNTBATTEN

In the first episode of the season, “Staff of Gold”, is when the murder of Lord Mountbatten at the hands of the IRA takes place. The series shows how the relationship between Prince Charles and his great-uncle was not going through its best moment, as the Earl of Battenberg wanted his great-nephew to settle down, sending him a letter before his death.

Actually, there is no record that, at that time, there was a conflict between Mountbatten and Carlos, nor that the count had sent a letter hours before his death. Another mistake is about his death. In the episode it is implied that he died in the explosion on his boat. In truth, Luis was rescued alive, but died shortly after, before reaching land, due to the severity of his injuries.

2.- THE BEGINNING OF THE WAR OF THE MALVINAS

To add pressure to Thatcher’s situation, the series made the disappearance of her son Mark coincide in time in the Paris-Dakar rally with the start of the Falklands War, suggesting that the war was a consequence of the pressure derived from said disappearance.

In reality, what happened to his offspring began on January 9, 1982, while the Falklands War did not begin until April 2 of the same year, almost three months later.

3.- THE PHOTO OF AUSTRALIA

Diana of Wales made history by being the first member of the Royal Household to take her son on their 45-day tour of Australia, in which she accompanied her husband. One of the most emblematic moments is the famous photo of the marriage with little Guillermo on a carpet in a garden.

Although this snapshot was taken at the Auckland Government House on April 23, 1983, Peter Morgan chose to place the image during a brief detour that the couple made in Woomargama, New South Wales, where Guillermo was being cared for.

Martin Charteris is considered one of the Queen’s favorite secretaries and one of those who gained her full confidence. However, Charteris retired in 1977, while the fourth season’s plots are set between 1979 and 1990, which means that, in ‘The Crown’, Charteris was delayed several years in retiring.

5.- THE FRICTION BETWEEN ISABEL II AND THATCHER

That Elizabeth II and Margaret Thatcher did not get along is an open secret. Two women of character with very different ways of understanding leadership, something that ‘The Crown’ portrays quite certainly. However, in the eighth episode, ’48 against 1 ‘, the series shows that the monarch herself orders her disagreement with the Prime Minister to be leaked to the press.

Although The Sunday Times pointed directly to the Royal House on said friction, the truth is that Buckingham Palace has always denied being the source of the news. Furthermore, even Robert Hardman, Thatcher’s official biographer, rejects that the Queen committed such recklessness and that this irresponsibility led to the resignation of Michael Shea, Elizabeth II’s press secretary and later famous author of mystery thrillers.

6.- THE CRITICS OF PRINCESS MARGARITA

Since Carlos’s commitment to Diana is made public, Princess Margarita, the Queen’s sister, has shown her suspicions in the link and does so publicly, commenting on it at meals and family gatherings. Helena Bonham Carter’s character does not hesitate to declare that this marriage is going to be unhappy, since Carlos loves Camila Parker Bowles.

Although Margarita is right, the truth is that in real life there is no evidence that Isabel II’s sister said such things. The Countess of Snowdon had a cordial relationship with Diana of Wales which subsequently soured.

This historical error is more controversial. Following the official story (in other words, Charles’s version), the Prince of Wales resumed his affair with Camilla Parker Bowles, current Duchess of Cornwall, in 1986, after his marriage to Lady Di deteriorated.

The series shows that Carlos, in truth, had an affair with Parker Bowles since before meeting Diana and that this relationship continued in parallel with their engagement and subsequent marriage. In this way, Peter Morgan follows what was stated by Lady Di for the book that Andrew Morton wrote about his life in 1992, which leads to the question of which version is the most truthful.

8.- THE CONVERSATION WITH THE INTRUDER

The fifth episode of the fourth season, ‘Fagan’, talks about how this unemployed painter and decorator twice raided Buckingham Palace, getting to enter the Queen’s bedroom, which he woke up. In ‘The Crown’, before the intruder is arrested, he has a political conversation with the monarch about the management of the Thatcher government.

Police reports said that Fagan did indeed sit on the edge of Isabel II’s bed. However, Fagan told The Independent in 2012 that the Queen, as soon as she woke up, fled her rooms and asked someone from the service for help. Both in one version and in another, there is no record that both had a conversation.

Incredibly, Diana of Wales’s ‘Uptown Girl’ dance is completely real. The gift that Lady Di offered to her husband was as authentic as the rejection that Carlos showed in the episode.

However, there is no record that the princess sang ‘All I Ask of You’, from the musical ‘The Phantom of the Opera’, as a gift to the heir to the Crown. It is true that he gave her a VHS of the work, but it is not proven that she sang.

Earlier this year, a photo leaked from the filming of the fourth season, which showed that a poster announcing the presence of Queen Elizabeth II and her husband, the Duke of Edinburgh, at the Royal Variety Performance in 1984, a Variety show organized by the BBC and attended by several members of the royal family.

However, the queen and her husband did not attend the 1984 gala, being represented by the Queen Mother and the princes of Wales. A corrected error, because in the fourth season, the sequence corresponding to this show does not appear.

These were the details of the news 10 Historical Mistakes From The Crown Season 4 for this day. We hope that we have succeeded by giving you the full details and information. To follow all our news, you can subscribe to the alerts system or to one of our different systems to provide you with all that is new.