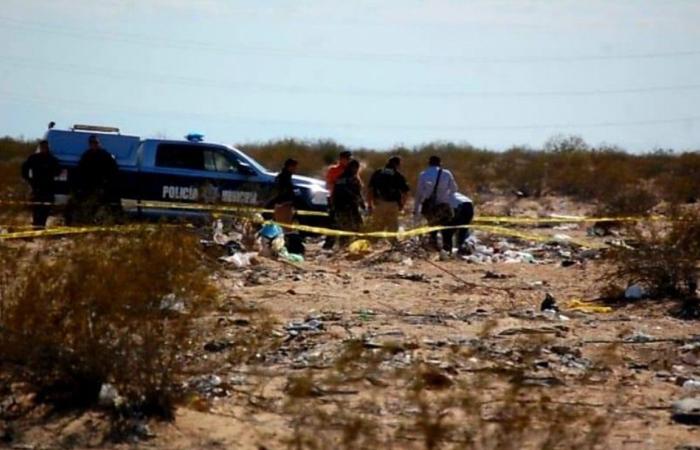 The woman was identified as Candi Lee López, who was wanted by the US Marshals in the United States for the crime of fentanyl trafficking.

The Municipal Public Security Directorate reported on the discovery that occurred at 9:00 a.m., after an injured woman was reported in the desert area South of the city.

Upon arrival, the Municipal Police unit confirmed the fact, requesting the presence of paramedics, who verified that he no longer presented vital signs.

Also read: Crime incidence increases during October; second month with the most crimes of 2020

The scene was cordoned off to preserve the evidences and delivered to elements of the Ministerial Criminal Investigation Agency.

Is the State Attorney General’s Office who investigates the causes of death.

Also read: What is a femicide and what is the difference from homicide?

The victim He was 39 years old, and according to the website www. maricopapublicrecord.com had been arrested on April 15, 2019 in Maricopa County, Arizona, south of the United States.

An international order to cooperate in his arrest states that the United States Federal Sheriff’s Office was searching Candi Lee as fugitive from justice, for the crime of trafficking in fentanyl and possession of fentanyl with the intention of distribution.

Also read: Names of victims of femicides are placed in the streets of Tamaulipas

According to the Secretariat of the National Public Security System, from January to October of this year, they have registered 23 victims of femicide in Sonora. However, the month of November has been tragic for women, at least seven other women who lost their lives violently have been found.

These were the details of the news Woman wanted by US police found dead in Sonora for this day. We hope that we have succeeded by giving you the full details and information. To follow all our news, you can subscribe to the alerts system or to one of our different systems to provide you with all that is new.