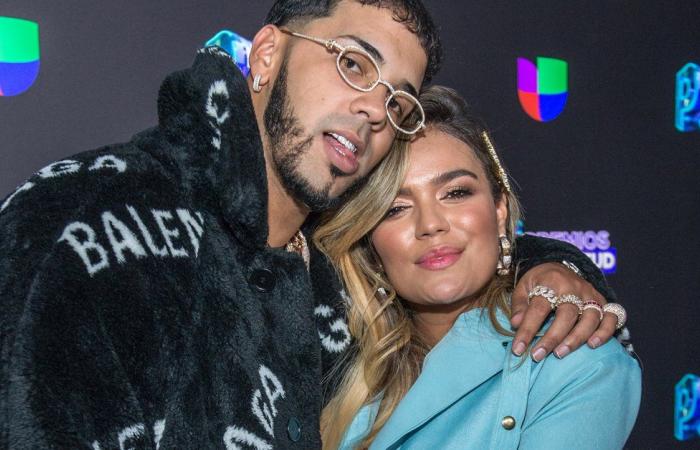 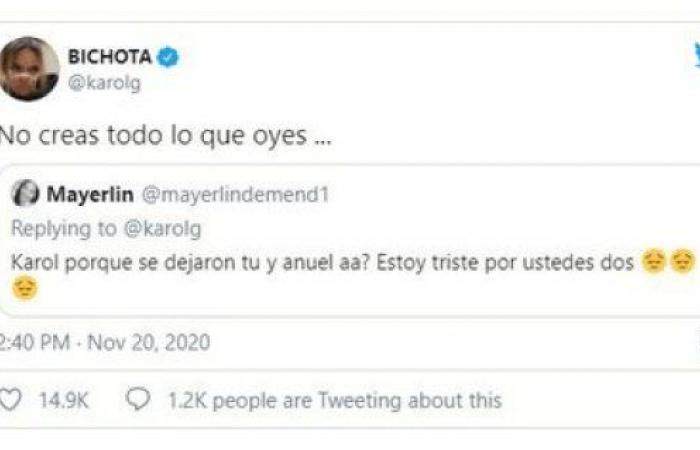 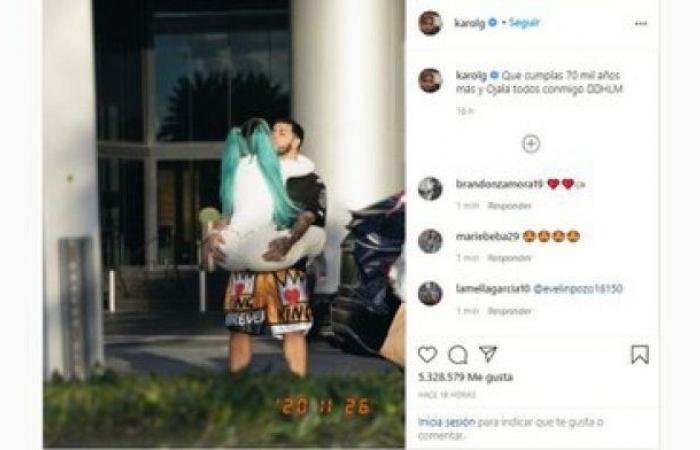 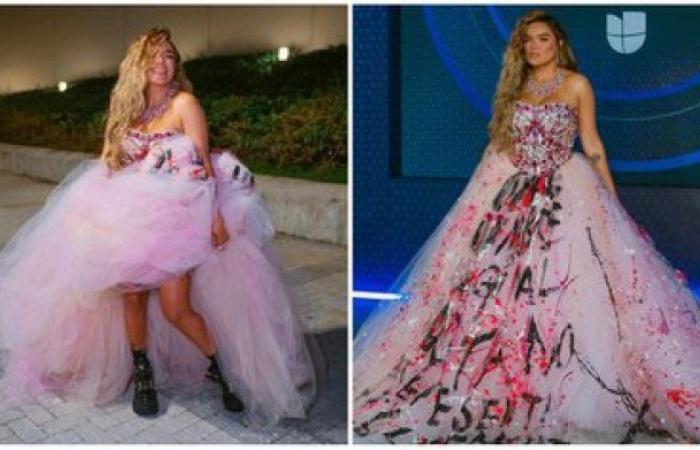 In the image, the Puerto Rican singer & # 241; o Anuel AA (i), along with his partner, the Colombian singer Karol G. EFE / Giorgio Viera / Archive

The Puerto Rican reggaeton singer Anuel AA turned 28 on November 26, his celebration took place in a special moment, because For several weeks his followers and those of the Colombian singer of the same genre, Karol G, assured that their relationship had ended because they no longer saw them together.

Neither of them had officially commented on it, just Karol G had responded to a trill leaving on the table the possibility that the rumor was false. 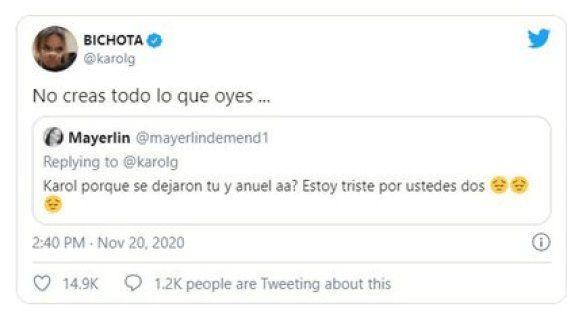 However, it would be on her boyfriend’s birthday when the Paisa singer knocked down all the rumors and showed that both are still living a love relationship. A picture is worth a thousand words, neither Karol G nor Anuel AA had to make a public statement to confirm their relationship, a photo of them hugging in which she wishes him a happy birthday showed that the rumors were false. 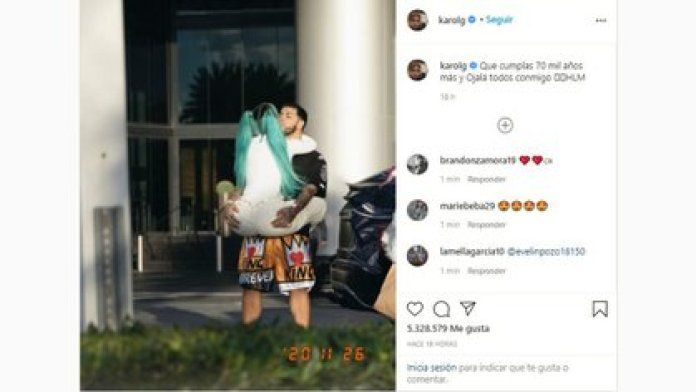 The publication that carries more than five million ‘likes’ It was accompanied by the text “May you turn 70 thousand more years and hopefully all of you with me”, at the end he added the letters HLM that many followers assume is a code message that only the two of them understand.

The image revived the hope of many of his followers who in his previous publications asked him about Anuel and asked him to “come back with him”. In this new publication the fans commented: “my soul returned to my body”, “So it was when I believed the news that they were not together????”, “I did not know I needed this photo in my life”.

And is that The photo leaves no room for doubt, it seems that Karol G had thought about every detail to confirm that she and the Puerto Rican have not separated for a second, despite the fact that she has been in multiple commitments in the United States. In the lower right corner of the image is the date 20 – 11 – 26, so that no one thinks that the image is old, in addition, they are not only kissing and hugging, the paisa is hanging from it.

“If this image does not show that they are still together I do not know what else,” said one of the followers in the publication.

Although neither of them published images about how was the celebration of the 28 years of Anuel AA, Several fan accounts have shared images of the celebration, in which the Puerto Rican would be sharing with his family while they sing him happy birthday. However, it cannot be confirmed that the images are not from a previous celebration.

WHAT DID KAROL G’S DRESS SAY AT THE GRAMMYS AND WHY DO SOME THINK IT WAS AN INDIRECT TO ANUEL AA?

Many were slow to understand the text that was written on the skirt of Karol G’s dress; but nevertheless, When they finally discovered it it was not a great surprise, in fact, the surprising thing is that it took them so long to realize it.

Read More: Karol G responded to criticism for her Dolce & Gabbana dress at the Grammys and told why she chose it

“A man paid him badly, he no longer looks sentimental,” it said on the skirt and, in case you have lived under a rock, it is part of the lyrics of your most recognized song “Tusa”. Of course, this has not been confirmed by the artist, it was rather her most adept followers who assured that the words that were lost between the folds of the dress contained the lyrics of the song. 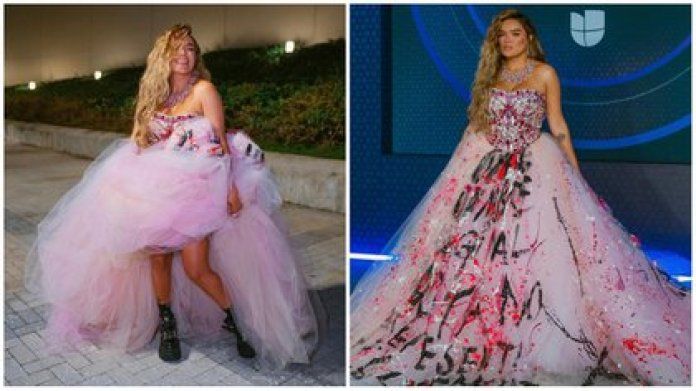 It would not be a surprise if the singer had that written on her skirt, in the end it is the song that has brought her the most success on the national and international music scene. However, many believe that it is not simply about highlighting her song, but that it is a message for her partner Anuel AA, a rumor that, obviously, has already been denied by the artist herself.

MORE ON OTHER TOPICS:

These were the details of the news The photo that proves that Karol G and Anuel AA are still together for this day. We hope that we have succeeded by giving you the full details and information. To follow all our news, you can subscribe to the alerts system or to one of our different systems to provide you with all that is new.