My position on you will not change .. Ahmed Fahmy sends... 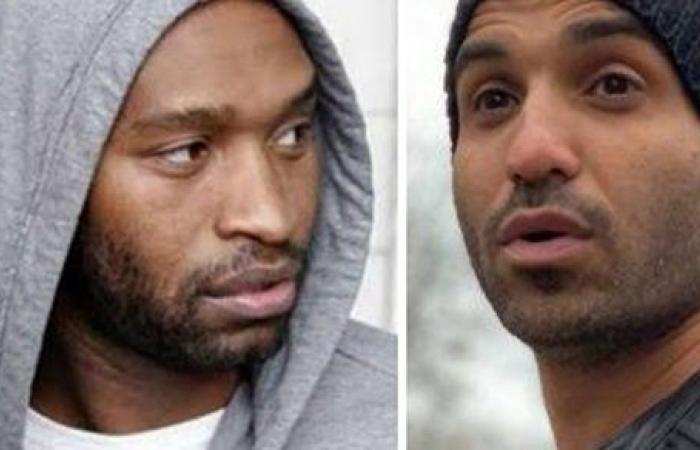 The artist Ahmed Fahmy published a comment on his account on the social networking site Instagram in which he apologized to the Shikabala player, after circulating an insulting picture of him from some fanatics.

Ahmed Fahmy said: “Despite my severe disagreement, there is no reconciliation from afar, nor is there a relative between me and evidence, but the subject of the dog and the video is a very racist need, the frankness and an ugly view … We are a large and respectable audience, and we say a mistake even if it is seen from us.” Apologizing for this shot is a duty … I apologize to you … but my position on you will not change. ”

A crisis erupted between Ahmed Fahmy and Shekabala in Phil Wedding, a member of the Zamalek club, and many stories circulated about the causes of the argument between Ahmed Fahmy and Shekabala, Ahmed Darwish, director of the artist Ahmed Fahmy, tried to settle the controversy and clarify the full details through a video clip in which he revealed the details of the argument between Fahmy Shikabala, pointing out that the artist was shaking hands with the player of the Zamalek club cordially after the previous dispute between them after the Super match that brought together the Al-Ahly and Zamalek teams, in the Emirates, stressing that Shikabala did not stop transgressing against him and the fans of the Al-Ahly club.

Ahmed Fahmy, the director of the artist’s works, said in the video that he published through his personal account on the social networking site “Facebook”, and was re-published by Ahmed Fahmy through his personal account as well, “We will talk about the issue that took a trend on social because of what happened between the artist Ahmed Fahmy and a player. Zamalek Club .. The topic has a background before we will tell it so that the issue remains clear to all people, because there is incorrect news.

He added, “The beginning was after the Super Match in the Emirates and the lewd references from the Zamalek club player, Ahmed Fahmy, who posted the post at the time on the social media, and said,” You, Shikabala, are installing a bonus at the expense of the Zamalek club and treat yourself to Zamalek, and you were talking to me when your professionalism failed in Portugal and you wanted to come back. ” At the Al-Ahly club … I contacted me and spoke to me more than once so that I could communicate with the Al-Ahly club officials. ”

Ahmed Fahmy contacted Al-Ahly club officials and the club’s officials. They met the issue with rejection .. and my understanding said this topic .. Shekabala considered that it was an insult and that he was exposed in front of the Zamalek fans .. Then Ahmed Fahmy was the first one who defended Shikabala and posted the post rejecting bullying and the error in appearance and skin All forms of bullying is not permissible, and he said that it is outside of sport and has a relationship with humanity .. He said I am clearly supporting Shikabala.

Regarding the altercation that the cameras monitored at the wedding, he said, “We were in the joy of one of the friends who is a former board member in the Zamalek club … Mustafa Al-Amari, one of the mutual friends between Fahmy and Sheikabala, said it,” Oh my understanding and peace … Fahmy went with all affection and said: “How are you, check.” This happened. Adam happened in person .. Shikabala said: “You say on social media that I am riding a knot,” and my understanding said: “This is not his time nor his scope. We are speaking with friendliness. One of our companions is happy.” So he said, “No .. You confuse me on social media. ”

He pointed out that Fahmi said to “Shikabala”: “You made a mistake about people belonging to me,” and continued, “Shikabala insulted Ahmed Fahmy and the Al-Ahly fans, and at this moment Ahmed Fahmy responded as a fan and mistook him directly for himself and did not offend the Zamalek club or the Zamalek fans, and the quarrel remained between someone.” He is a mistake in Al-Ahly, and he responds to him for himself. “

These were the details of the news My position on you will not change .. Ahmed Fahmy sends... for this day. We hope that we have succeeded by giving you the full details and information. To follow all our news, you can subscribe to the alerts system or to one of our different systems to provide you with all that is new.