his family comes out of silence and calls for the greatest... 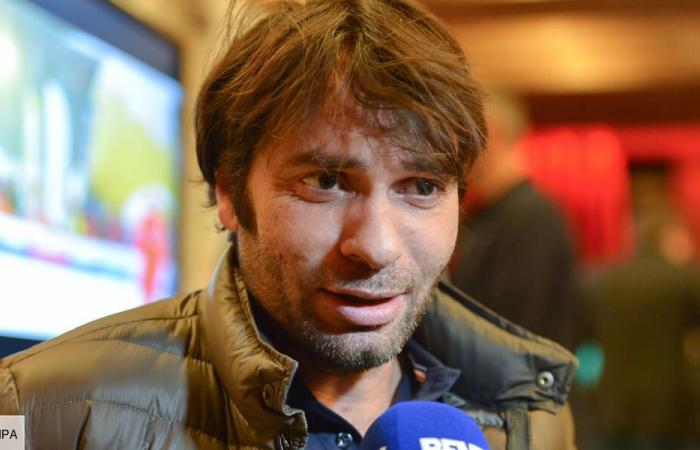 There are still many gray areas since the death of Christophe Dominici. His wife, Loretta Denaro, formally denies the suicide thesis, but testimonies would rather go the other way. The rugby player’s family came out of the silence on November 27 …

It is a drama that has turned the world of French rugby upside down. Tuesday, November 24, 2020, Christophe Dominici, one of the legends of the XV of France, was found dead in the park of Saint-Cloud (Hauts-de-Seine). The multiple champion of France, nicknamed Domi, marked the history of tricolor rugby with an impressive track record: sixty-seven matches in the national club, three World Cups including a semi-final in 1999 against the essential All Blacks. Aged only 48, the former star of the XV of France and the Stade Français had gone through very painful episodes in his youth and he was sometimes in the grip of a rather severe depression, which had caused his hospitalization in 2000. The track d ‘an accident is not excluded, with the testimony of a cyclist for whom the fall would not have seemed intentional, and that of his wife who “firmly rejects” the suicide trail.

However, some of his relatives described to investigators the malaise in which the 48-year-old man had been plunged since the failure of his plan to take over the Béziers club, according to comments reported by The team. According to a relative of Christophe Dominici, he was “saddened” after the failure of the plan to take over the Béziers club. “It obviously affected him this story“. This same individual confided that the athlete was”not always very clear “ in his ideas and his words. A state “depressive“would have even been diagnosed in the father of the family. Reason why a”heavy drug treatment“would have been prescribed to him, so as to alleviate the symptoms of depression.

The suicide thesis “is not proven, and cannot, as it is, be accredited “

However, this November 27, the family of Christophe Dominici let it be known that she did not believe in the suicide thesis. In a statement sent on Friday, she said she regretted that “certain statements according to which Christophe would have knowingly put an end to his days were relayed in the media; affirmations that the family intends to preserve. This thesis – particularly easy – is not proven, and cannot, as it stands, be accredited. The family therefore asks those who may comment on the circumstances of his death to respect his memory and our hope.“. According to The Parisian, toxicological analyzes must be carried out to find out if the victim had consumed toxic or psychotropic substances which could support the thesis of a loss of balance.

These were the details of the news his family comes out of silence and calls for the greatest... for this day. We hope that we have succeeded by giving you the full details and information. To follow all our news, you can subscribe to the alerts system or to one of our different systems to provide you with all that is new.