3 people violating the inviolability of Maradonas corpse with “Sylvie” and... 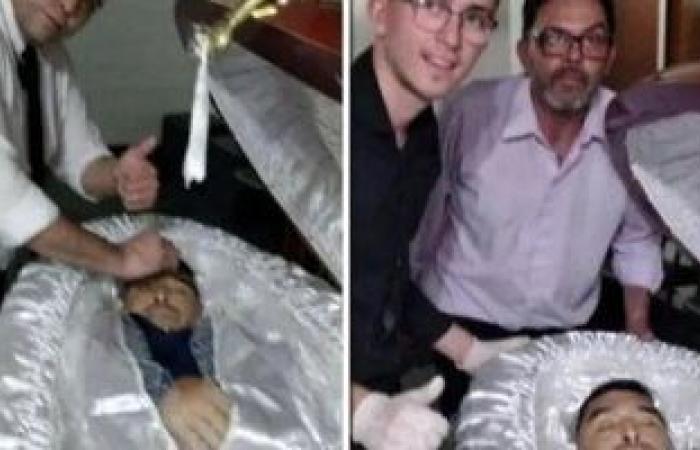 According to local media, the Argentine police, accompanied by members of the Prosecutor’s office in Buenos Aires, raided the homes of the 3 people, confiscating 3 mobile phones, a laptop computer, a USB storage unit, and the shirts they wore while taking pictures..

The three individuals were summoned for interrogation by the Public Prosecutor’s Office, but were not arrested because the potential crimes committed were not criminal.

It is decided that the 3 people will initially face the charge of “a possible violation of the inviolability of the body of a deceased” and “a violation of personal rights of a very special nature”, by taking pictures of Maradonas body inside the headquarters “Sepelios Pinier” The most famous in Argentina in preparing and funeral.

It is worth noting that the 3 people were working in the company, and they were assigned to take care of the body of the football star, who died at the age of 60, after suffering a heart attack..

One of those people, Claudio (48 years old), received numerous threats over the phone from a group of Argentines Juniors fans, in which Maradona was playing..

Claudio apologized for not taking these photos, and he appears in one of them alongside his 18-year-old son.

For his part, threatened Mattia Morla, lawyer for Diego Maradona, the three people who took selfies with the corpse of the Argentine legend, saying, “They will pay a heavy price.”

The Italian newspaper “La Gazzetta dello Sport” confirmed that the three were initially expelled from their work sites, after this disgraceful behavior, after they took selfies while transporting the body from the place of Maradonas death to the presidential palace of Casa Rosada in Buenos Aires.

These were the details of the news 3 people violating the inviolability of Maradonas corpse with “Sylvie” and... for this day. We hope that we have succeeded by giving you the full details and information. To follow all our news, you can subscribe to the alerts system or to one of our different systems to provide you with all that is new.