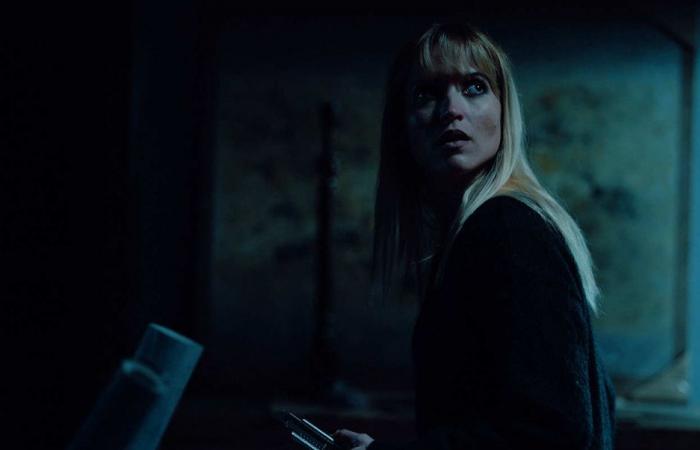 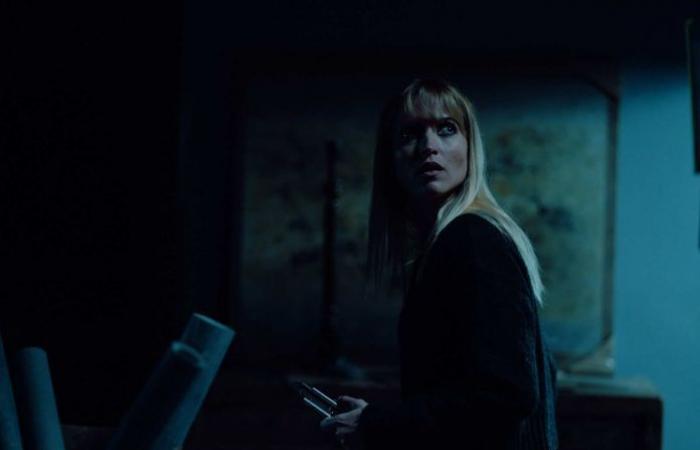 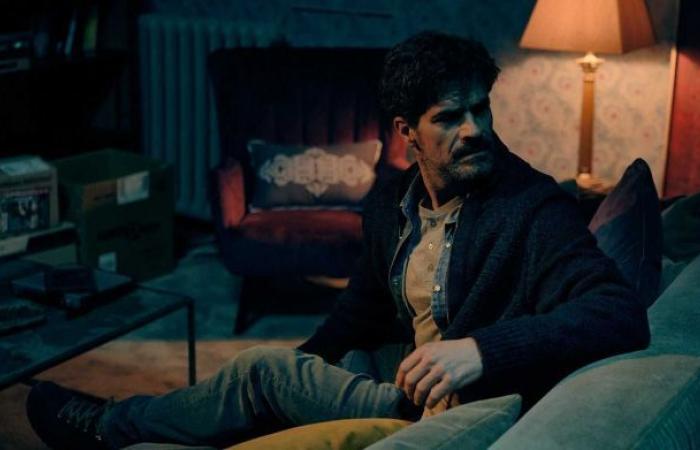 Looking for a movie that makes you jump on the couch in terror even though you never admit it in front of your friends? We have found the perfect option on Netflix: it’s called Voices, is Spanish and probably one of the most effective and interesting horror films of this fateful year, which has already been terrifying in itself.

Directed by Ángel Gómez Hernández, it tells the story of a married couple, Sara (Belén Fabra, whom you may remember from Diary of a nympho) and Daniel (Rodolfo Sancho, like you’ve seen in The Ministry of Time) who is dedicated to buying old mansions, restoring them and selling them to the highest bidder. Yes, as in The curse of Hill House, and the similarities won’t end there. In his new residence, his 9-year-old son, Eric (Lucas de Blas), will begin to experience strange phenomena of the type “Sometimes I hear deaths.”

The film does not beat around the bush: from the first scene we see that the child is being stalked by strange voices, which a psychologist attributes to the lack of stability to which his parents have subjected him and an imagination too crazy even for his age. But that theory will be discarded when a fly sneaks into the woman’s ear and causes her to crash into a tree, a scene that Eric had already drawn even before it happened. What is behind those flies that inhabit the house? What does this child’s ability to draw what is to come imply? What is causing these paranormal phenomena in the house? Could it be that everything is in the child’s imagination?

We come to offer answers. So here is the first warning: BEWARE OF SPOILERS.

Well, it turns out Voices adapts in his own way a very famous topic of horror movies: that of the houses built on Indian cemeteries and haunted by the spirits that emanate from their tombs. Only here the person responsible for all the paranormal activity is a witch who was brutally tortured and murdered at the time of the Holy Inquisition, who had installed in that place a court for women who were accused of witchcraft. The rotten corpse of one of them is still in the catacombs of the mansion, and her anger is what causes all the events that we see in history: the death of the psychologist in the car accident, the shadows that lurk around the corners , Eric’s drowning in the pool …

After the death of the child, his father decides to stay in the house to finish this reform in which they have invested all their money, while the mother goes to her parents’ house to mourn. Thus, Daniel lives the most 2020 moment possible: a psychophony slips into a WhatsApp audio. And it seems that it is his son asking for help from the Hereafter. That is why he decides to ask for help from an expert in psychophonies, Germán (Ramón Barea), who after hearing the evidence is convinced that his case is authentic. With his skeptical daughter Ruth (Ana Fernández, one of Cable girls) as an assistant, they move to the place to detect presences. And that’s when everything starts to go crazy.

The witch begins to do her thing: the stray kittens appear hanging from a tree, the medium tries to cut his veins before a projection of his deceased wife and Sara, who had come to visit after receiving a call from her son (!!) , hangs himself while under the influence of the fly, which we now know is one of the villain’s flying minions to control people’s actions. This will be important later. 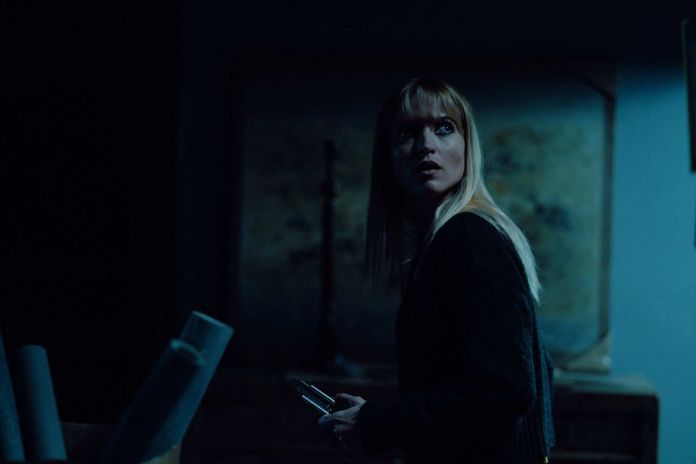 In the face of these events, drastic measures are required. They conclude that the only way to kill a witch is by burning her, so they split up to get what they need to incinerate the remains of her corpse and end this nightmare. But it is not so easy to resist the power of the witch, who stalks them one by one: Germán and Ruth with the memory of their wife and mother (who inexplicably committed suicide years ago), and Daniel with Sara and Eric. The former live a moment of tension when a Ruth possessed by the fly stabs her father in the belly, but he manages to light the fire just in time to dismantle the influence of the spirit, which was also inducing the protagonist to burn alive in the garage of the house after living a moment At the end of the stairs with a red ball.

The witch is (re) dead and the trio have survived. But Voices he still has a surprise up his sleeve. Daniel walks into his son’s room and sits dejectedly on the bed. He looks at the wall and something clicks in his head: Eric’s drawings. If we remember, at the beginning of the film, the child affirms that the voices speak to him and that from time to time they ask him to draw things. What things? Well, surprisingly, everything we’ve seen. Everything that has happened in history seems to have been orchestrated by the witch, who knew exactly how everything was going to unfold.

That includes an event that we did not see, and that is the big surprise at the end: the fly it infiltrated Daniel’s body from the beginning, not to force him to take his own life, but that of his son. Indeed, the “accident” at the pool was actually a murder, which was portrayed for posterity in one of Eric’s drawings. Seeing him, his father understands everything and cannot bear it. Although you do not have to be very imaginative to know what you have to do: there is also a drawing that shows how you shoot yourself in the head with the shotgun. And so it does. The last image closes the circle of the film: an overhead shot of the pool, where at first there was a red ball that Eric could not reach and now there is another red element, a large stain of blood, surrounding Daniel’s lifeless body . 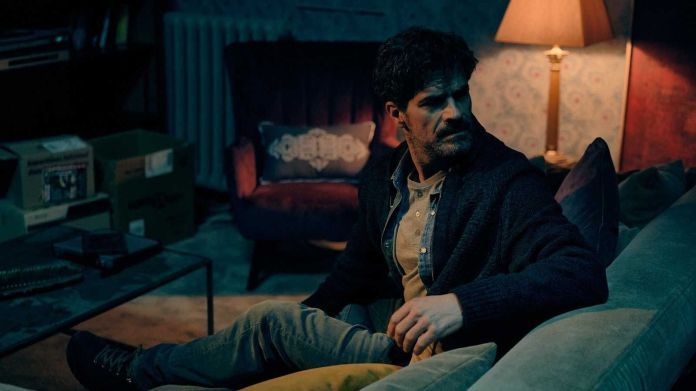 Also, we hear one last fly buzz just before the credits. Are you telling us that the witch could still be alive and sending her spy flies to new bodies? Or is it just a fly that fluttered by and with which the director puts a little fear in our bodies? Be that as it may, Voices ends on that note after an hour and a half of jumpscares of the highest quality, and a story that talks about accepting the loss, processing the trauma and, above all, continuing to live even with what we cannot understand, explain or assimilate. At least it’s the lesson Germán and Ruth learn, because the others are dead.

This content is created and maintained by a third party, and imported onto this page to help users provide their email addresses. You may be able to find more information about this and similar content at piano.io

These were the details of the news The ending explained of the horror movie on Netflix for this day. We hope that we have succeeded by giving you the full details and information. To follow all our news, you can subscribe to the alerts system or to one of our different systems to provide you with all that is new.