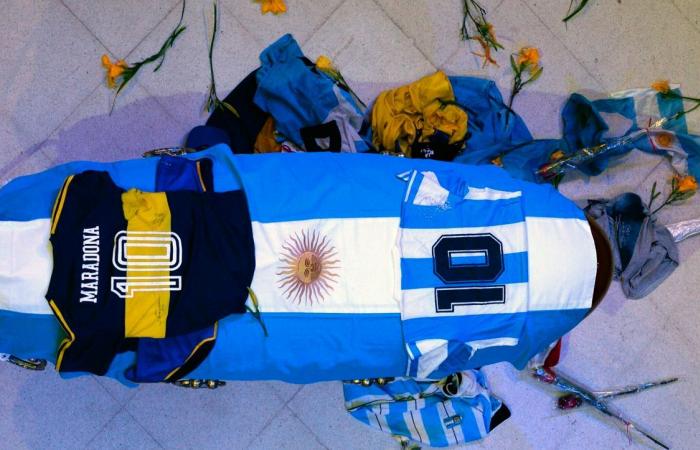 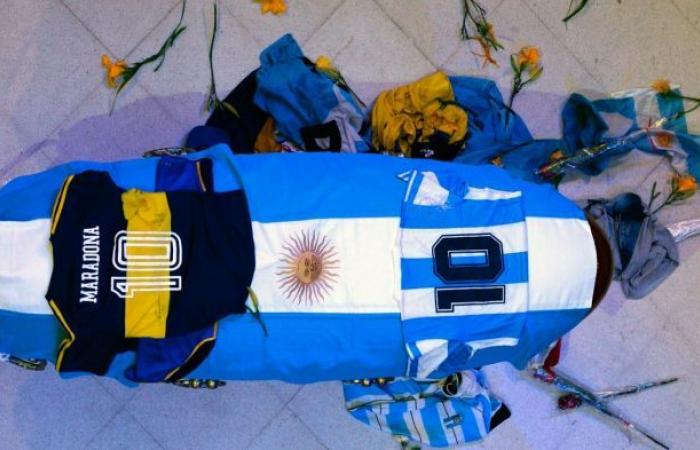 Three employees of an Argentine funeral home have posed for photos next to Maradona’s body by the open coffin. The pictures are circulating on the net, as reported by the BBC, among others. The lawyer for the late football legend announced via Twitter that he would take action against the “villains”.

The two pictures show the men standing next to the open coffin. Two men raise their thumbs, one of them also touching the dead man’s head.

Matias Picon, head of the funeral home responsible, told local media that the men were “loaned workers” who helped carry the heavy coffin.

“We are devastated,” said Picon to the portal “TN”. Maradona’s family trusted him, which is why he was so concerned. He phoned the ex-wife of the deceased, Claudia Villafañe. She was “angry”.

One of the three men told a local radio station that they had been fired. His son took the picture spontaneously, the action was not planned. He had received death threats, including from residents of the Buenos Aires neighborhood in which he lived.

The Telam news agency reports that the prosecutor has not yet received a complaint. Since it is an application offense, no investigations have yet been initiated.

Argentina’s football idol Diego Maradona was buried next to his parents on Thursday in the Jardín de Bella Vista private cemetery in a suburb of Buenos Aires.

Only his relatives and close friends attended the funeral. The coffin had previously been brought to the cemetery in a funeral procession from the government palace Casa Rosada in the historic center of Buenos Aires. Numerous fans lined the route and paid their last respects to their idol.

From 1976 to 1997 Maradona played in Argentina, Spain and Italy for the clubs Argentinos Juniors, Boca Juniors, Barcelona, ​​Naples, Seville and Newell’s Old Boys. With the Argentine national team, he won the world title in 1986 with a 3-2 final victory over Germany.
Icon: The mirror

These were the details of the news Diego Maradona: Selfie on the open coffin – men cause outrage for this day. We hope that we have succeeded by giving you the full details and information. To follow all our news, you can subscribe to the alerts system or to one of our different systems to provide you with all that is new.