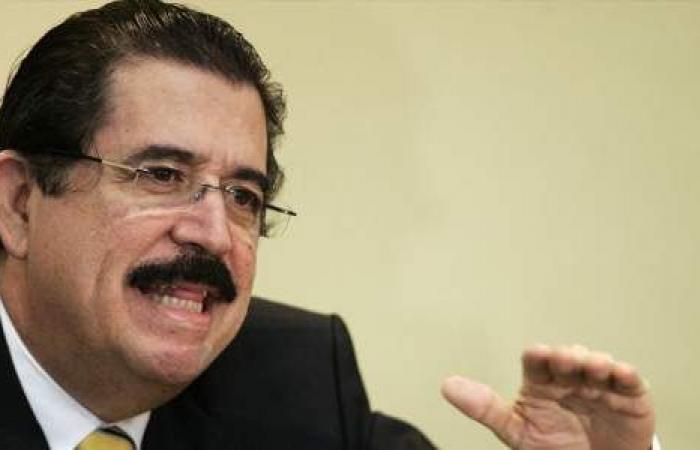 Manuel Zelaya Rosales, former president of Honduras, denounced this Friday that he was detained at the Toncontín international airport in Tegucigalpa when he was supposedly trying to leave the country with $ 18,000 (more than 440,000 lempiras).

“I report that I was unjustly detained at the Toncontin airport when I was preparing to travel to the PT Seminar in Mexico. It is caused by a bag of money with $ 18,000; that is not of my belonged. Now in the presence of fiscal“the ex-president wrote on Twitter.

Mel Zelaya informed the media that he was leaving for Houston, Texas, to make a stopover and then travel to Mexico City, however, he could not board the flight that took him to land americans.

The former president agreed to know that all the people who leave the country and who have more than 10,000 Dollars in cash they must declare the amount of money, but denied that the money found is his. “I’m going via Houston, to United States, then to Mexico; In what point of view is it going to happen to me to take $ 18,000 and come back on Monday? “

Zelaya said the money was detected in one of his personal items. “When they pass a carry-on bag, I put it to pass the X-rays and they asked me about a manila bag and I told them ‘that’s not mine and I don’t know the origin,'” explained the leader of the Libertad y Refundación party.

“We counted it and then they detained me, I could not board the flight and now the scandal will come over this situation. The authorities do their duty and they will not let me leave because there are more dollars than I can legally carry,” he added. Zelaya.

The former president said that the money could have been placed in his carry-on bag when he arrived at the airport in the Honduran capital, so the authorities should review the security cameras.

These were the details of the news Former President Mel Zelaya is detained with 18,000 dollars at Toncontin airport for this day. We hope that we have succeeded by giving you the full details and information. To follow all our news, you can subscribe to the alerts system or to one of our different systems to provide you with all that is new.