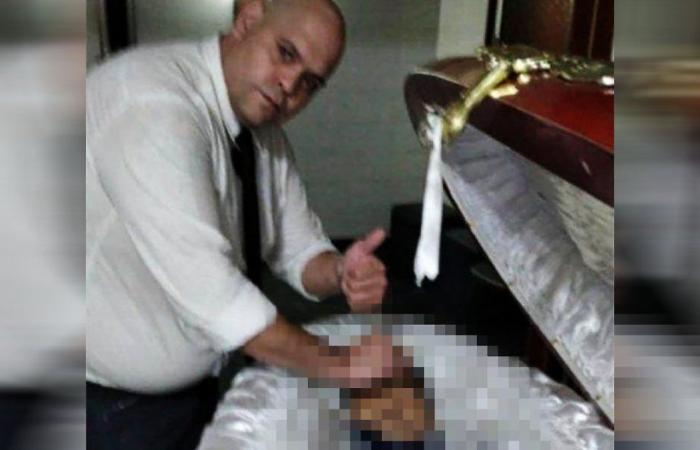 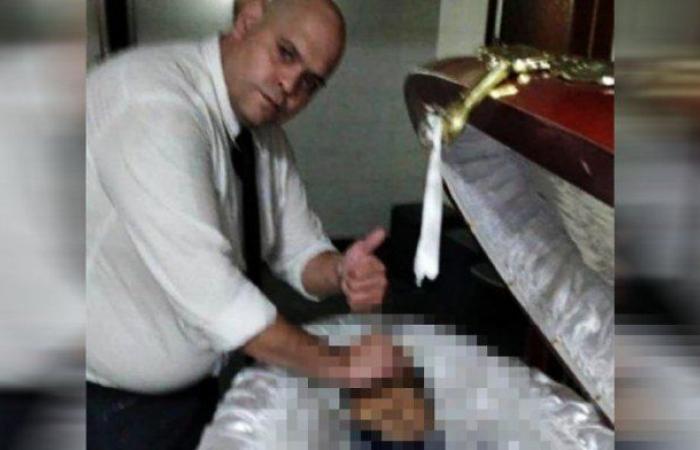 A tasteless snapshot in front of the open coffin of football legend Maradona has serious consequences for an undertaker from Buenos Aires: Not only does a shitstorm break in on social media, he also has to look for a new job.
Diego Molina could not resist the temptation: The undertaker from Buenos Aires used the moment before the body of football legend Diego Maradona was laid out to pose in front of the open coffin – with his thumbs up. The Argentine later published the photo on social media. And there it made waves. The outrage over this bad taste is so great that his employer has since fired him, according to the newspaper “Minuto Rioja”.

Molina was by no means the only employee who was photographed with the corpse. His colleagues Claudio Fernández and Ismael Fernández also took photos with the deceased footballer. The company boss Matías Picón told the “Ciudad Magazin” that the three would only accept orders for him occasionally. The incident was particularly annoying for him because he had promised Maradona’s ex-wife, Claudia Villafane, that no one would photograph or touch the body.

The three “assholes”, as Picón calls them, would have used an unobserved moment to take the pictures. The entrepreneur said he had personally apologized to Villafane for the incident. “She was very angry and told me that her worst fears had come true.” The lawyer for Maradona also found clear words on Twitter: He called Molina a “bastard” and announced that he would not rest before “he has paid for this derailment”.

Tumult and chaos at the wake

Even at the wake of the Argentine national hero on Thursday there was a real tumult. The rush of tens of thousands of fans was so great that there was a crowd in front of the presidential palace where the dead man was laid out. Barriers were torn down and the police pushed the crowd back with tear gas and rubber bullets.

Maradona died of cardiac arrest on Wednesday at the age of 60. A blood clot had been removed from his brain in early November. He was recovering from the procedure at his home on the outskirts of Buenos Aires when his heart failed.

These were the details of the news Because of a selfie with the corpse: Maradona’s undertaker has lost... for this day. We hope that we have succeeded by giving you the full details and information. To follow all our news, you can subscribe to the alerts system or to one of our different systems to provide you with all that is new.