The channels of the Al-Ahly and Zamalek match in the African... 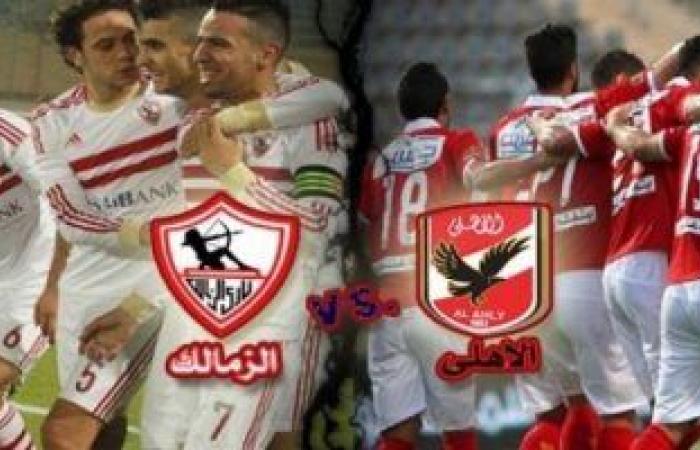 The channels broadcasting the Al-Ahly and Zamalek match scheduled for the ninth of this evening, Friday, at Cairo Stadium, in the African Champions League final, to settle the champion of the current version, who is crowned with the African title in a historic match between the two teams for the first time on the African continent.

The channels of the Al-Ahly and Zamalek match

The African final between Al-Ahly and Zamalek will be broadcast on the ground “On Time Sport” channel, where it will cover the match with an analytical studio before and after the meeting, to follow the most important match in recent years between the two poles of Egyptian football, as it is the first time that the two giants meet face to face on the continent.

The match occupies great importance in light of it being the first confrontation between two teams from one country in the African Final, in addition to holding the final from one match only.

How did Al-Ahly reach the African Final?

Al-Ahly qualified for the final match of the African Champions League after its victory over Moroccos Wydad, where the first leg that was held between the two teams at Mohammed V Stadium in Morocco ended with Al-Ahmar winning two goals without a response, before confirming his superiority in the second leg in Cairo, and winning three goals against one goal , To cross the semi-finals with a score of 1/5, in the aggregate of the two matches.

Zamalek go up to the Champions League final

Zamalek qualified for the African Champions League Final after its victory over Moroccan Raja, with a score of 1/3, in the second leg of the semi-finals of the African Champions League, after winning the first-leg match with an unanswered goal scored by Moroccan Ashraf Bin Sharqi, the team’s wing, in the meeting that brought them together on Stade Mohammed V, in Casablanca, to qualify by Al-Ahly side by side in the African Final

These were the details of the news The channels of the Al-Ahly and Zamalek match in the African... for this day. We hope that we have succeeded by giving you the full details and information. To follow all our news, you can subscribe to the alerts system or to one of our different systems to provide you with all that is new.