Lewandowski supports Mustafa Mohamed before the African final against Al-Ahly 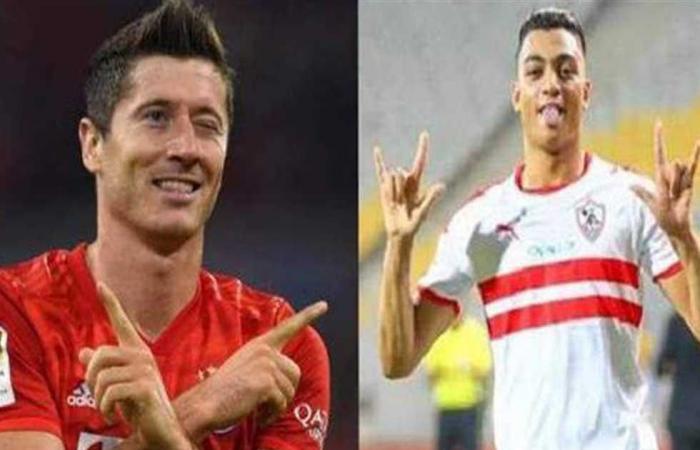 Subscribe to sports news and stay on the playground

Bayern Munich and Poland striker made Robert Lewandowski Support for Zamalek striker Mostafa Mohamed, before the African final between Zamalek and Al-Ahly on Friday evening.

And the Bayern Munich striker appeared in a video, saying: “Hello Mustafa Mohamed, I wish you success in the final match, take care of yourself and all the best.”
Al-Ahly is preparing for a decisive confrontation in front of its traditional rival, Zamalek Club, at nine in the evening at Cairo International Stadium in the African Champions League Final.

Mostafa Mohamed scored 8 goals in 13 matches in the CAF Champions League this year.

These were the details of the news Lewandowski supports Mustafa Mohamed before the African final against Al-Ahly for this day. We hope that we have succeeded by giving you the full details and information. To follow all our news, you can subscribe to the alerts system or to one of our different systems to provide you with all that is new.