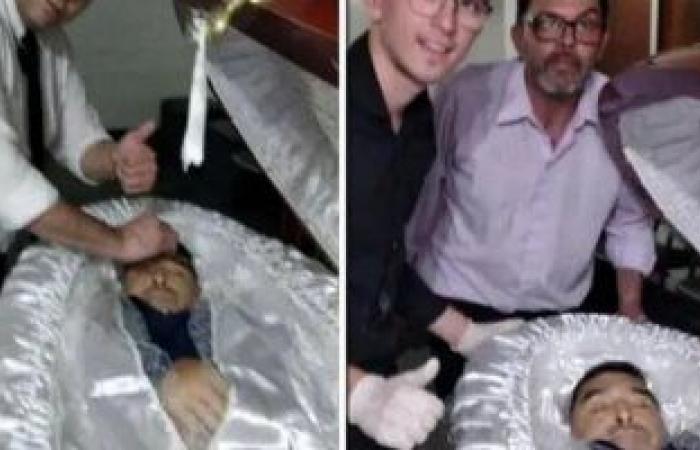 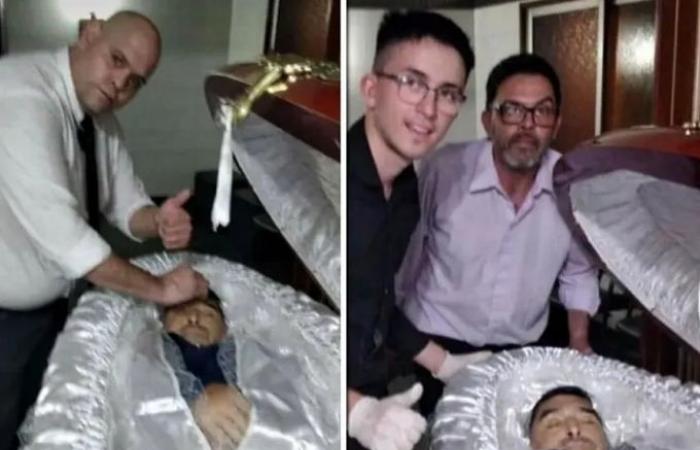 Recent pictures have spread of the late Argentine legend, Diego Maradona, lying inside the coffin before the burial ceremony that took place yesterday, and the pictures caused a stir in Argentina, because those who took them and spread them widely on the communication sites and others, are from the company that prepared his body and organized his funeral and burial, which is a company Sepelios Pinier The most famous in Argentina among funeral homes, according to Al Arabiya website.

After the spread of pictures on social media, and the appearance of two funeral directors to take a memorial photo next to his body, the company apologized in an interview conducted by a newspaper The nation The local office by phone with one of its owners, who indicated that the photographers are not official employees, but rather workers that the company sometimes uses in carrying and transporting them, and they were alone with his body for only two minutes, during which they hurried and took pictures.

The last picture of Maradona lying in the coffin

The company official responded to the spread of pictures on social media, as Al-Arabiya reported, saying: “Our reaction when we saw it was to cry and cry .. My brother is also called Diego and he owns the company with me, his house was blackened, and we do not know what to do, because we have a very good reputation. We dedicate our lives to our work, and the preparation we made was perfect. Everything is very coordinated, which we always do, but someone else destroyed us and made us shy. “

Argentina bid farewell to the most famous football legend in its history during the eighties and nineties of the last century, Diego Maradona, the troublemaker inside the stadiums, who died of a heart attack, at the age of 60, and his fans wore his sports shirt, and they grabbed him balls with his signature, and tears shed from different generations on An exceptional football player who ignited the crowd with his magic touches on the stadiums.

These were the details of the news Pictures showing Maradonas face lying in the coffin before his burial... for this day. We hope that we have succeeded by giving you the full details and information. To follow all our news, you can subscribe to the alerts system or to one of our different systems to provide you with all that is new.