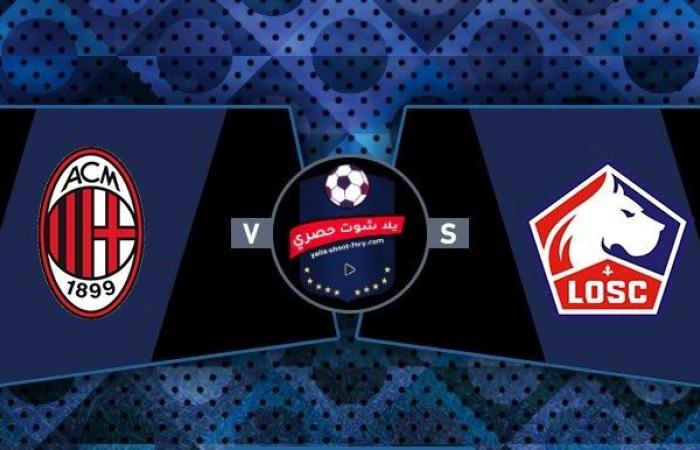 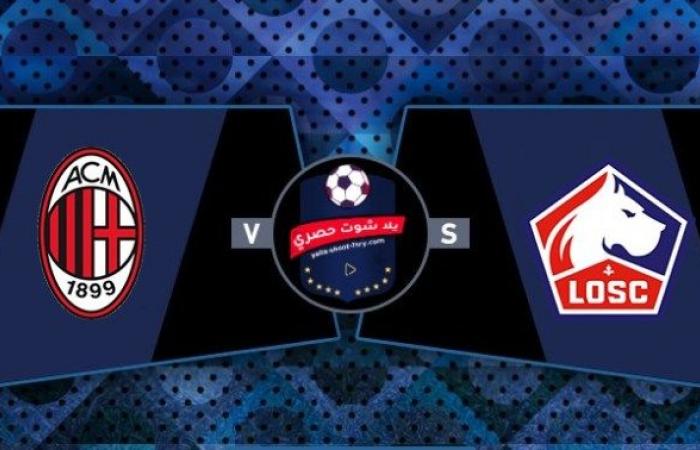 The live broadcast of the Milan match against Lille OSC vs Milan in the fourth round of the European League and in the framework of the Group H competitions, the French club Lille will host the Italian club Milan at eight oclock only five minutes in the French city of Lille in a match in which the two clubs compete for the top of the group and the match is broadcast Directly and exclusively in the Middle East on the first BBC Sport channel, accompanied by the voice of sports commentator Khalil Al Balushi.

The two teams enter the match and they are close in ranking and number of points, as the French club Lille occupies first place and top of the group with seven points from its three matches that it has fought so far, as it managed to win two matches, while a draw in one match was the first match of Lille in the European League against Sparta Prague in the Czech city of Prague, where the French came back victorious with four goals to one goal, but the French club Lille tied in its second match against Scottish club Celtic with two goals to a goal and then won in its third match when it was a guest in Milan, Italy, on the Italian club Inter Milan, where Win 3-0.

As for Inter Milan, it is ranked second, one point ahead of French club Lille, where it has six points. Inter Milan, of Italy, achieved two important wins over both Sparta Prague and Celtic of Scotland, to have six points that placed them in second group positions after Lille, in a strong competition between them.

These were the details of the news Watch the Milan and Lille match broadcast live today 11/26/2020 in... for this day. We hope that we have succeeded by giving you the full details and information. To follow all our news, you can subscribe to the alerts system or to one of our different systems to provide you with all that is new.