Diego Maradona is dead – three days of national mourning for... 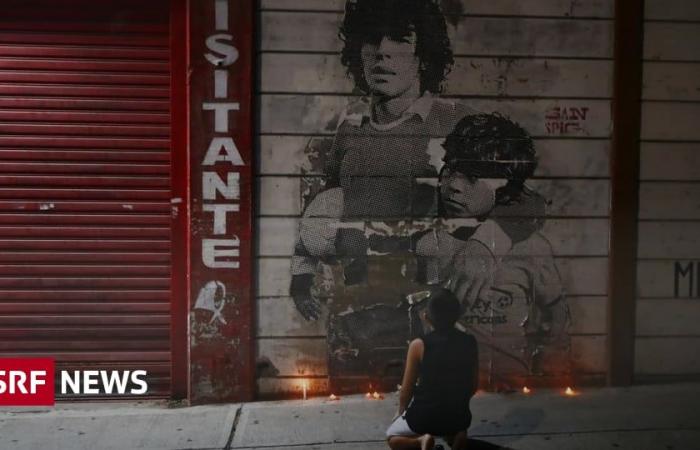 The coffin with the corpse of the football icon Diego Maradona arrived in the Argentine presidential palace on Thursday night. As the news agency AFP reported, hundreds of people were already queuing in front of the Casa Rosada when the coffin reached the building in an ambulance under great security.

The wake for the general public should begin Thursday morning at 6:00 a.m. (local time), according to a statement by the Argentine president. Maradona’s body will then be laid out in the presidential palace for three days. The government had previously ordered a three-day state mourning and announced that Maradona would receive a state funeral.

Shortly before midnight, Maradona’s ex-wife Claudia Villafane and his daughters Dalma and Gianinna came to the presidential palace. This was followed by Claudio Tapia, President of the Argentine Football Association (AFA), as well as a number of current and former players, including Maradona’s team-mates from the winning Argentine team at the 1986 World Cup.

These were the details of the news Diego Maradona is dead – three days of national mourning for... for this day. We hope that we have succeeded by giving you the full details and information. To follow all our news, you can subscribe to the alerts system or to one of our different systems to provide you with all that is new.