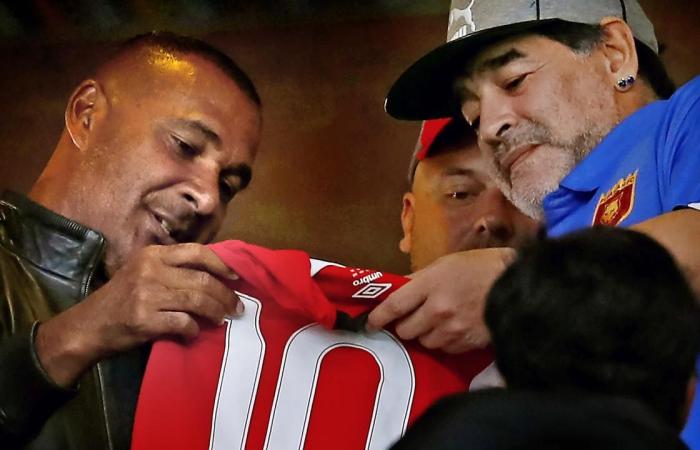 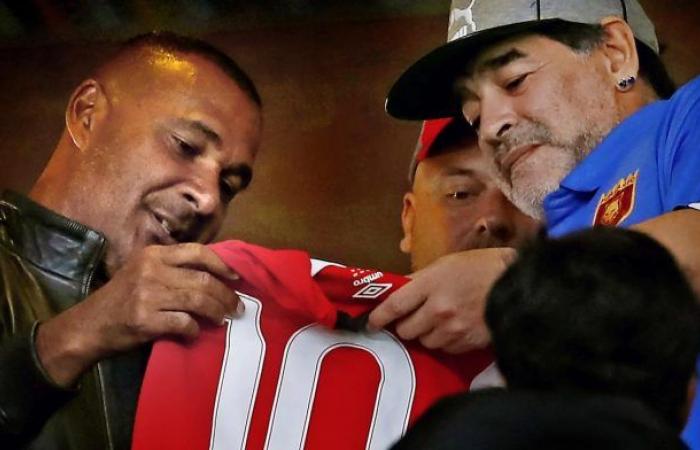 The news of the death of Diego Maradona (60) on Wednesday also reached Ruud Gullit and Willem van Hanegem. Both former footballers have fond memories of the Argentinian legend and consider him the very best player ever.

“I had to swallow. It feels like a part of me has also been taken away. I was dumbfounded. You knew he wasn’t going to get very old, but you still want to see him around you for as long as possible,” said Gullit on Wednesday in conversation with Ziggo Sport.

58-year-old Gullit encountered Maradona as a footballer between 1987 and 1990 in Serie A. The Dutchman was active at AC Milan, while the Argentinian was under contract with Napoli. “I have been able to see the best footballer ever, play football with him and play against him.

“I last spoke to him at a PSV game (PSV-AZ on 12 August 2017, ed.), Then Maradona was there with his team at training camp. It is always a hassle with him, because there is a lot of entourage around it, ”said Gullit.

“You could feel the pain in him. He had no life, he was always at home and could never leave. He was always haunted and that was endearing to hear. On the one hand he loved that too, but sometimes. that became too much. But as a footballer it was all pure talent. “

Maradona was also the best footballer ever for Van Hanegem. “Without a doubt. I played with Johan Cruijff for years and that was really a fantastic player, but Maradona was really the very best. I really enjoyed him”, 76-year-old Van Hanegem writes in his column in the AD.

“Maradona was so very smart in his way, as the best players on earth often meant very little at school. But call me another player who used his hand as genius as in 1986: Maradona against England. How angry those English were, but I enjoyed that action. It put the whole world on the wrong track, “said Van Hanegem.

The former Orange-international is therefore happy that he has seen Maradona play. “He has given people so much pleasure with his left foot. I don’t think there will ever be someone who is so very good. The football world is losing its great captain. Let’s be glad we saw this number 10 play.”

These were the details of the news Gullit and Van Hanegem unanimously: ‘Maradona was the very best ever’... for this day. We hope that we have succeeded by giving you the full details and information. To follow all our news, you can subscribe to the alerts system or to one of our different systems to provide you with all that is new.