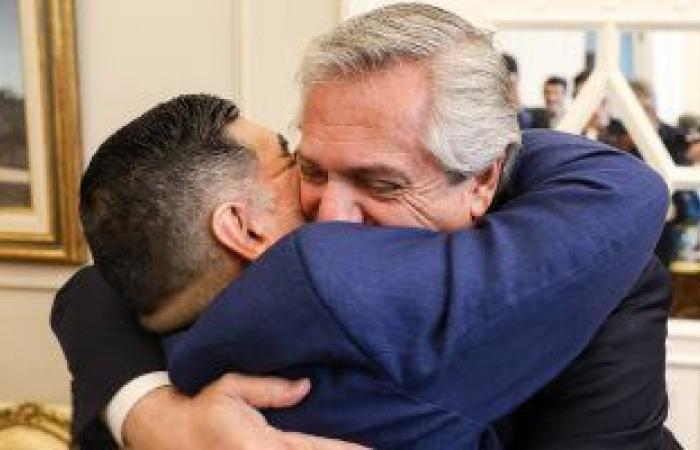 Argentine President Alberto Fernandez has confirmed that there is no plan yet for the funeral of soccer legend Diego Armando Maradona, who died today, Wednesday, at the age of 60, after suffering a cardiorespiratory arrest, inside his home in the capital, Buenos Aires, and the President of Argentina said in statements Published by the newspaper “ BeArgentine, that there is not yet anything official planned about Maradonas funeral or the public farewell, adding, “What I asked is to speak with the family, and to open the state doors for Diego.”

Argentine President Alberto Fernandez added, “Christian Malaspania, president of Argentinos Juniors, has been contacted to see if the club’s stadium is ready to host Maradonas funeral if his family agrees to that.”

It is noteworthy that Argentinos Juniors Club witnessed the emergence of Maradona and played with its ranks between 1976 and 1981, and his name was launched on the club’s stadium in honor of the career of the Argentine legend.

The death of the football legend, Maradona, came about two weeks after he underwent surgery on the brain level, after suffering a hemorrhage, as it was the last health battles that the tango star fought, before his departure from life.

The football legend was born on October 30, 1960 in the Argentine capital, Buenos Aires, and began his football career as a player in the Argentinos Juniors team in 1976.

Maradona played a season with Boca Juniors 1981-1982 and then moved to Barcelona, ​​where he played for the Catalan team between 1982 and 1984 before spending 7 seasons with Napoli to lead the South team to the throne of Italian and European football.

Maradona led Napoli to winning the Italian League twice, the Coppa Italia, the local Super Cup and the European League, before concluding his career in the stadiums with Boca Juniors in 1997.

At the international level, Maradona represented the Argentina national team at the age of 16 years only, then won his first titles with the Tango at the age of 18 by crowning the World Youth Cup.

Maradona made his debut in the first World Cup in 1982 when he was twenty-two years old, scoring 5 goals in this tournament..

Maradona glowed in the 1986 World Cup with a performance that is the highest in his career, scoring 5 goals and providing 5 other assists to lead Argentina to the title, and then led him to the 1990 final before losing to the German national team.

These were the details of the news President of Argentina: Argentinos Juniors stadium prepared to receive Maradonas funeral for this day. We hope that we have succeeded by giving you the full details and information. To follow all our news, you can subscribe to the alerts system or to one of our different systems to provide you with all that is new.