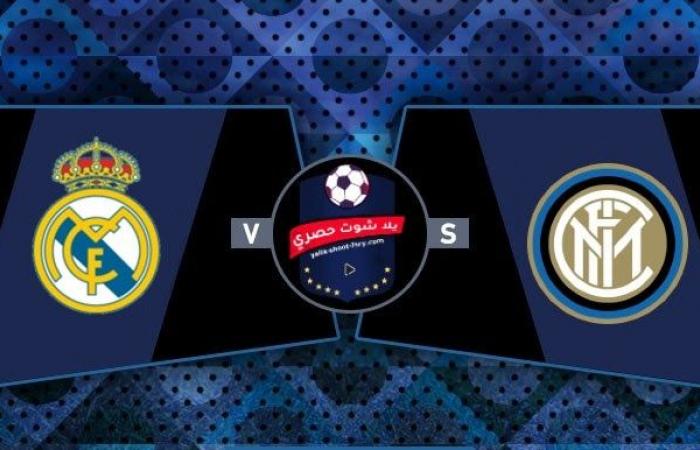 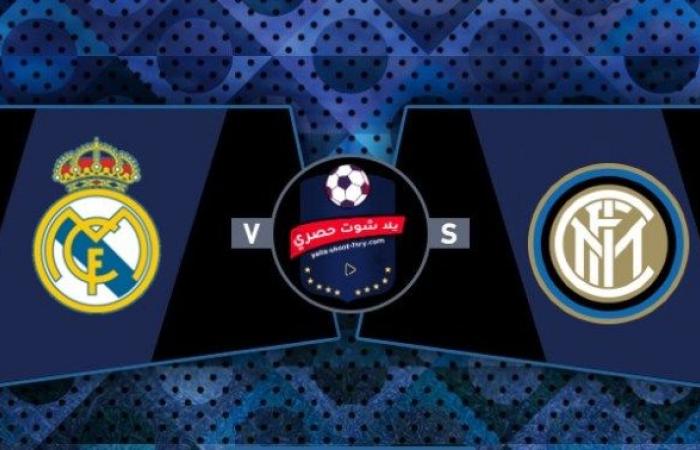 The live broadcast of the Real Madrid match against Inter Milan Internazionale vs Real Madrid in a heavy-caliber match The famous Milanese pole will host the Spanish champion Real Madrid in a new match of the fourth round matches of the second group in the Champions League, which will whistle at ten oclock Evening Cairo time and broadcast on the BBC Sport channel accompanied by the voice of the famous sports commentator Hafeez Darraji.

All expectations put the two teams at the top of the group, but the winds come with something that the ships did not desire, so the two clubs were not able to reach the top so far, as Inter Milan is at the bottom of the first group, contenting it with the possession of only two points from the three matches that it has fought so far, as Inter Milan tied in the first His matches against Borussia Moenchengladbach with two goals for each of them, then tied again against Shakhtar Donetsk team by a goalless draw and was defeated in its last match in Spain by Real Madrid by three to two.

As for Real Madrid, although it was more fortunate in its three matches, it was unable to reach the lead so far that the German club Borussia Monchengladbach has stumbled into Real Madrid in its first match against Shakhtar Donetsk team, where it came out defeated by three to two before it was able to A draw with Borussia Moenchengladbach with two goals for each of them, and the latest results were a three-goal victory over the Italian team, Inter Milan, bringing its total points to four points, placing it in second place in the group rankings behind Borussia Moenchengladbach, who won five points.

These were the details of the news Watch the Real Madrid vs Inter Milan match today, broadcast the... for this day. We hope that we have succeeded by giving you the full details and information. To follow all our news, you can subscribe to the alerts system or to one of our different systems to provide you with all that is new.