The complete classification of the Golden Boy 2020 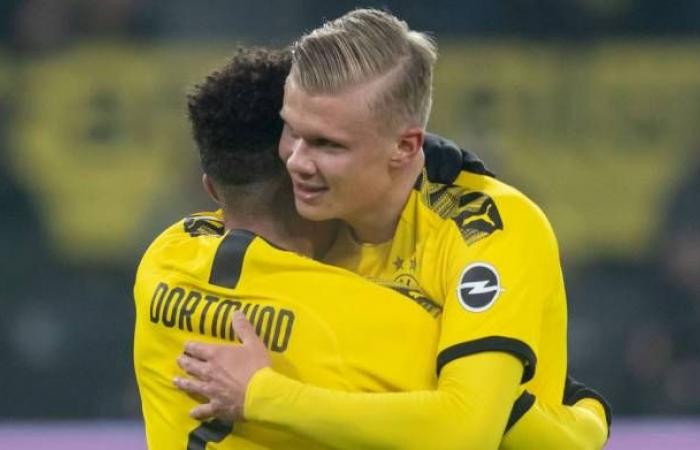 It is an annual meeting always eagerly awaited by football fans in Europe. Italian newspaper Tuttosport thus awards, each year, the Golden Boy, a trophy which rewards the best young player playing in Europe. In recent years, it has notably been won by João Félix (2019), Matthijs de Ligt (2018) or Kylian Mbappé (2017).

In the past, players of the caliber of Lionel Messi, Paul Pogba, Raheem Sterling, Cesc Fabregas, Wayne Rooney or Sergio Agüero had also won this award. This season again, there were some great contenders, since several of them have burst the screen all over Europe. And it was finally Erling Braut Håland who won, with his 33 goals in 34 games between January 18 and today. He will receive his trophy in Turin on December 14.

Behind the Norwegian colossus, there are a lot of people, since the panel of experts who award the award placed Ansu Fati in second position. No need to dwell on the exploits of the young Spaniard, who will probably be able to claim the title in the coming years. The Barcelonan is also number 1 in the ranking of Internet users. Alphonso Davies, Bayern’s Canadian left-back, comes in third and completes the podium.

Borussia Dortmund put a second player at the top of the table with fourth-placed Jadon Sancho. It should be noted that Eduardo Camavinga, the only Frenchman who still appeared in the last cut of 20 players, comes in fifth position. However, he is not the only representative of Ligue 1, since the new Lille recruit Jonathan David brings up the rear, with a small point obtained. Mitchel Bakker was also in the last 20 names but did not receive a single vote.

These were the details of the news The complete classification of the Golden Boy 2020 for this day. We hope that we have succeeded by giving you the full details and information. To follow all our news, you can subscribe to the alerts system or to one of our different systems to provide you with all that is new.