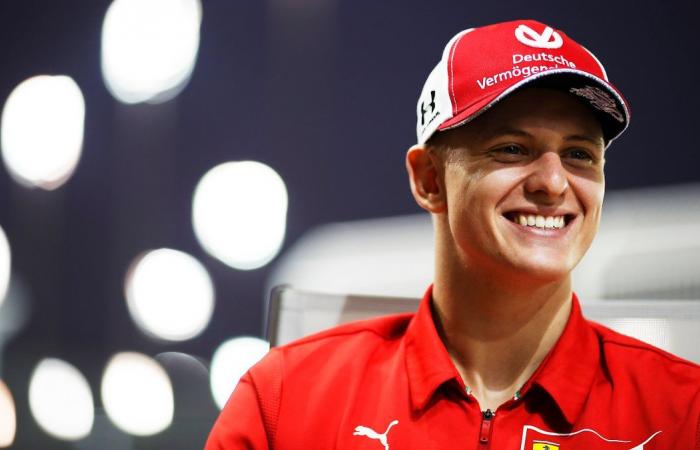 Who is Mick Schumacher? An RTL documentary pursues this question, which has closely followed the racing driver with the famous father and the great last name for several years. From the three-year-old who sits down in a kart to the young man who is on the threshold of Formula 1.

After his father Michael, Mick Schumacher is currently electrifying the motorsport world. The 21-year-old is the title favorite in the current Formula 2 championship – before the final races in Bahrain, he is at the top of the drivers’ standings. And in the coming year, most experts are convinced, the racing driver with the famous name will drive in the premier class of motorsport – in Formula 1. In his documentary, RTL traces Mick Schumacher’s path through the junior classes in motorsport, some of which have not yet been seen Images according to. The documentary can be seen in late November and early December on RTL and TVNOW.

It portrays a young, ambitious athlete who, despite his surname, works hard on himself and his career and has to put up with many setbacks. The unique approach – RTL has been accompanying Mick Schumacher since 2015 – and many extraordinary insights make this film look like a kind of long-term study that reveals not only the athletic career but also the personal development of a young man.

Mick Schumacher’s sporting journey began when he was three years old when he sat in a kart for the first time. At this point in time (2002) his father Michael had already won four world championship titles in Formula 1. The early days of father and son in karting together are the basis and starting point for Mick’s successful motorsport career to date.

Exclusive insights thanks to exclusive interviews

The documentary accompanies him from the beginning until today on the racetracks of the world. It shows the difficult times and the successes during his “learning period” on the way to becoming a perfect racing driver who is on the way to Formula 1. And it portrays the growing top driver away from the racetrack in very personal moments – from teenagers to young men who can always rely on the great support of their families.

When and where the Schumacher documentary runs

RTL will show the documentary “Mick Schumacher” in two parts on November 29th (Grand Prix of Bahrain) from 1:15 p.m. and on December 6 (Grand Prix of Sakhir) from 4:15 p.m., each counting down to Formula 1 Transmission. From November 29th, the two-hour film can also be seen in full on the TVNOW streaming service.

Old companions of his father also come, such as the current technical director of Formula 1, Ross Brawn, motorsport world association boss Jean Todt and the former Ferrari president Luca di Montezemolo, but also current and former drivers such as Sebastian Vettel, Lewis Hamilton and David Coulthard to speak. You have all known Mick since he was born and watch very carefully how the young racing driver with the big name develops into his very own personality on and off the racetrack.

Since RTL has accompanied Mick Schumacher’s steady rise very intensively over the past few years, he can fall back on extensive own material for his documentary. In addition, archive images from teams like Prema and Ferrari as well as exclusive interviews complement the two-hour film.

These were the details of the news RTL documentary about F1 candidate Mick: Schumacher’s career becomes film material for this day. We hope that we have succeeded by giving you the full details and information. To follow all our news, you can subscribe to the alerts system or to one of our different systems to provide you with all that is new.