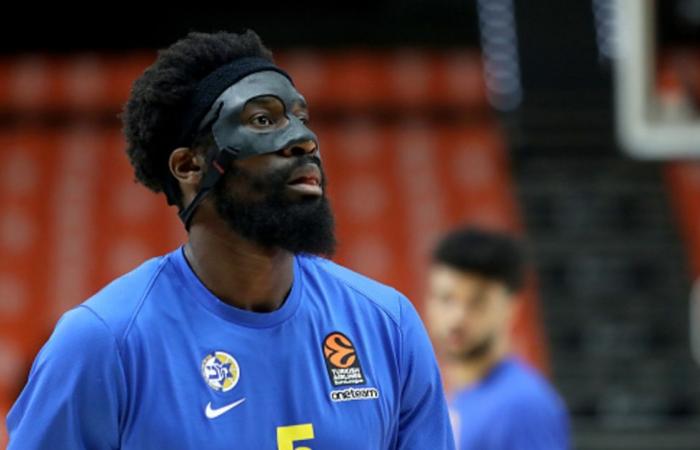 Maccabi Tel Aviv is trying to return to the winning track in the Euroleague tonight (Friday), when it is currently hosted by Spanish Valencia in the 10th round. The Israeli champion, who has achieved just three wins from nine games so far, defeated Valencia in five of the six encounters between the two in history, including in the two games last season. Juma Ponsernau’s side, for their part, have recorded five wins in eight Euroleague games this season.

The Yellows come after a 79:63 loss to Real Madrid on Tuesday, where they scored their lowest amount of points this season and looked bad on the defensive side as well, so as coach Yannis Sapropoulos said, tonight the team is trying to correct the negative impression it left in that game. To do so, it needs continuity in the good output provided by Scotty Vivelkin and Ante Žižić yesterday, but mainly for a higher contribution from Othello Hunter, who returned from a two-week absence in the last game and is still not at his peak this season, The points, after disappointing with only six of those against Real. In the injured section, there is nothing new: Yuval Sussman, John Dibertolomao and Omri Caspi out of the squad.

Valencia got one more day off from Maccabi Tel Aviv, as their last game was played on Tuesday in which they defeated Panathinaikos 83:95, thanks to the good ability of three quality acquisition players it added in the summer: Kalman Perplich, Derrick Williams and Martin Hermanson. Another player that the Yellows need to narrow down his steps is Montenegro center Bojan Dubljevic, who is leading the Spanish team in the Euroleague this season.

These were the details of the news Maccabi Tel Aviv vs. Valencia: Live report for this day. We hope that we have succeeded by giving you the full details and information. To follow all our news, you can subscribe to the alerts system or to one of our different systems to provide you with all that is new.