“It could be a disaster” 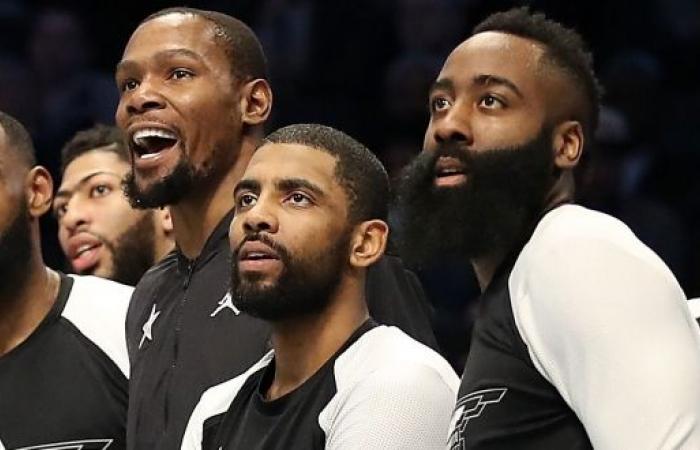 Will we be entitled to a big big 3 at the Brooklyn Nets? It has been rumored for months that they would like to add a 3rd star alongside Kyrie Irving and Kevin Durant, and the opportunity is emerging. James Harden has reportedly refused an extension for the Rockets and requested his transfer.

Above all, it is rumored that his favorite destination would be the Nets (along with the Philadelphia Sixers). Sean Marks will he jump at the chance?

In any case, we are already asking ourselves many questions about such an association. Could they cohabit? Whether in attack or defense? Because it’s all well and good to align the superstars, but we know that this is not enough. And there is one who is skeptical on the subject, that is Ray Allen, which has seen big 3s succeed, in Boston and Miami.

“It’s going to be extremely difficult for them to get along. In terms of personalities it could be excellent, but on the ground it could cause problems, which in the end would undoubtedly affect their relationship. ” Allen

It’s all a matter of sacrifice.

“Winning the title in 2008 was the hardest thing I had to do. Because I was from Seattle where I was shooting 18-19 times per game and when I got to Boston it was 8-9 shots per game. I couldn’t take these shots to test the temperature and see how I was feeling. There are responsibilities when you are on a team that you hope will win a title. As Kyrie is the player who will mainly have the ball, they will have to work with Harden on how to share responsibilities and operate as a team. If they have the will to do that, they could accomplish amazing things, but if they don’t, it could be a disaster. ” Ray allen

For the moment it is rumored that the Rockets would not want to part with the bearded if they do not recover Kevin Durant or Kyrie Irving, in other words that under these conditions no deal can be made.

"If you look at Kyrie... Harden if this happens, and then Kevin Durant, it's going to be extremely difficult"

Hall of Famer Ray Allen tells @TheFrankIsola & @Scalabrine that if James Harden were to end up in Brooklyn he doesn't think it will work with Kyrie Irving & Kevin Durant pic.twitter.com/c3wVxGX5F8

New video, dedicated today to Basketball Video Games. First part focused on the main developments between 1973 and the beginning of the 90s.

*The article has been translated based on the content of Source link by https://basket-infos.com/2020/11/17/ray-allen-met-en-garde-sur-le-trio-james-harden-kevin-durant-et-kyrie-irving-cela-pourrait-etre-un-desastre/
. If there is any problem regarding the content, copyright, please leave a report below the article. We will try to process as quickly as possible to protect the rights of the author. Thank you very much!

These were the details of the news “It could be a disaster” for this day. We hope that we have succeeded by giving you the full details and information. To follow all our news, you can subscribe to the alerts system or to one of our different systems to provide you with all that is new.