Jana broke the silence and spoke about Maradona’s health 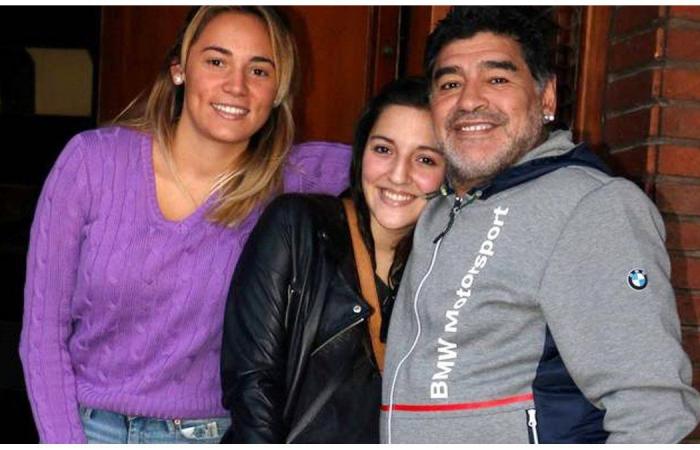 He explained that he knew that from the innumerable hearings, trials and other aspects related to Justice to which he was submitted practically from his birth, when his mother decided to initiate legal actions against Maradona.

“My childhood was super happy with my mother, my friends from school, my grandmother, my nanny. It’s not that I suffered it, it wasn’t so tragic. Of course I had to make my armor. If someone told me ‘oh, you’re Maradona’s daughter, and why doesn’t he recognize you?’ And I with 7 years … who answers that with 7 years? Then I said to him ‘well if you don’t want to believe, don’t believe me, it’s all right, I’m not interested’. My mother is not that she raised me spiteful, “he said.

The turning point in Jana and Maradona’s history came after she turned 15 years old. The death of her uncle mobilized her and she felt it was time to meet her dad. “There I said ‘we are mortal’ and I did not want him to leave this world without knowing me, nor did I want to leave this world without knowing him. So from then on, I made the decision that it didn’t matter if I watched it for ten seconds and nothing more. I wanted us to at least face each other ”, he said.

His wish could not be fulfilled quickly. It took three years for him to come face to face with his father. “From there, with my lawyer we did all the possible and correct ways to get to Maradona. It was very difficult. I wrote him a letter, I spoke with close people and it was impossible. Until one day, a journalist, a friend of my mother, told me where to find it. We were in Palermo for a walk and he tells us that Diego was in a gym in Cañitas. We were close. My mother got nervous and didn’t want to go, but I was resolute, “said the 24-year-old who was doing the CBC at that time to enter the Law School of the University of Buenos Aires.

“When I went to the receptionist to explain, she was like ‘What? A daughter of Maradona who comes to meet him!’, But she said she was going to ask. It was the longest 10 minutes of my life. He came back and told us that he would receive me. All my life I had been a no and at that moment he said yes, ”Jana recalled.

“When we passed by, they hugged my mom and cried. It was all very emotional. He hugged me and asked for forgiveness. Honestly, it was re-healing. The first thing he said is ‘forgive me’, he asked my mother for forgiveness. There we sat down, he asked me my name, how old I was and after the questions it was me, “he explained.

Although the DNA analysis and the judgment of the judge who intervened in her case had confirmed that Maradona was her father, Jana needed to hear it from him. “I needed your confirmation. So I say ‘am I your daughter?’ And he said ‘what if mommy, if you are the same as me’. And we laughed”.

About the end of that first meeting, Jana asked soccer star Diego to Grocery store, his grandfather. Fluff not only kept his promise the next day, but also introduced it to the rest of the clan, such as his aunts, uncles, and cousins. The young woman even spent Christmas 2014 with the Maradona family.

“I ran into a guy who was quiet. It is possible that on TV, what I analyze, is done like a shell because everyone gives him so much that obviously he cannot be weak in the face of so much aggression, ”Jana reflected.

From there Jana began to strengthen the bond with her father on different trips. She accompanied him to a private audience with Pope Francis at the Vatican and later visited his Dubai mansion while conducting Al Fujairah.

The quarantine due to the coronavirus pandemic was an opportunity for Jana, who did not hesitate to move with Diego to Brandsen, where the DT rented a house in the Campos de Roca neighborhood to be close to the facilities of Gimnasia and Esgrima La Plata.

“He has a strong character and I don’t keep quiet at all, so we crash sometimes. It is typical of coexistence, ha. I had never lived with my dad and during this time we got to know each other more. It’s fun. It is difficult to know each other as adults too. It’s different, because I grew up with my mother in a super quiet life and suddenly these things, “he explained about his new life.

“I know that he is the way he is, he has his personality, but sometimes people kind of pretend a lot. Carrying with that is difficult. What I value most about my dad is that he doesn’t forget where he comes from or lose his humility ”, he stressed.

“At 60, my dad is trying to resolve all his conflicts. He also recognized Diego Jr. and tries to be with Dieguito Fernando as much as possible. Call your grandchildren. He tries in spite of everything how difficult it is to be Maradona, because it’s not an easy life either. Obviously he does it and it is going well because all the people who have to do so are present. Even if he continues to make mistakes, like everyone else, it is also good to resolve the errors and correct a little, “he remarked.

“Seeing your children all together, that is a motivation and it is very frustrating not being able to do it. I know it weighs on him. There are things that silver does not buy. To see him happy, I told him that I was going to help him in whatever way. I feel that it is like the last step to heal that part of father, “he concluded.

These were the details of the news Jana broke the silence and spoke about Maradona’s health for this day. We hope that we have succeeded by giving you the full details and information. To follow all our news, you can subscribe to the alerts system or to one of our different systems to provide you with all that is new. 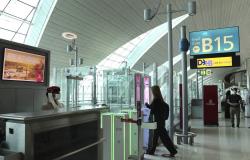