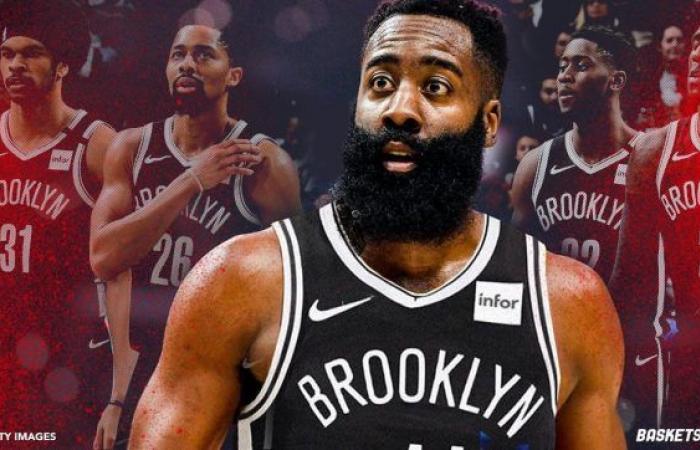 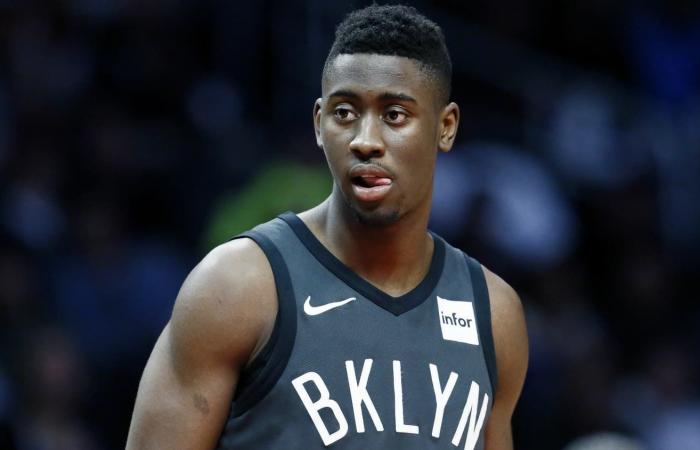 The NBA may have its new “Big Three.” ” Kevin Durant, Kyrie Irving and James Harden could be united under the colors of the Brooklyn Nets. Three superstars. Two champions. Two MVPs. All in New York. League and franchise marketing departments are already salivating.

But nothing is done. For now, it remains a hallway noise even if the mere fact that it is mentioned by Adrian Wojnarowski gives weight, a lot of weight, to this rumor. Harden would in any case be interested in the idea of ​​joining his friends KD and Kyrie at the Nets.

James Harden would be up to join KD and Kyrie in Brooklyn!

Deals involving the best players in the league are never easy to set up. Because there, in the case of the back of the Houston Rockets, it is 41 million (his annual salary in 2021) that must be moved from one organization to another. Two franchises which are already above Cape Town and which will therefore have to respect a financial balance to complete the transfer.

To put it simply: the Brooklyn executives are going to have to part ways with three, and more likely four players to eventually get their hands on James Harden. Players with contracts around or over $ 10 million. While satisfying the Texans, who still separate from one of the five or six most talented basketball players on the planet.

If Houston were indeed to separate from its “franchise player” (and Russell Westbrook), it would probably be to begin a phase of reconstruction, or of transition to a reconstruction. We must therefore include in the package at least one element likely to believe in a better future for the Rockets.

Caris LeVert as the centerpiece of James Harden’s trade

The Nets are fortunate to have in their ranks a certain Caris LeVert. The 26-year-old full-back is a very interesting player, coming off four playoff games with 20 points, 6 rebounds and almost 10 assists. Over the season, he was 22-5-5 once his statistics were reduced to 36 minutes.

He may not become a “superstar” in this league but LeVert still has room for improvement. His association with Irving and Durant sows doubt. So in case of Harden’s arrival, it seems obvious that the young back will do the opposite. The central part of the offer. Especially since he is under contract until 2023, insurance for Houston, for $ 16 million. A more than correct sum for a player able to assert himself as a first option in attack.

The Rockets will no doubt also ask Jarrett Allen. He’s the other youngster with intriguing potential for the Nets. A Rudy Gobert – simple element of comparison – US 22 years who already reported 11 points and almost 10 rebounds for his third NBA season. His departure would give way to DeAndre Jordan in the major five of BK. The veteran is less productive and much better paid (10 million against 3) but he is more experienced and above all he gets along very well with the stars of the team.

A new major five at the Rockets

That’s already two players for 18 million. We still have to find 23 million. Taurean Prince, 26 years old and 12 million, can get into the deal. He is also a fairly young “3 and D” who peaked at 12 points and 6 rebounds in 2020. Finally, to complete, Spencer Dinwiddie and its 11 million. The Nets’ best player last year. It is an important loss but necessary, especially since it would not have the same usefulness any more in the event of Harden’s arrival.

With Dinwiddie, LeVert, Prince and Allen, the Rockets would almost recover a new major five. Not to mention the assets they will be looking for in the context of the transfer of Russell Westbrook. They can probably ask for at least one pick up in Brooklyn. It gives a good base to start again, even if it probably lacks a real “cornerstone”, a pillar on which to build the team of tomorrow (except for the enormous development of LeVert).

The Nets would lose four players in their rotation, including three very important. But for Kevin Durant, Kyrie Irving and James Harden, it may be worth it … even if it still seems very risky to us. Behind, we should complete the workforce at low cost. With DeAndre Jordan, Timothé Luwawu-Cabarrot, Nicolas Claxton, Dzanan Musa and Rodion Kurucs still in place.

*The article has been translated based on the content of Source link by https://www.basketsession.com/actu/james-harden-rockets-nets-rumeurs-576155/
. If there is any problem regarding the content, copyright, please leave a report below the article. We will try to process as quickly as possible to protect the rights of the author. Thank you very much!

These were the details of the news How the Nets can bring in James Harden for this day. We hope that we have succeeded by giving you the full details and information. To follow all our news, you can subscribe to the alerts system or to one of our different systems to provide you with all that is new.