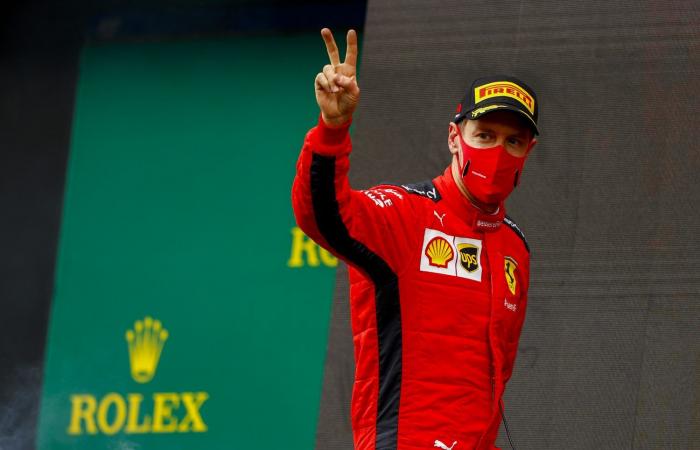 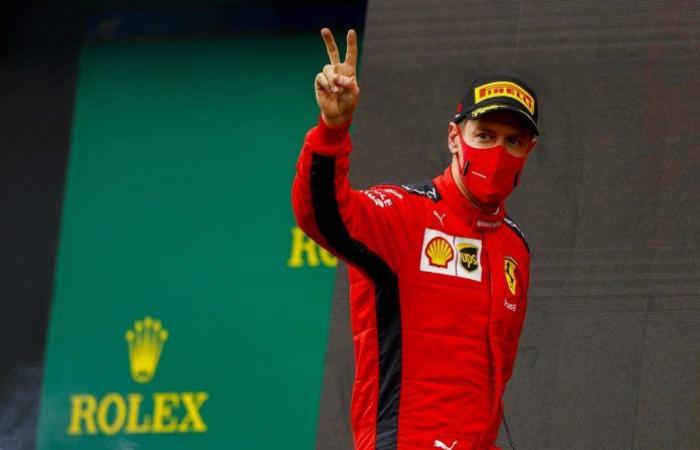 Ferrari achieved the best result of this season in Turkey with third place for Sebastian Vettel and fourth place for Charles Leclerc. And that while the team boss, Mattia Binotto, was not there for the first time this season along the circuit. For a winking Vettel it is therefore clear what Ferrari has to do for better results: “Maybe they should leave Binotto at home more often!”

Ferrari did well at Istanbul Park on Friday and Saturday morning, but disappointed in qualifying. Nevertheless, the Italian racing team recovered under the difficult conditions on the slippery and wet circuit. With a good strategy, Ferrari achieved the best result of the season, with third place for Vettel and fourth place for Leclerc. However, team boss Mattia Binotto was in Italy at the factory in Maranello, while Laurent Mekies, Ferrari’s sports director, took over his duties in Turkey.

Also read: Vettel back on the podium: ‘Very happy with P3’

“We scored the most points of the season while he was not there. Maybe we should leave him at home more often! ”, Vettel jokes about the absent Binotto at the press conference after the Turkish GP. “No, I don’t believe in that,” emphasizes the German.

Although it was a good race for Ferrari, Leclerc was clearly disappointed afterwards. The Monegask tried to overtake Sergio Pérez for second place but lost his third place to Vettel and thus fell off the podium. Vettel also has words of encouragement for Leclerc. “I often see something of myself in him. He is much younger and very fast. I haven’t had a chance to speak to him yet, but I’ll tell him it’s a bit irrelevant that he wasn’t on the podium because he has so many years to go and will take many more podiums. I know that for sure.”

Also read: Leclerc furious with himself on board radio: ‘This was shit from me! I am stupid!’

“It is right that Charles is angry,” he continues. “He made a mistake and he fell off the podium. But as I said in the bigger picture, that’s irrelevant to him. I’ll never let this get between us. I am happy with everything he achieves and will achieve because he is such a good guy ”, the four-time world champion concludes.

These were the details of the news Vettel jokes: “Maybe they should leave Binotto at home more often!” for this day. We hope that we have succeeded by giving you the full details and information. To follow all our news, you can subscribe to the alerts system or to one of our different systems to provide you with all that is new.