The expected formation of the Egyptian national team against Togo ..... 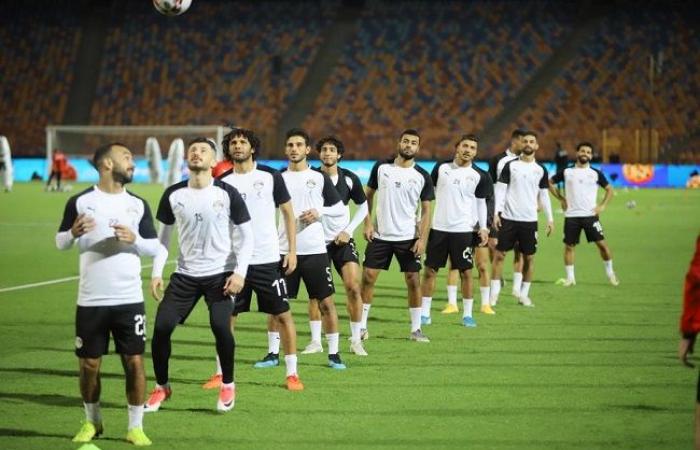 The Egyptian national football team, led by coach Hossam El-Badry, faces his counterpart Togo today, Saturday, November 14, in the third round, with the qualifiers for the African Nations Cup hosted by Cameroon 2022.

The Egypt-Togo meeting will be held at exactly nine oclock this evening, Saturday, at Cairo Stadium.The meeting between Egypt and Togo will be renewed on November 17th, with the fourth round at the Kge Stadium in Lome, capital of Togo.

Mohamed Salah, the Liverpool player and the Egyptian national team, is absent from the match, due to his infection with the Corona virus.

It is expected that the Egyptian national team will enter the Togo match by forming a component of:

The Egyptian national team, which won only two points through the first two matches in the African Nations Qualifiers 2021 in Cameroon, which was postponed to January 2022, is preparing to seize the lead from the Comoros team, who tops Group G with 5 points.

Kenya is ranked second with three points, Egypt is third with two points, and Togo is bottom of the group in fourth place with one point.

These were the details of the news The expected formation of the Egyptian national team against Togo ..... for this day. We hope that we have succeeded by giving you the full details and information. To follow all our news, you can subscribe to the alerts system or to one of our different systems to provide you with all that is new.