Start time, which channel and more 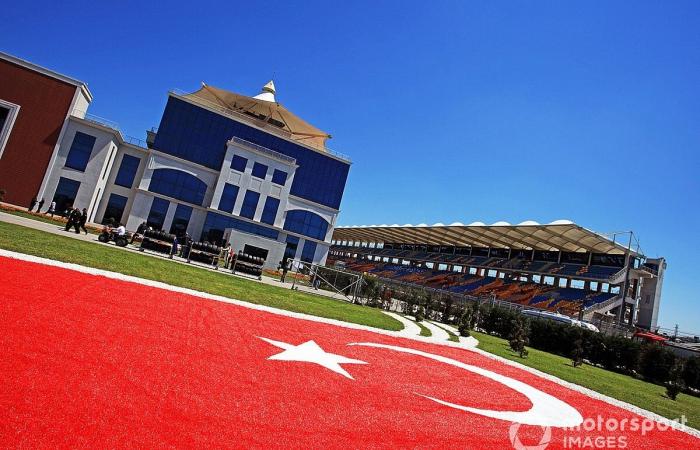 There are only four Grands Prix left in the shortened and corona-ravaged Formula 1 season 2020. This weekend, the premier class of motorsport will be guests at the Istanbul Park, where a GP will be organized for the first time since 2011. The circuit was not on the original program, but turned out to be an option when various countries and locations announced that they could not organize a race due to the corona pandemic. The modern track, from the sleeve of Formula 1 in-house architect Hermann Tilke, was first included on the F1 calendar in 2005. They last drove there in 2011, when negotiations with Bernie Ecclestone came to nothing.

In this article, we’ll bring you up to speed on everything you need to know about the race, where to watch and stream Formula 1, and more.

When will the Formula 1 Grand Prix of Turkey take place?

The Turkish Grand Prix on television

Anyone who wants to follow Formula 1 on television in the Netherlands has two options: the RTL Deutschland channel or via one of the packages from provider Ziggo. RTL Deutschland holds the exclusive broadcasting rights in Germany. They will broadcast the qualifying sessions and races live, with a team of reporters on location. The channel is available in almost all channel packages from all providers in the Netherlands. An extensive preview takes place before the race. The race is interrupted several times by advertising. RTL Deutschland can be found for customers of KPN, Telfort and XS4ALL via channel 47, with Ziggo you can watch via channel 58. You can watch via T-Mobile Thuis via channel 223, with Tele2 on channel 223.

Another option is via provider Ziggo. They hold the exclusive broadcasting rights in the Netherlands. Customers of the provider can watch all qualifications and races live via the free channel 14. If you do not have a subscription with Ziggo, you can still follow all the action via the Ziggo Sport Totaal payment module. This package costs EUR 14.95 per month and is available from all providers. You get access to six additional sports channels, including the dedicated Racing channel. The free practices, qualifications and races are broadcast live here. You can also follow various other championships here and see documentaries.

The preview of the Grand Prix of Turkey at Ziggo starts on Sunday morning at 10:00 AM. Presenter Rob Kamphues, regular analyst Robert Doornbos and a few table guests discuss the most important topics from the studio. It then switches to Turkey, where Olav Mol and Jack Plooij report live from location on the events on and off the circuit.

Can I stream the race?

If you are looking for a live stream of Formula 1, there are two legal options available in the Netherlands: F1TV Pro and Ziggo Sport Go. F1TV Pro is the official streaming service of Formula 1, where you can watch all training, qualifying and races live. You can choose your favorite commentator here and you get access to additional features such as live driver tracker, live timing and onboard cameras of all drivers. A subscription to F1TV Pro costs 64.99 euros per year.

Ziggo has its own streaming service: Ziggo Sport Go. Just like with Ziggo Sport Totaal, you get access to six special sports channels that you can watch on your smartphone, tablet or PC / laptop. The Racing channel will broadcast all free practices, qualifications and races live, including pre-and after-watch. A subscription is available to everyone, even if you are a customer of another provider, and costs 9.95 euros per month.

How many laps does the Turkish Grand Prix have?

The Istanbul Park circuit where the Turkish GP takes place has a length of 5.338 kilometers. The race is a total of 58 laps. That brings the total race distance to 309.604 kilometers. A Formula 1 race has a minimum length of 305 kilometers. The lap in which this distance is exceeded is generally the last lap of the race. The exception to this rule is the Monaco Grand Prix: it covers ‘only’ 260 kilometers. This makes it the shortest race of the year in terms of distance.

These were the details of the news Start time, which channel and more for this day. We hope that we have succeeded by giving you the full details and information. To follow all our news, you can subscribe to the alerts system or to one of our different systems to provide you with all that is new.