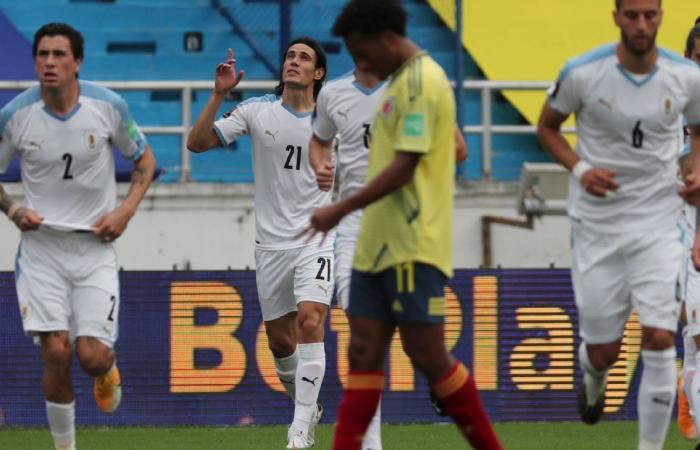 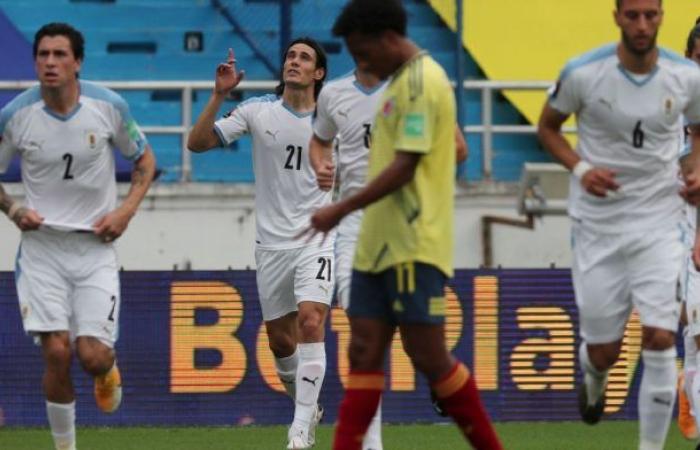 (EFE) – Uruguay, guided by his gunners Edinson Cavani Y Luis Suarez, surprised and thrashed 0-3 this Friday at Colombia in Barranquilla for the third day of the South American qualifiers heading to the Qatar 2022 World Cup.

La Celeste played very comfortable and made Colombia suffer from the first minutes. Cavani put his stamp on the 5th minute, after an error by Everton’s central Yerry Mina, which the Uruguayan striker did not forgive to score 0-1, which meant his goal number 51 with the Uruguayan National Team.

The Manchester United footballer also reached his 17th point in the South American Qualifiers, for which he entered the top 5 of the tournament’s top scorers and equaled the Chilean Iván Zamorano in a table led by Luis Suárez, with 25.

With the adverse outcome, Colombia began to suffer and did not find his footballAlthough the entry of Luis Díaz, from Porto, in the final minutes of the first half gave Carlos Queiroz’s team greater mobility and dynamism, which if he did not concede more goals was due to the timely reaction of the goalkeeper and captain, David Ospina.

For the second half, Colombia went in search of the goal that would give it the tie, but her momentum quickly faded.

An error by James Rodríguez, who lost the ball in his own field when the entire defense was played, caused a counterattack by Luis Suárez and Rodrigo Bentancur.

Suárez entered the area and sent the ball pumped for a Bentancur that was about to finish off when Jeison Murillo committed a foul that the referee sanctioned as a penalty and that ‘El Pistolero’ changed for a goal in the 54th minute for Uruguay’s 2-0 .

The goal was Suárez’s 25th score, the top scorer of the South American Qualifiers.

But Colombia’s nightmare in Barranquilla did not end, and another goal from Celeste arrived in the 73rd minute with Darwin Núñez, who received a measured pass and alone, without any mark, tried his luck with a long-distance shot that got through the lower left corner of Ospina for the final 3-0.

In minute 89, Colombia was left with 10 men when Mina was expelled, who saw his second yellow card for an elbow on Núñez.

On the fourth day, next Tuesday, Colombia will visit Ecuador in Quito and Uruguay will host Brazil in Montevideo.

*The article has been translated based on the content of Source link by https://www.espn.com.mx/futbol/reporte?juegoId=561087
. If there is any problem regarding the content, copyright, please leave a report below the article. We will try to process as quickly as possible to protect the rights of the author. Thank you very much!

These were the details of the news Colombia vs. Uruguay – Game Report – November 13, 2020 for this day. We hope that we have succeeded by giving you the full details and information. To follow all our news, you can subscribe to the alerts system or to one of our different systems to provide you with all that is new.