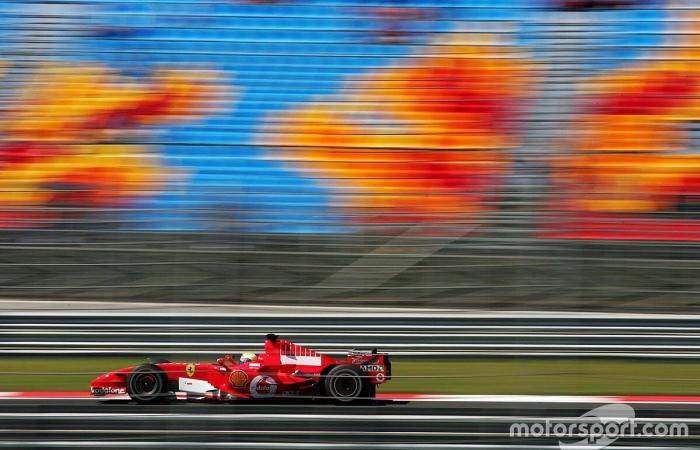 The absolute final phase of the shortened 2020 Formula 1 season has arrived. There are only four Grands Prix left before the long, silent winter arrives. This weekend the circus will be a guest in Turkey, where no Grand Prix has been held since 2011. Istanbul Park offered a solution to F1 owner Liberty Media when many circuits and countries could not accommodate a race due to the corona pandemic. That is why this race is on the calendar with a one-year deal, although the local organization hopes with this favor to be able to win a place on the program for the coming years.

What time does qualifying for the Turkish Grand Prix start?

Qualifying for the Formula 1 Grand Prix of Turkey at Istanbul Park will take place on Saturday, November 14, 2020. A qualifying session lasts approximately one hour without interruption. At the end of the session we know who can start from pole position in the first Turkish GP since 2011.

How does F1 qualifying work?

An F1 qualifying practice consists of three segments: Q1, Q2 and Q3. These last 18, 15 and 12 minutes respectively. In the first phase, all twenty drivers come into action and hunt for their fastest times. After the flag falls, the top 15 can move on to the next segment. The five slowest drivers are eliminated. Their times determine the starting order for positions sixteen through twenty. After a short break, the clock is reset and the remaining fifteen drivers go out again for a fast lap. After fifteen minutes of practice, the five slowest riders again drop out: their times determine the starting order for positions eleven to fifteen. The top 10 moves on to the decisive Q3. They receive an extra set of tires for this. The tires on which they recorded their fastest time in Q2 are also the tires on which they have to start the race, unless the weather conditions change from dry to wet or vice versa. The top-10 hunts for pole position in twelve minutes.

Do you want to watch Formula 1 on television in the Netherlands? Then there are two options: via the RTL Deutschland channel or via a package from provider Ziggo. RTL Deutschland will broadcast the qualifying and race live. The channel is included in the free package of almost all television providers in the Netherlands. The broadcast of qualifying for the Grand Prix of Turkey starts at 12.45 p.m. The analysts on duty consider shortly before the upcoming session, after which they switch live to the circuit. RTL Deutschland can be found on channel 47 for customers of KPN, Telfort and XS4ALL. Ziggo subscribers watch via channel 58. With T-Mobile Thuis you can watch via channel 397, with Tele2 via 223.

The other way is through a subscription to Ziggo. This provider has the exclusive broadcasting rights of Formula 1 and has made various options available. Subscribers can watch qualifying and the race live via the free channel 14. Do you also want to follow the free training sessions? Then the additional payment module Ziggo Sport Totaal can be purchased. This gives you access to six additional sports channels, including the dedicated Racing channel. There you can watch live training sessions, but also races of other championships such as DTM and IndyCar. Ziggo Sport Totaal costs EUR 14.95 per month and is also available to customers of other providers.

Where can I find a stream of F1 qualifying?

Do you prefer to watch Formula 1 on your mobile, tablet or PC? Then there are two official live streams available in the Netherlands. F1TV Pro is the official streaming service of Formula 1. Here you can watch all practices, qualifications and races live. You also get access to extra features such as live timing, live driver tracker and onboard cameras with on-board radios of all drivers. You can choose which commenter you want to listen to. Outside the race weekends, documentaries, analyzes and news broadcasts about Formula 1 are broadcast. A subscription to F1TV Pro costs 64.99 euros per year.

Ziggo also has its own streaming service: Ziggo Sport Go. Here, just like with Ziggo Sport Totaal, you get access to six extra sports channels, including the Racing channel. There you can watch the Formula 1 training, qualifications and races live. The commentary is provided by Olav Mol, Jack Plooij and Rick Winkelman. A subscription to Ziggo Sport Go costs 9.95 euros per month and is available to everyone.

These were the details of the news Turkish GP Qualifying: Broadcast, start time and more for this day. We hope that we have succeeded by giving you the full details and information. To follow all our news, you can subscribe to the alerts system or to one of our different systems to provide you with all that is new.