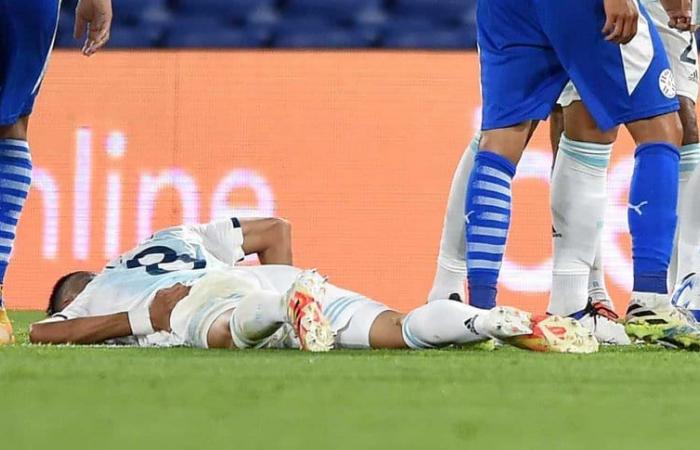 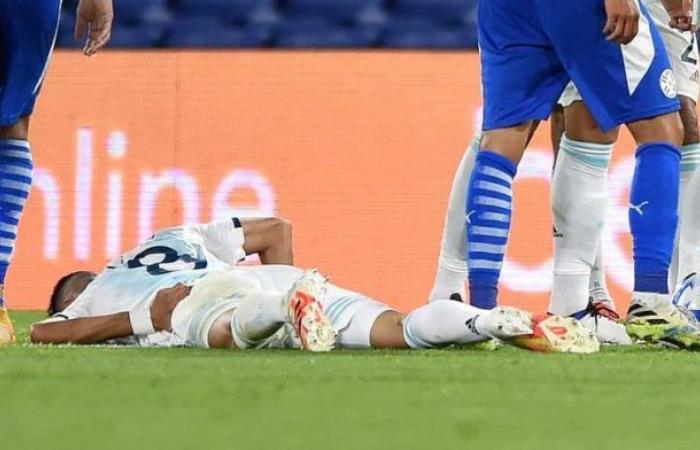 Exequiel Palacios suffered a vertebral fracture after Ángel Romero’s knee in the match between the Selection Argentina and Paraguay (1-1) in La Bombonera, this Thursday for the third date of the South American Qualifiers heading to Qatar 2022. For this reason, he was admitted to the Sanatorio Finochietto in the Federal Capital.

“The player suffered direct trauma to the left paravertebral lumbar area, verifying a fracture of the transverse processes of the lumbar spine. He will remain hospitalized to monitor his evolution”confirmed the medical part of the Selection.

The Argentine midfielder from Bayer Leverkusen does not have deadlines for his return to the courts, although it is estimated that it could be in several months taking into account that the recovery of Neymar, who had a similar injury in the 2014 World Cup after a blow from Camilo Zuñiga, it was four months.

Camilo Zuñiga’s knee to Neymar at the 2014 World Cup:

Despite the fact that the VAR is present in the duel against Paraguay for the South American Qualifiers, the truth is that it reviewed the play but decided that it did not merit an expulsion, despite the fact that Palacios could not get off the floor. In the locker room, the player’s severe pain led the medical team to decide to transfer him immediately to carry out studies at the Finochietto Sanatorium.

Ángel Romero’s kick to Palacios, revenge for his brother Óscar?

Minutes after Palacios’ injury, social networks refloated a situation in a River-San Lorenzo in which the former Millionaire player violently swept Óscar Romero – today, in the substitute bench – and was expelled. Although the roles were reversed and the author of the kick today was Ángel, the truth is that there are not few who thought of a possible revenge.

On September 18, when San Lorenzo began to warm up engines for the start of the championship, Ángel Romero kicked his teammate Andrés Herrera during practice. The result? Infrasyndesmal fracture of the left fibula, cast, and three months of recovery. That situation generated discomfort in the squad and also in the Cyclone coach, Mariano Soso, who decided “Punish him” and separate him from the team for more than a week.

*The article has been translated based on the content of Source link by https://www.tycsports.com/seleccion-argentina/exequiel-palacios-tremenda-lesion-seleccion-argentina-id302284.html
. If there is any problem regarding the content, copyright, please leave a report below the article. We will try to process as quickly as possible to protect the rights of the author. Thank you very much!

These were the details of the news Argentina suffers: Exequiel Palacios and a tremendous injury for this day. We hope that we have succeeded by giving you the full details and information. To follow all our news, you can subscribe to the alerts system or to one of our different systems to provide you with all that is new.