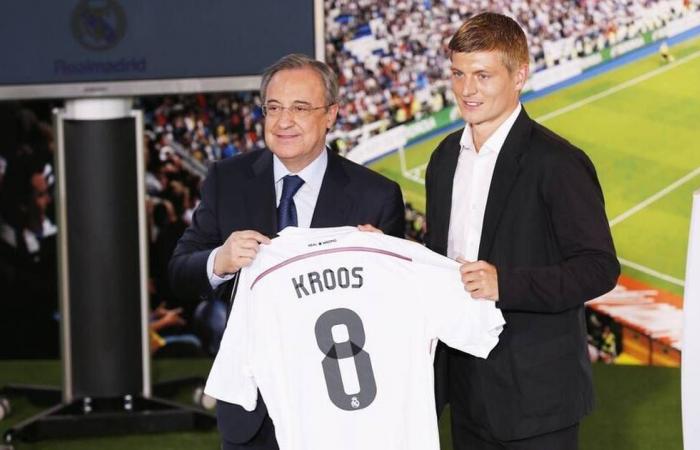 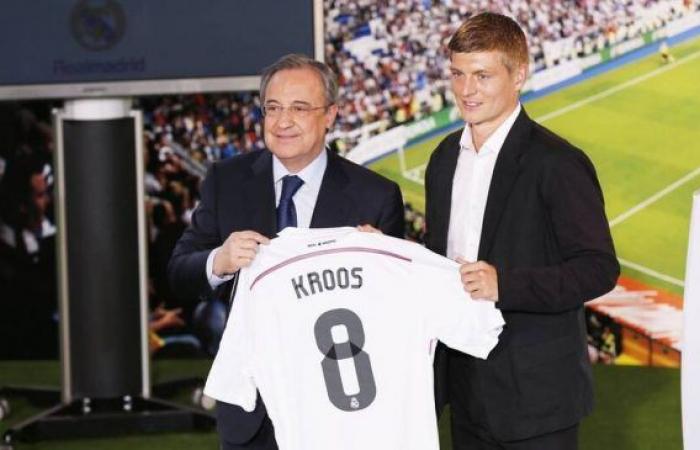 It is no secret that Real Madrid President Florentino Perez has long dreamed of a European super league. The boss of the royal led according to the New York Times therefore several talks with FIFA President Gianni Infantino.

Most recently, Spain’s league boss Javier Tebas attacked the real creator after Barca’s ex-president Josep Bartomeu revealed the plans for the Superliga after his resignation. “Bartomeu was led by Florentino. That’s what I believe. This league has been a dream of the Real Madrid president for a long time.”

Ironically enough, strong criticism of these plans is now also coming from their own club – from Toni Kroos. The German national player categorically rejects the new competition in which only the best European clubs should compete.

Toni Kroos: “We are just the puppets”

“Unfortunately, we don’t decide that as players. We’re just the puppets of FIFA and UEFA. If there were a players union, we wouldn’t play a Nations League or a Spanish Supercup in Saudi Arabia,” said the world champion in the new episode of his podcast “Just Luppen “ with his brother Felix.

The Real star added: “These competitions are about sucking everything out financially. But I’m a big fan of leaving things like that when they are good. The leagues are already top along with the Champions League, the World Cup and the European Championship -Products.”

Kroos goes on a confrontation course with his own club boss. “From a sporting point of view, it would certainly be interesting because there are only top games. The ratings would be good. But the gap between the big and the smaller clubs will widen even further.” The 30-year-old added: “It cannot always mean higher, faster, further and even more money.”

His brother Felix, currently a regular at the second division club Eintracht Braunschweig, said: “Is there any value in winning this super league – or the Nations League? Tradition is most important. Everyone knows the 1954 world champion but nobody knows the winner of the last nations League. It’s all about the money again. But I’m worried that the league will come at some point. “

Even extravagant goal celebrations are not to Toni Kroos’s taste.

“If there are rehearsed dances or choreographies, I think that’s silly. Cheering with masks, that’s where it stops with me. That’s not a good role model for young people. Do you want to see how people put on masks at the U15?” Toni Kroos asked and added: “Sometimes they already fidget like Griezmann.” Kroos is known to cheer very cautiously after his goals.

The world champion also revealed his favorite ceremony. “I always thought Gerd Müller was cute. He just jumped up a bit with his pants pulled up over his thighs. That was real joy. But the rest is nothing.”

His younger brother Felix disagreed: “Oh, that’s nonsense. It didn’t hurt a player to think about the cheers when he scored the goal. I wouldn’t do it either, but people should do that . “

*The article has been translated based on the content of Source link by https://www.sport1.de/internationaler-fussball/la-liga/2020/11/toni-kroos-laestert-in-podcast-ueber-die-geplante-super-liga
. If there is any problem regarding the content, copyright, please leave a report below the article. We will try to process as quickly as possible to protect the rights of the author. Thank you very much!

These were the details of the news Toni Kroos blasphemed in a podcast about the planned Super League for this day. We hope that we have succeeded by giving you the full details and information. To follow all our news, you can subscribe to the alerts system or to one of our different systems to provide you with all that is new.