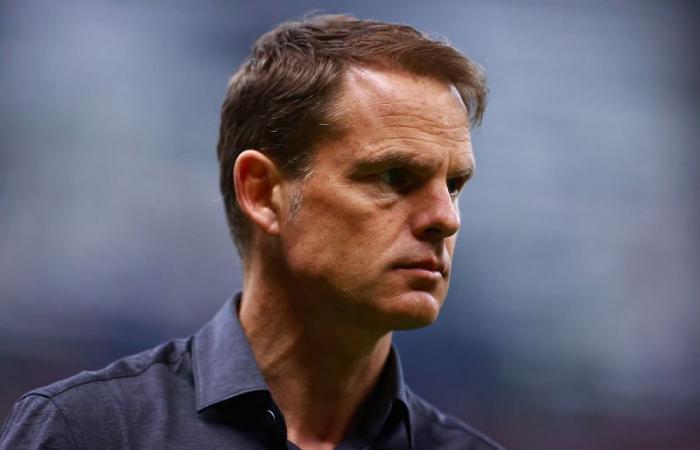 The Netherlands will host Spain in an international friendly match at the Johan Cruijff ArenA in Amsterdam on Wednesday evening.

For both teams, this game is the first of a triple header during the international break. This friendly match will be followed by a number of UEFA Nations League matches.

The Netherlands need two wins in their Nations League group to qualify for the next round. A home game against Bosnia and Herzegovina, followed by a trip to Warsaw against Poland.

Frank de Boer has some injury concerns in his squad which is not ideal for him given the Dutch ambitions in this competition.

During the last international break in which De Boer played his first three games for Orange, You haven’t won a single game and only scored one goal.

A 1-0 defeat by Mexico was followed by a 0-0 draw against the Bosnians and a 1-1 draw against Italy in Bergamo.

The game in Italy could prove to be a big moment in De Boer’s tenure as the Dutch improved a lot and had some scoring opportunities.

The last game for Spain was a 1-0 defeat against Ukraine in Kiev. They’ve been largely impressive in the last few games under Luis Enrique, but they’re also facing a crucial week in the Nations League.

You have a trip to Switzerland followed by a German visit to Madrid, so this is ideal preparation for the Spanish too.

Netherlands head to head against Spain

The Netherlands have won six of eleven previous clashes against Spain and lost four times. Only one game ended in a draw.

The last duel between these two teams took place in a friendly in Amsterdam in March 2015, when the Netherlands won 2-0 thanks to goals from Davy Klaasen and Stefan de Vrij.

It was known even before De Boer announced his squad that Virgil van Dijk and Matthijs de Ligt were excluded due to injury. Since the roster was announced, Jasper Cillessen has also had to retire due to injury. He was succeeded by Feyenoord’s Justin Bijlow, but has since retired from the squad. Joel Drommel from FC Twente has been appointed to the squad.

For a second international break in a row, Spain will have to do without Thiago Alcantara. The Liverpool player is still not fully fit after an ankle injury. Ansu Fati’s knee injury means he’s also excluded from the squad. Rodrgio is also ruled out as the Leeds United striker tested positive for COVID-19.

This is likely to be used as an experimental clash by both managers and is unlikely to be played at a very high intensity. This is the least important game of the international break for both sides. At a time when most of the players on both teams are overwhelmed, this game could end in a rather quiet draw.

These were the details of the news Netherlands v Spain prediction, preview, team news and more for this day. We hope that we have succeeded by giving you the full details and information. To follow all our news, you can subscribe to the alerts system or to one of our different systems to provide you with all that is new.