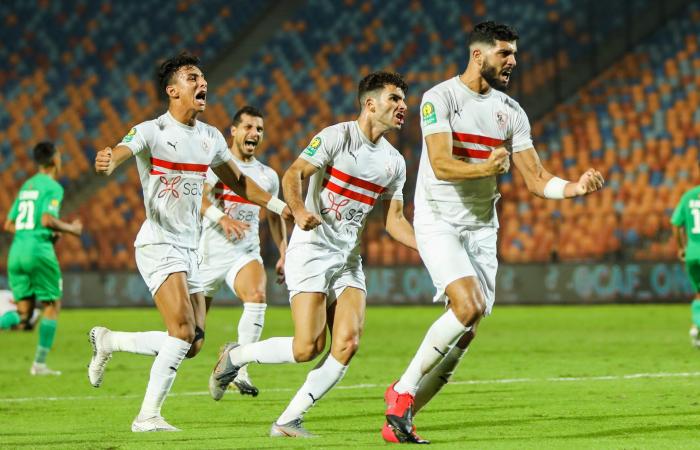 Moroccan media reports revealed that Mohamed Anajem, the Zamalek player, is close to leaving the White Castle during the current summer transfer period, and moving to his former club, Moroccan Wydad, in the new season.

Moroccan “chouf tv” channel reported that Moroccan international Mohamed Onagem is facing many problems within the club’s ranks, Zamalek during the current period, which brings him closer to leaving the White Castle and returning to his former team, Wydad Sport during the current summer transfers.

Mohamed Onajem is currently in the Moroccan city of Mohammedia after he took a week-long vacation from Zamalek to spend some of his affairs there before returning to the team’s training in preparation for the upcoming matches.

The Moroccan channel confirmed that “Onajem” will take advantage of his current vacation in Morocco to hold a session with Said Nassiri, president of Wydad Club, in the coming days, to talk with him about his problems in Zamalek, and to discuss his return to the Moroccan club during the current summer Mercato, whether by purchasing his contract from Zamalek permanently or annexing it as a way Lending.

It is worth noting that Mohamed Onagem joined the ranks of the club Zamalek in the summer of 2019 from the Moroccan club Wydad with a contract of 3 seasons, but the player suffers from the lack of participation with the white team now, which prompted him to think about leaving the White Castle this summer and returning to his former team in search of an opportunity to participate mainly .

These were the details of the news Surprise .. Zamalek star is approaching Moroccan Wydad for this day. We hope that we have succeeded by giving you the full details and information. To follow all our news, you can subscribe to the alerts system or to one of our different systems to provide you with all that is new.

PREV Al-Hilal and Al-Nassr face Iranian challenges in AFC Champions League Round of 16
NEXT Inter coronation, Lille’s thorn and German Cup — what to watch in Europe