Barcelona News: Vidal’s shocking response to the comparison between Messi and... 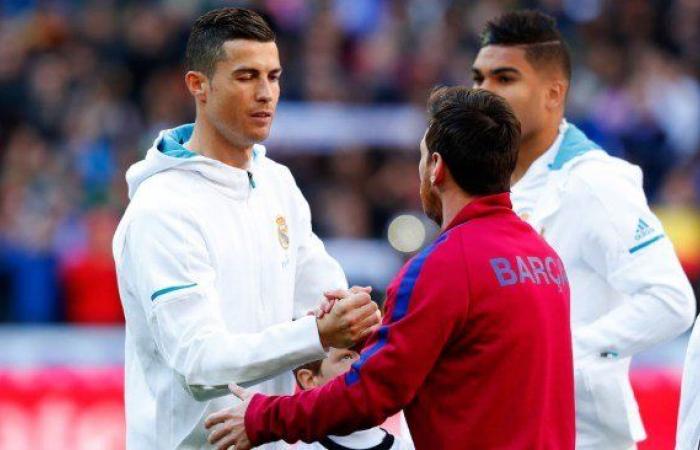 Sport 360 – Chilean star Arturo Vidal spoke about his departure from Nadi Barcelona Spaniard and joining the ranks intermilan This summer, he made a shocking statement about his comparison between the two Lionel Messi AndCristiano Ronaldo.

Vidal said, during an interview with the Italian newspaper “Corriere dello Sport” about his time in Barcelona: “I was comfortable in Barca, there was a good group there, with colleagues who became more than friends.”

Vidal was not planning to leave Barcelona

He added, “When a person is happy, you want to stay where you are, then things change and I made the decision to come to Inter Milan.”

Vidal was one of the names that Dutch coach Ronald Koeman, who took over at Barcelona this season, decided to dispense with it during the last summer transfer period, to leave the Chilean back to Italy, where he had previously starred in the Juventus shirt.

Regarding the permanent comparison between his former Barcelona teammate Lionel Messi and the Portuguese star Cristiano Ronaldo, the current Italian Juventus player, the Chilean’s response came shockingly to say: “There is no comparison between Ronaldo and Messi, Leo is an alien being.”


These were the details of the news Barcelona News: Vidal’s shocking response to the comparison between Messi and... for this day. We hope that we have succeeded by giving you the full details and information. To follow all our news, you can subscribe to the alerts system or to one of our different systems to provide you with all that is new.