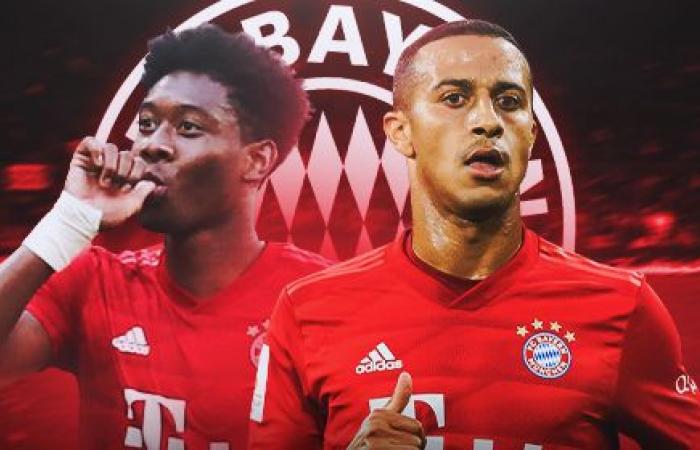 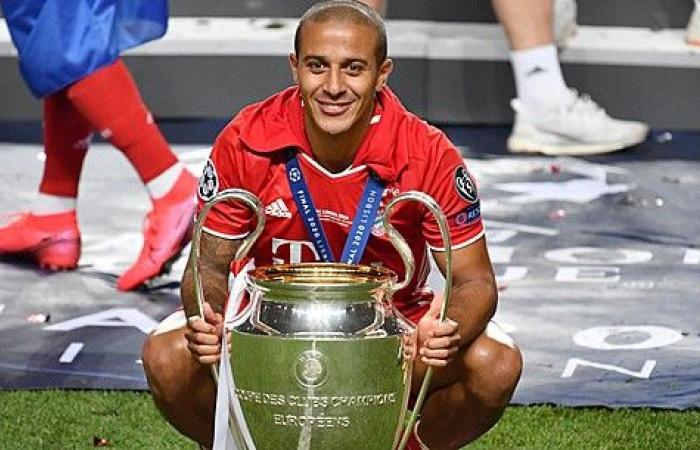 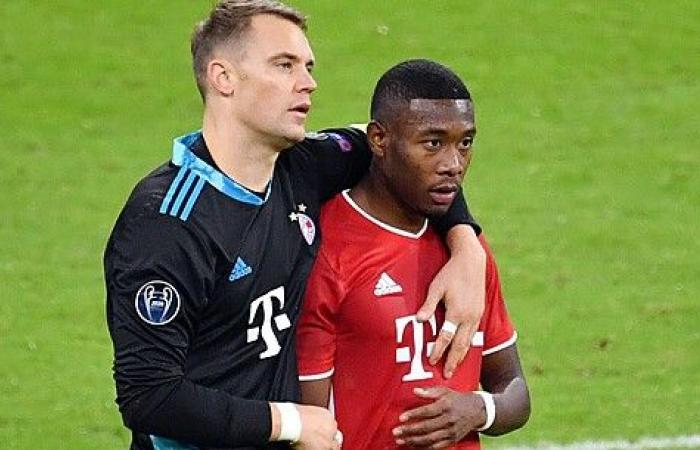 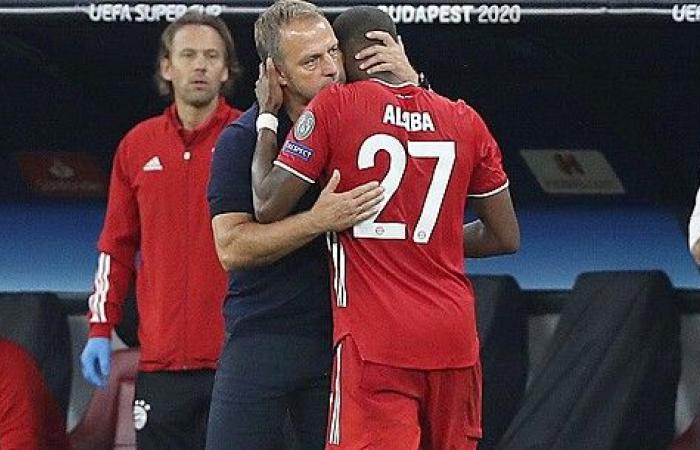 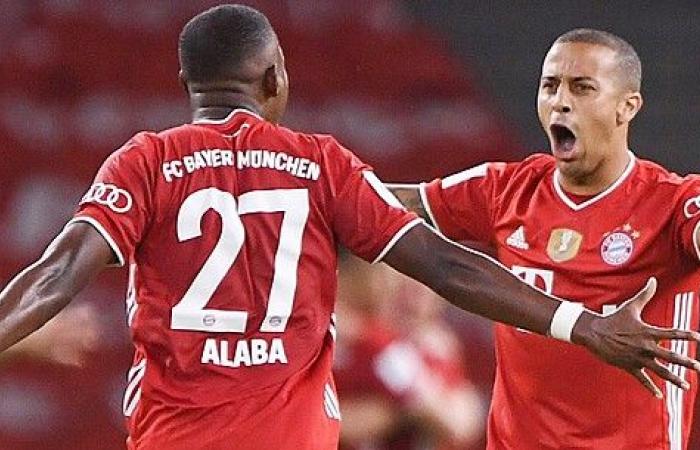 Three days after the victory in Club Brugge, Borussia Dortmund takes it The classic op tegen Bayern Munich. The record champion has not only been sant in its own country for a long time, but has now also set the standard for how a successful top club should be run compared to its European competitors for years. Yet even in the Allianz Arena they occasionally drop a stitch, as evidenced by the current soap around David Alaba. For the second time in a short time, the German superpower is probably throwing countless millions away.

There was a time when Bayern’s locker room appeared in the tabloid press so often that the team was playfully renamed FC Hollywood. Something we can hardly imagine nowadays with the commercial machine. The sporting results were also not always as excellent as today. After the Champions League triumph in 2001, it took until 2013 for the club from Bavaria to once again reach the highest level in Europe, only making it to the semi-finals twice in the meantime. In its own country, Bayern won ‘barely’ five league titles in the same period, between 2006 and 2012 it even booked a two out of six. In the last two years, Jürgen Klopp’s Dortmund proved too strong. The signal for then chairman Uli Hoeness to urgently put things in order.

In the summer of 2011 he already took a first step by appointing old acquaintance Jupp Heyckens as successor to Louis van Gaal. Things remained fairly quiet on the transfer market, although Manuel Neuer and Jerôme Boateng did join the ranks. They are still strongholds in the Bavarian defense, Rafinha – another purchase from then – only left a year and a half ago. In the Bundesliga Bayern finished again behind Dortmund, on the champions ball it lost the final for the second time in three years. With Mario Mandzukic, Dante Bonfim and Javi Martinez, among others, also still present, they succeeded a year later. Bayern even had a grand cru season and won just about everything there is to win, including the Champions League against… Borussia Dortmund.

From then on things didn’t look back in Germany, with eight titles in a row now. This gap with Dortmund, in addition to the passage of Pep Guardiola, is partly due to the application of an old tactic. Namely robbing the competition. Mario Götze, Robert Lewandowski and Mats Hummels made the sensitive switch in four years. However, Bayern has also done excellent business elsewhere over the years and has brought in Thiago Alcantara, Xabi Alonso, Douglas Costa, Joshua Kimmich, Arturo Vidal, Kingsley Coman, Serge Gnabry, Leon Goretzka and Alphonso Davies. A lot of successful transfers, with a perfect balance between experienced hands and young talent. Davies, Goretzka, Gnabry and Kimmich are the exponents. Together they cost 26 million, a bargain for four world leaders.

Despite the known financial strength, Bayern therefore shuns the monster amounts. Up to about 40 million is quickly put on the table, but it usually ends there – with the 80 million for Lucas Hernandez, not a hit so far, as an exception. An example for the competition from Spain and England, where money is often dealt with grudgingly. In the Allianz Arena, however, they work more intelligently, not only thanks to good scouting, but also by cleverly responding to special contract situations. For example, before the CL final in 2013, it was already established that Dortmund goldcrest Götze will come on board afterwards through a clause for a limited sum, that same summer Thiago was also stolen from Barcelona in that way. He developed completely in Munich.

Yet Bayern recently saw the Spaniard move to Liverpool for a paltry 22 million, even three million less than what was paid for him at the time. The reason? His contract that expired within a year. Not the first time that the Germans have been caught cold, because in 2014 they also had to give up Toni Kroos for barely 25 million – far below its market value – to Real Madrid. A taste of his own medicine, after it had already been announced a few months earlier that Lewandowski would follow in the footsteps of Götze. Bayern once again picked the rival that season so bare before the race had run. Since the Polish goal-getter was at the end of his contract in Dortmund, he even had to cost nothing. It turned out to be perhaps one of the best transfers of this century.

This summer, too, Bayern was on both sides of the knife. After all, it was able to collect Leroy Sané for ‘only’ 45 million from Manchester City, where the German winger refused to extend his contract. Also with Coman and Gnabry in the mix The record champion just chiselled on the flanks, turning the button in no time after the era of Franck Ribéry and Arjen Robben. Another example for other teams, who often struggle for a long time with such changes of the guard. Bayern also cleverly called on mercenaries such as James Rodriguez, Ivan Perisic and Philippe Coutinho. A well thought-out policy that is bearing fruit and therefore deserves a lot of praise, although after Thiago it is now in danger of going wrong for the second time in a short time.

In addition to the fresh blood with which Bayern has always strengthened itself, some products from its own breeding also made an important contribution to the past successes. Kroos, Bastian Schweinsteiger and Philippe Lahm are no longer there, but Thomas Müller and David Alaba also formed crucial links in 2013 that made quite a few minutes. The latter, discovered as a teenager in Austria, was only 21 years old at the time. Seven seasons and more than 400 games later, the fairytale may come to an end, because after this season the left back and central defender can just walk out the door for free. Almost all European top teams, from Barcelona and Real Madrid over Juventus and PSG to half the Premier League, are already on the check mark. They all hope to make an immense bargain.

Possibly in January, at least if Bayern wants to catch something for the 73-time international. Although that is obviously not a priority in the Allianz Arena. For example, they probably do not complain that they held on to Thiago for a little too long. After all, the midfielder played a central role in the CL overall victory in August, a sporting triumph that is worth much more to the German superpower than a few millions extra in the bill. The midfield that Hans-Dieter Flick has today, including Goretzka who was picked up from Schalke 04 for free two years ago, is still full of quality. In that sense, it cannot be ruled out that Bayern will turn its nose up for a modest offer during the winter mercato. Then rather harvest one last time.

Who knows, there may even be a solution, although it does not look like it at the moment. In a year’s time Bayern will probably see Thiago and Alaba, two greats whose market value is estimated at more than 110 million, leave for a piece of cake. In itself not a disaster for the financially healthy model club, which has solid annual sales without the help of a rich sugar daddy and is therefore not dependent on transfer income. Douglas Costa, sold for 40 million to Juventus and now back on a rental basis, can even call himself the most expensive sale ever. As mentioned, Bayern does not issue exuberant sums itself, except for Hernandez. Or at least not in relation to the European competitors, because of course there is still a lot of capital in the bank every week.

Even without regularly cashing in at the ideal moment for its best players, Bayern built up a lot of reserves thanks to its solid structure and economically sound approach. As a result, the club is armed for the impact of the corona crisis, although it cannot be avoided even in Munich. Karl-Heinz Rummenigge recently announced that Bavarian pride, which posted record sales of more than 700 million in 2019, is heading for a loss for the first time in his 19 years as Chairman of the Board of Directors due to the lost income. That reality presumably contributed to the decision to get rid of Thiago and not respond to Alaba’s demands. Which does mean that the two genuine global players, both at their peak, yield only a fraction of their true value.

Their sporting contribution was of course more important, and it is also especially between the lines that the duo will be missed. Certainly in corona times, even for a team like Bayern, it remains a shame to lose such clappers for peanuts. With relatively ‘limited’ resources, the Germans, who were only twice in the semi-finals in the last seven editions of the CL, can today rightly claim the title of best club in the world. Both on and off the field, they form a model for their competitors, for whom the financial hangover from the corona virus threatens to become much more painful in many places, and there is therefore little to be said about the economic and sports policy in the Allianz Arena. . Yet even there occasionally something goes wrong. The bad timing with Thiago and Alaba, whose files could be dealt with better, is unfortunately an example of this.

POLL: Who would you most like to see play on your favorite team?

These were the details of the news Bayern Munich wastes crucial millions for this day. We hope that we have succeeded by giving you the full details and information. To follow all our news, you can subscribe to the alerts system or to one of our different systems to provide you with all that is new.