Van den Brom on his way to KRC Genk: ‘That will... 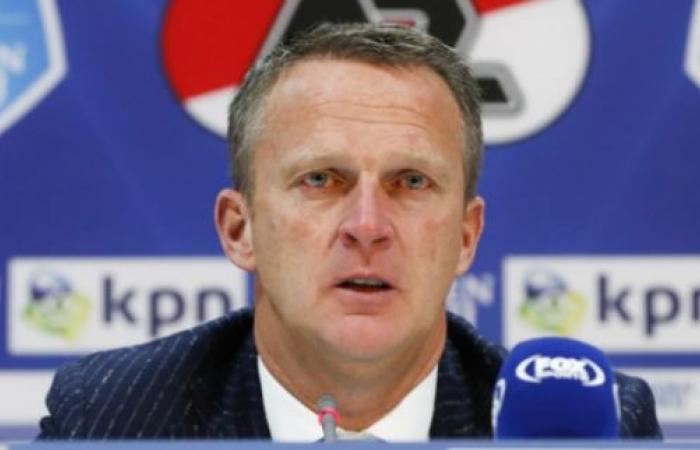 John van den Brom will probably be the new coach of KRC Genk. Stephan Keygnaert, chief of sports at The last news, is not sorry about that. He believes that the ex-Anderlecht coach can achieve results with KRC Genk.

‘When Van den Brom left RSC Anderlecht in the spring of 2014, he did so with his head held high,’ he emphasizes. ‘Anderlecht had brought good football under him for a year and a half – he has never been ridiculed by the demanding fans. Often in a classic 4-3-3. In accordance with good Dutch tradition, Van den Brom likes offensive backs, football on the wings, triangles, positional play. ‘

Van den Brom demands a lot from his players. ‘He is a coach who, on and off the field, partly counts on the player’s personal development. Van den Brom treats his players like adults. Van den Brom likes football players like Biglia, Deschacht, Gillet … – guys who know the ropes. And that may just be the big challenge in Racing Genk. It is not without reason that Hannes Wolf was sometimes annoyed by the lack of personality and initiative of his group. ‘

In any case, KRC Genk did not happen overnight. Dimitri de Condé and John van den Brom have now had several football conversations. De Condé opts for a trainer with a large football baggage and an equally great emotional intelligence. Wherever he worked, Van den Brom achieved results. Racing Genk hopes to continue that tradition. ‘

Brys sends KRC Genk for a walk: “I want to become champion with OHL”

These were the details of the news Van den Brom on his way to KRC Genk: ‘That will... for this day. We hope that we have succeeded by giving you the full details and information. To follow all our news, you can subscribe to the alerts system or to one of our different systems to provide you with all that is new.