Why does River play on the Independiente court and not on... 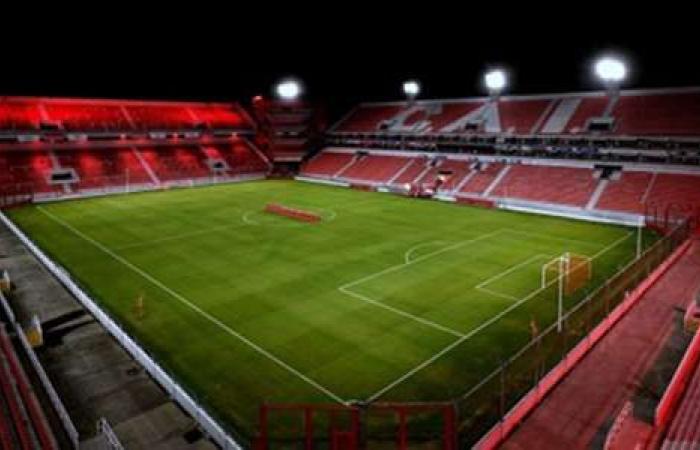 El Millonario had already moved to Avellaneda for the Copa Libertadores, but he must also do so in the local tournament after the controversy with the LFP.

After six months of inactivity due to the pandemic, River returned to competition in the Copa Libertadores, with a novelty: the venue at the Estadio Libertadores de América, in Avellaneda, as it was unable to use the Monumental, in the middle of the remodeling process. But the move will be extended to the Professional League Cup, after a controversy and “under protest”, since he had defined playing at the River Camp in Ezeiza, but the Professional League leadership decided to reject it.

Taking advantage of the total brake that the pandemic meant for all activities and as at that time there was no confirmed date for the return of the domestic championship, in Núñez they decided to get to work and advance with some spare parts on your court, that will end only in 2021.

For this reason, the Núñez team had to look for a scenario that met the minimum standards required by CONMEBOL for the dispute of international matches and after analyzing a list of alternatives, they opted for the Libertadores de América Stadium. And on Tuesday, September 15, Marcelo Gallardo explained why he opted for the Rojo field: “It seems to me a very good playing field to play football well. The times we went it was always in excellent condition.”

The particularity of this move at the international level was that, on paper, River does not pay Independiente anything to use its field, but that the amount of the stadium rent is deducted from the debt that the Avellaneda club still has with the Millionaire by Alexander Barboza pass.

And at the domestic level, the club had put its training ground in conditions, but the leadership of the organization that replaced the Super League expressed, through a letter, that a team of global relevance such as the Millionaire could not use the place where it works daily . And because of the good relationship with Red, in addition to knowing the field of play, it was decided to use it for the debut against Banfield.

What were the other alternatives? The option that added more followers in the Millionaire was the Vélez stadium, but the alternative was ruled out because the lighting of the José Amalfitani does not meet the standards required by the South American Confederation: the minimum lux allowed for the maximum South American competition is 1,000 and the field located in Villa Luro reaches 750, which only allows him to play for Sudamericana.

Having ruled out the option of transferring the team to the interior of the country, the possibility of the New Gasometer also arose, but the San Lorenzo field does not have the lighting system required by the regulations either. And after discarding the Diego Armando Maradona by size and the Ciudad de La Plata, finally the one chosen was the Estadio del Rojo, which inaugurated its new lighting system during the pandemic, which despite not having been inspected, the documentation was sent that supports it.

*The article has been translated based on the content of Source link by https://www.goal.com/es/noticias/por-que-river-juega-en-la-cancha-de-independiente-y-no-en-el/15u9z8gbrnfxn137cfqtns7h2i
. If there is any problem regarding the content, copyright, please leave a report below the article. We will try to process as quickly as possible to protect the rights of the author. Thank you very much!

These were the details of the news Why does River play on the Independiente court and not on... for this day. We hope that we have succeeded by giving you the full details and information. To follow all our news, you can subscribe to the alerts system or to one of our different systems to provide you with all that is new.