Ajax of the Netherlands announces 11 positives for coronavirus – International... 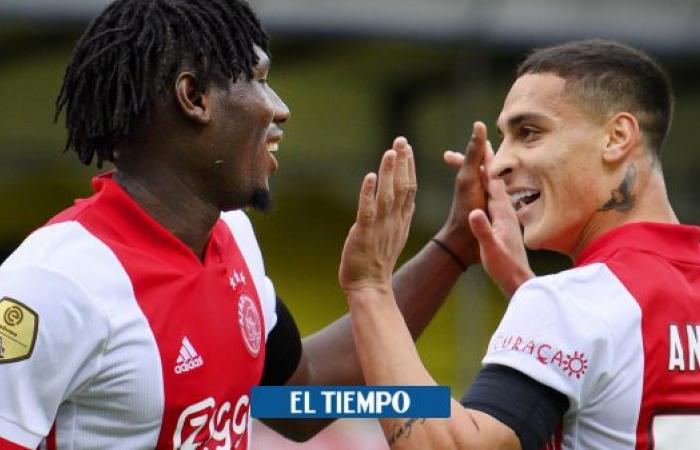 Find the validation of El Cazamentiras at the end of the news.

By:
DRAFTING THE TIME

Eleven players from the Ajax and Ajax B first team have tested positive for COVID-19 and coach Erik ten Hag It will only have 17 players for the Champions League match on Tuesday against Midtjylland of Denmark.

The Amesterdam club has not made public which players are infected, but on the list of summoned who have traveled to Denmark this Monday There are not regular starters like forward Dusan Tadic, midfielders Ryan Gravenberch and Davy Klaassen or goalkeepers André Onana and Maarten Stekelenburg.

It may interest you: (Dinamo Kiev vs. Barcelona is embolata for six positives for covid-19)

The only goalkeeper called up is Kjell Scherpen, who regularly plays in the second division with Ajax B and He will debut in the first team this Tuesday.

On the list of players who travel to Denmark are the Argentines Nicolás Tagliafico and Lisandro Martínez, as well as the Mexican Edson Álvarez.

The club will retest the players who are out and, If they test negative, he could summon them at the last minute for the Denmark match.

Ajax are third in Group D of the Champions League with a single point and a poor result against Midtjylland, bottom of the group after two consecutive defeats, would complicate the classification for the round of 16.

Liverpool and Atalanta, who lead the group with six and four points, respectively, they face this Tuesday in the field of the Italian team.

News from Colombia and the world instantly: Personalize, discover and inform yourself.

These were the details of the news Ajax of the Netherlands announces 11 positives for coronavirus – International... for this day. We hope that we have succeeded by giving you the full details and information. To follow all our news, you can subscribe to the alerts system or to one of our different systems to provide you with all that is new.