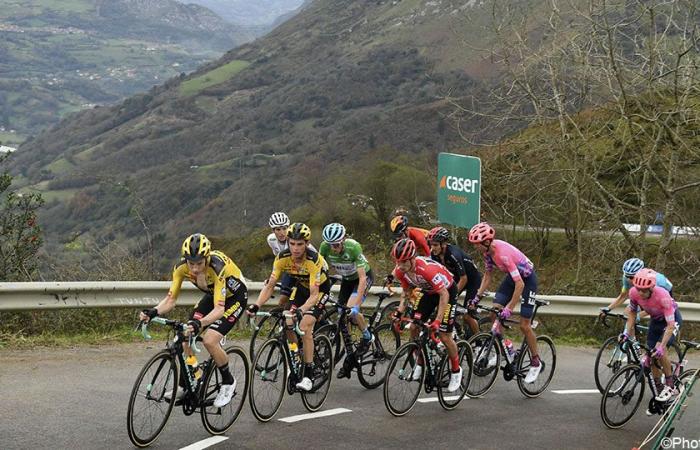 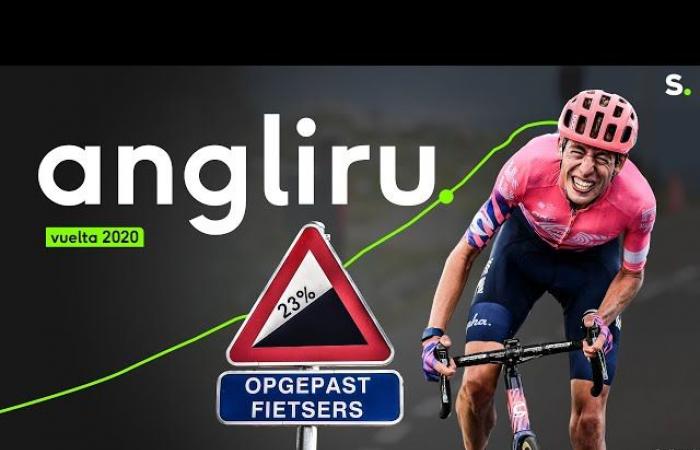 What’s in French, Italian and Spanish tap water? After the Tour de France and the Giro d’Italia, the Vuelta a Espana also seems to be turning out to be a nail biter. Renaat Schotte looks into his crystal ball before the start of the final week, although that is not an obvious assignment.

Formulating an answer to the question of who will win this Vuelta is extremely difficult. There are still 4 candidates and there is something to be said for each rider.

Primoz Roglic is the big favorite for the outside world, but the past Grand Tours have taught us that we have to be very careful with such conclusions.

Turns in the final week of a grand tour are apparently more common than a while ago.

And for the 3 top candidates – Daniel Martin I estimate slightly less – a case can be drawn up.

“Roglic crossed the finish line a bit grumpy on Sunday”

At Primoz Roglic (Jumbo-Visma) you naturally immediately think of Tuesday’s time trial. He has an edge over the others, but the question is how big the difference will be.

He can build the biggest gap so far, but he is still not safe. Sunday’s stage on the Angliru has shown that, where it is a bit mottig crossed the finish line.

If he also has a bad day on Saturday – the last uphill arrival – then perhaps the attack will be much earlier and the damage will be greater.

Even if he takes a minute in the time trial, he may not feel safe yet. A mountain ride on the penultimate day of a grand tour is also completely different from a mountain ride in the beginning. Then it becomes do or die: there is no going back.

Primoz Roglic also has the strongest team, but nothing says that those proportions will remain that way. It would not be the first time that Ineos came up with men in the third week, like Rohan Dennis did in the Giro.

Primoz Roglic had to give up his red jersey to Richard Carapaz on Sunday.

Richard Carapaz (Ineos) has the advantage that he was better than Roglic on the Angliru, but the difference was now also not so great that he will make up for any gap after the time trial.

Hugh Carthy (EF) is a big question mark. He has never raced at this level in a period of 3 weeks. But you could also say that about Tao Geoghegan Hart in the Giro.

It doesn’t look like much to him, but he is progressing and could die on the bike. If, like yesterday, he is also the best climber again, he can end up even more at La Covatilla on Saturday. But on Tuesday we will already see what his time trial is worth.

Daniel Martin (Israel Start-Up Nation) won’t blame me if I say he’s the most colorless contender, but he cycles everywhere in between and never drops out. He will lose time on Tuesday, but after the Tour and the Giro I no longer dare to say that he has no chance.

In the third week, the truths of the first and second weeks are often thrown overboard. It would be nice if this situation was more or less maintained until Saturday, but I dare not put my hand in the fire for anyone.

VIDEO: Hugh Carthy is the strongest on the Angliru 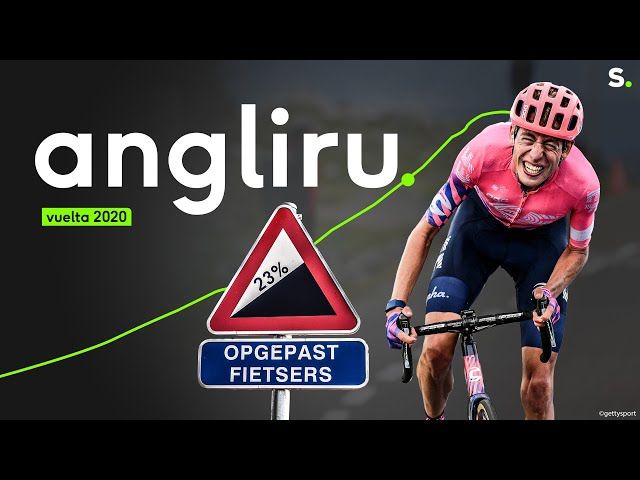 Tomorrow’s time trial is flat, but a short and very difficult slope awaits at the end. There is a possibility to change bikes at the foot.

That will cause suspicion, just think of what happened at La Planche des Belles Filles. Roglic’s change was unfortunate there and you can make up or consolidate a lot of time on one climb.

The stress will be much less present with the Slovenian than in that Tour. Opportunities will follow after Tuesday. The Vuelta was not yet done on Tuesday evening, unlike the Tour after that time trial in the Vosges.

But of course everyone assumes that Roglic will be in the red on Tuesday evening. If he doesn’t, then he’s the big loser.

However, I don’t think he will be at the start with trembling knees. His mindset is different in this Vuelta than in the Tour. Roglic seems confident and relaxed, although that could also be a mask.

The profile of the time trial.

We have the time trial on Tuesday and the last uphill finish on Saturday with a lot of transition stages in between.

So in principle we still have two key stages, although something can always happen on those other days due to setbacks or weather conditions.

In any case, it is a conclusion that the grand tours are very exciting this year. I don’t see an explanation immediately, but the race is very eager.

You notice a common thread: riders feel privileged that they can still do their job in these circumstances. Win or lose: they enjoy being a professional cyclist and they feel lucky.

These were the details of the news Renaat Schotte: “Even if Primoz Roglic takes a minute on Tuesday,... for this day. We hope that we have succeeded by giving you the full details and information. To follow all our news, you can subscribe to the alerts system or to one of our different systems to provide you with all that is new.