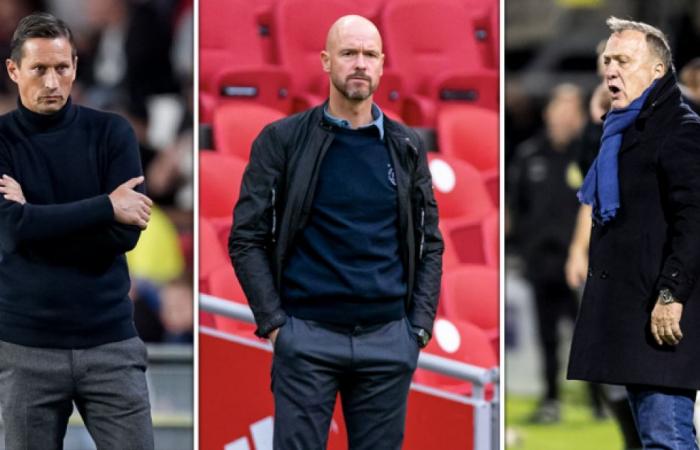 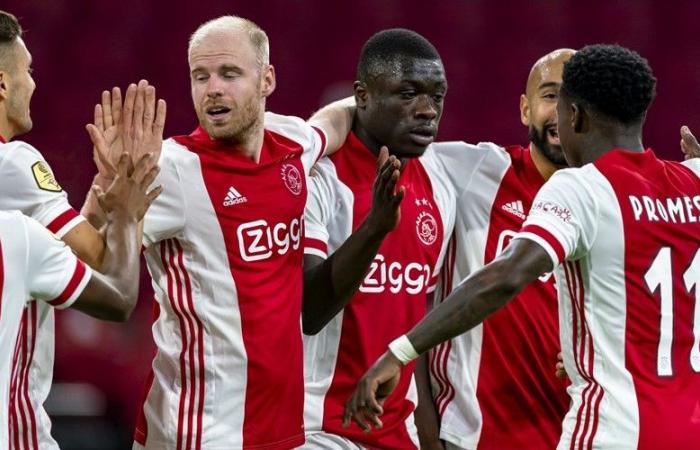 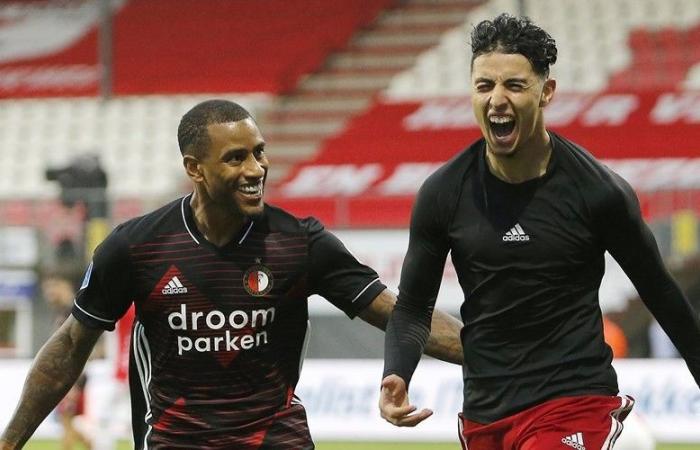 The traditional top three remained flawless in the Eredivisie last weekend, but there is plenty to discuss. The main media write this about PSV, Ajax and Feyenoord.

PSV
‘PSV is better off playing football with half a selection than protesting at full force’, it headlines Eindhovens Dagblad after the 4-0 win over ADO Den Haag. PSV wanted to reschedule the home game, but received no response from the KNVB. “Hitting the ideal opponent at one of the worst moments of the season: PSV was that lucky on Sunday.”

‘Normally, necessity breaks the law, but in corona time it’s the other way around in football. PSV also understood the art of making a virtue of necessity and therefore simply wiped ADO off the field. With art and flying work on the line-up board a quite nice formula was created, in which it was hopeful for the people of Eindhoven, among other things, that Adrian Fein and Ibrahim Sangaré were a solid couple in midfield. ‘

The Telegraph draws similar conclusions. The efforts to move the match against ADO Den Haag and the anger towards the KNVB ate more energy at PSV than the match itself: 4-0. The people from Eindhoven miss half the selection due to corona cases and injuries, but were still able to put together a team that represents a God power. But that is not the cause of the rising irritation at PSV. ‘

According to it Algemeen Dagblad the win against ADO is in the shadow of the conflict with the KNVB. “PSV plays reluctantly, but is professional enough to win without any problems”, it sounds. Striking though: a few players that the club has previously designated as ‘not match fit’ – do come into action. The regular A-selection players Philipp Max and Noni Madueke both play a half. ‘

Gerbrands new swipe to KNVB: ‘Show that the rules are not correct’

Ajax
‘The name is Brobbey, Brian Brobbey’, opens The Telegraph two days after the death of actor Sean Connery with a joke. ‘The 18-year-old striker of Ajax followed in the footsteps of club legends such as Johan Cruijff, Marco van Basten and Patrick Kluivert during the duel with Fortuna Sittard (5-2) by scoring on his debut in Ajax 1. (…) The teenager is very strong, but – which may seem a little less logical due to his checkered body – also very fast. ‘

It Algemeen Dagblad saw that Brobbey ‘fed the myth’ in the home game won against Fortuna Sittard (5-2). In any case, Brobbey tickles the hopes and expectations of supporters, many of whom see the teenager as the first self-trained striker since Patrick Kluivert who will really break through and can storm the world top with goals and triumphs.

Het Parool especially had an eye for the weak performance of the Amsterdam team. Lisandro Martínez and Jurgen Ekkelenkamp were disappointing and received a low score from the Amsterdam newspaper: a 5 and a 4, respectively. ‘Both played a very weak first half. The Argentinian recovered somewhat after the break, but Ekkelenkamp was replaced after 45 minutes. 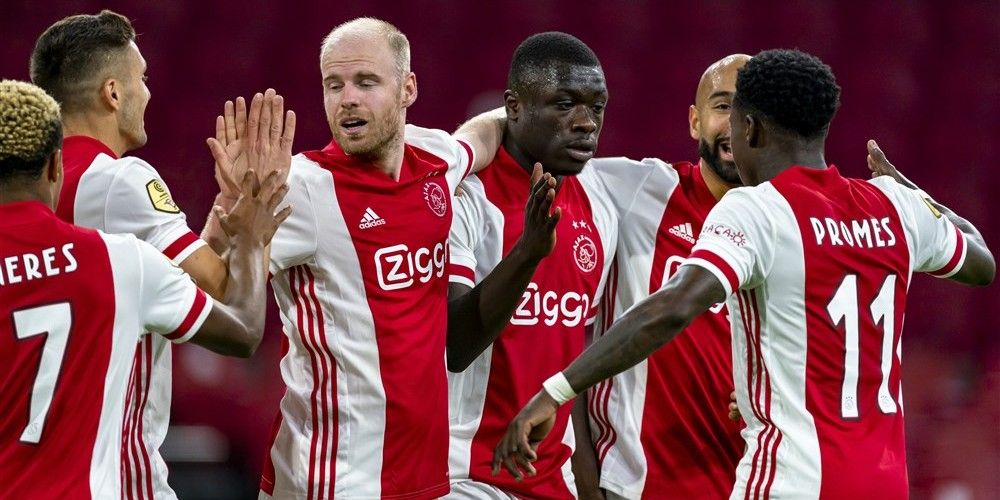 Feyenoord
“Bannis does something with the criticism,” it headlines Algemeen Dagblad after the escape of Feyenoord at FC Emmen (2-3). ‘After all the setbacks in recent weeks, the penny fell in the right direction for Feyenoord yesterday. Naoufal Bannis (18), the striker who was previously returned to the promises, was the goldcrest in Emmen. ‘ Lawyer previously put Bannis back to the promises. ‘Bannis was also completely out of the picture this season, but due to the injuries suffered by Robert Bozeník and Nicolai Jørgensen, he moved more and more to the selection in all silence.’

According to Valentijn Driessen van The Telegraph Feyenoord should be ‘ashamed’. After the shameful zeperd (1-4) at home against the number ten in Austria (Wolfsberger AC, ed.), Dick Advocaat’s team escaped a second failure in four days at FC Emmen. In the end, De Kleine General fell around his neck out of sheer relief from youth player Naoufal Bannis because the little striker saved his ass in Drenthe.

“Although the discharge at Feyenoord was understandable, all Feyenoord players had to be ashamed at the same time for their cheers in Emmen,” said Driessen. ‘How touching the image of Lawyer was when he was jumping like a small child. Or assistant Zeljko Petrovic dancing with the players in the field. But it cannot be disguised that things are not running at Feyenoord and are not comfortable. ‘ 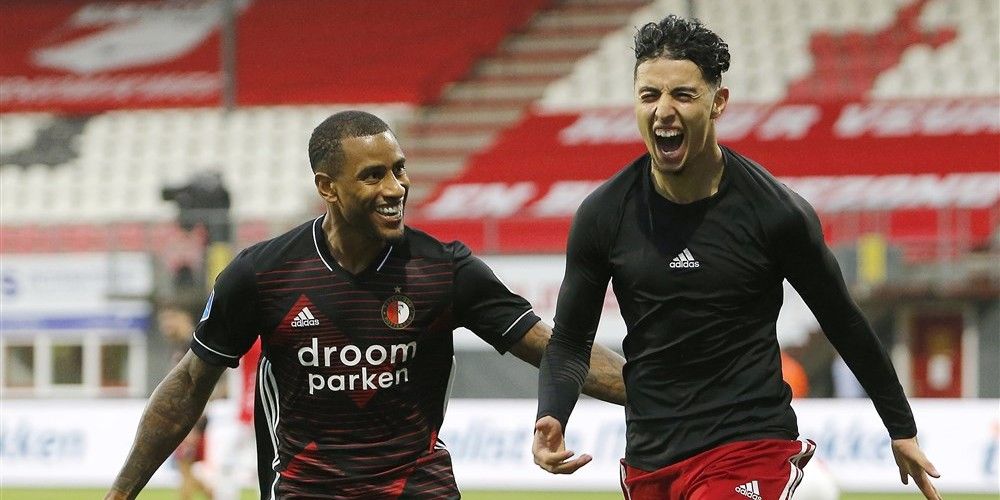 These were the details of the news ‘Luck’ for PSV, Ajax pair scores 4 and 5, Feyenoorders ‘should... for this day. We hope that we have succeeded by giving you the full details and information. To follow all our news, you can subscribe to the alerts system or to one of our different systems to provide you with all that is new.