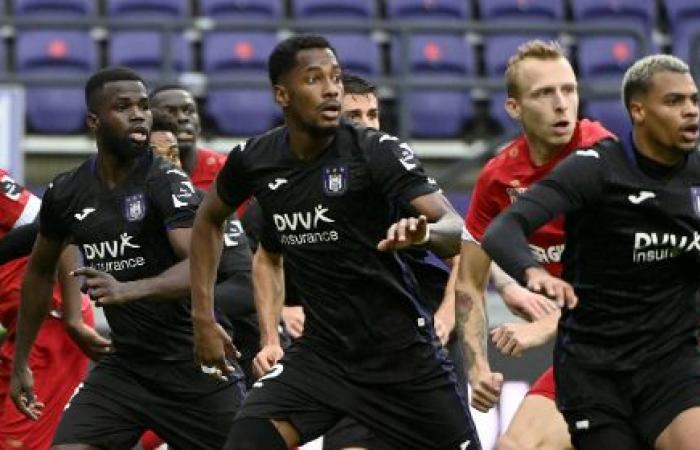 RSC Anderlecht started the season quite changeable, but the Brussels residents have now risen to the top regions of the standings. At the moment, the Purple & White even has as many points as title favorites Club Brugge and Antwerp FC. On Sunday, the latter team was also beaten.

RSCA played against the Great Old much more from the reaction than we are used to since Vincent Kompany is in charge of the sport. And that adjustment worked out very well. Although there was less spectacle to see in the Lotto Park, Anderlecht could still create the most danger. The attack line turned more than well. Mustapha Bundu disappointed and Francis Amuzu missed some good opportunities, but Percy Tau was a constant threat. And Lukas Nmecha again played a key role.

The Manchester City mercenary failed to boost his stats this time, yet he was dangerous and involved in most of the attacks. Moreover, Nmecha is gradually becoming an indispensable pawn in the field game. The German U23 international can control and keep track of the ball with his back to goal like no other, giving his teammates time to dive into space. “Nmecha did some great moves with his back to goal. Without such a profile, it’s impossible to play like that,” added analyst Alexandre Teklak The last hour.

POLL: Anderlecht must try to take over Nmecha for good …

These were the details of the news Summer acquisition is becoming indispensable for Anderlecht for this day. We hope that we have succeeded by giving you the full details and information. To follow all our news, you can subscribe to the alerts system or to one of our different systems to provide you with all that is new.