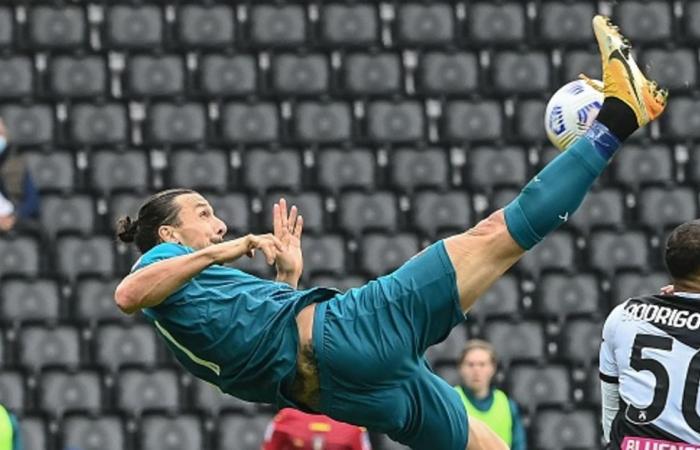 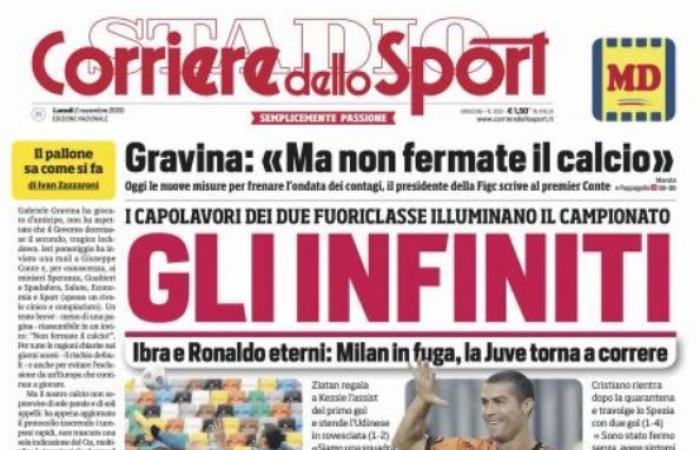 Zlatan Ibrahimovic really does the unbelievable. For many years Milan have been shuffling in the middle of the table and even down in Serie A, but since the Swedish giant returned last January, everything has changed. 10 goals in 18 appearances last season, seven goals in just four league appearances this season – nothing stops him, even at 39 and after recovering from Corona last month.

Also Milan coach Stefano Fioli who was already with a foot and a half out of the club, thanks to the performance of Zlatan Ibrahimovic not only won a contract extension but also led the table after six rounds in Serie A. Milan at the top with 16 points out of 18 possible, two points above The surprising Sassuolo and four points from champions Juventus.

Yesterday (Sunday) Ibrahimovic cooked and scored at the hairdresser to give Milan a 1: 2 away win over Udinese and this morning the headlines in the Italian newspapers did not spare praise: “Foot of God”, wrote in “Gazzetta dello Sport” while in “Corriere dello Sport” compared him to Cristiano Ronaldo Who also returned from Corona and conquered and wrote: “The Unfinished.”

As in Czhenko in 2001, and as he himself did in 2012, Zlatan Ibrahimovic has already written six games in a row in which he conquers and in the Gazette could not help but call him king: “Day by day he is more king, more leader and more ambitious. It is impossible to say that without him this would have been another simple group, but the charisma and charm he brings is something that should frighten all those who claim the crown. “

The Swedes’ numbers speak for themselves. As mentioned, only in Chenko and he himself scored six consecutive rounds (two of the games last season), but what is really crazy is that since returning in January he has mixed 23 goals in 22 games – scored 17 and cooked 6 at 39. Since returning from “Corona Break” in June , Is the most mixed goal scorer than anyone else in Italy with 14 conquests and five assists.

At the end of the game, Zlatan, as usual, wrote a typical tweet: “Why run when you can fly?”, Next to a picture of him rising to the hairdresser that ended in a victory gate.

In an interview after the game, he stated: “I already said a few weeks ago that things work out for us and that we must continue like this in every game, to think that every day is over. At one point I told Brahim Dias ‘give me all the pills, when you get a pill just give it to me’. Obviously everyone wants the ball and so do I, but we are a young team that believes in itself and these guys make me feel young. Team members are never satisfied and always want to get more. If they will withstand the pressure as the season progresses? I will withstand the pressure for them too, I will take everything on me, I love it “.

These were the details of the news Zlatan Ibrahimovic: Making history with AC Milan at the age of... for this day. We hope that we have succeeded by giving you the full details and information. To follow all our news, you can subscribe to the alerts system or to one of our different systems to provide you with all that is new.