Roma continues to rise and another goal from Pedro against Fiorentina... 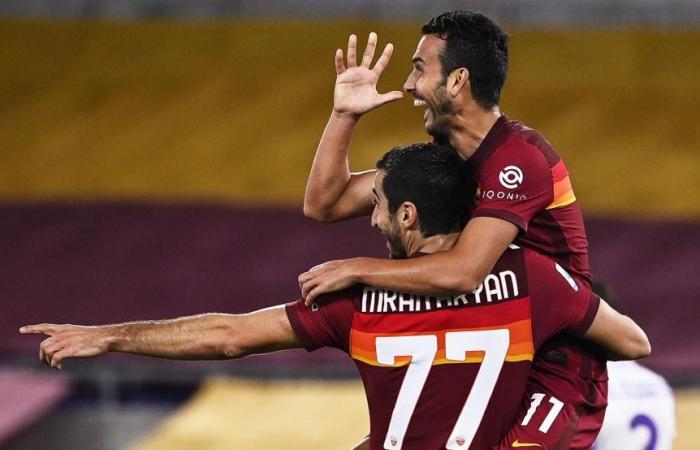 Roma continues to progress and, after being the first team capable of scoring points against leaders Milan (3-3) on the previous day, today they achieved a convincing victory against Fiorentina (2-0) that keeps them one point behind. Champions League positions. Leonardo Spinazzola opened the scoring and former Barça player Pedro Rodríguez, the best ‘giallorosso’ player at 33 years of age together with Henryk Mkhitaryan, closed it with his third goal in Serie A.

Pedro clearly won the match against José Callejón, who went unnoticed, like the veteran Franck Ribéry, in a Fiorentina with no option at any time to score at the Olympic stadium.

Spinazzola began to show the clear superiority on the scoreboard in the 12th minute. A long clearance by goalkeeper Antonio Mirante was not cleared by Fiorentina’s rear in midfield and turned into a lethal counter. The winger, in a winger position, took advantage of it, cut off a defense and beat Bartlomiej Dragowski with a low shot close to the post.

Pedro was able to score 2-0 shortly after when he finished his diagonal with a shot that narrowly missed him (18 ‘). Dragowski kept Fiorentina in the game by deflecting a header from Edin Dzeko after a corner kick (23 ‘) and with a double save from shots from Rick Karsdorp and Mkhitaryan (37’).

Roma deserved to go to rest with a greater advantage and insisted in the second half. Jordan Veretout and, again, Pedro were close to sentencing the game until the former Barça player achieved it in a spectacular against Roma from his field.

Dzeko received through the middle, opened to the right and Mkhitaryan first put the ball diagonally to the far post, where Pedro entered from behind and pushed it into the net at will (70 ‘). With his homework done, Paulo Fonseca immediately withdrew the canary to admit another former Barça youth player, Carles Pérez.

Roma, without any defeat on the field

Roma have only lost one game in the six games played and it was not on the pitch since, after starting Serie A with a 0-0 visit to Verona, they were sanctioned with a defeat due to improper alignment.

Stadium: Behind closed doors at the Olympic in Rome

These were the details of the news Roma continues to rise and another goal from Pedro against Fiorentina... for this day. We hope that we have succeeded by giving you the full details and information. To follow all our news, you can subscribe to the alerts system or to one of our different systems to provide you with all that is new.