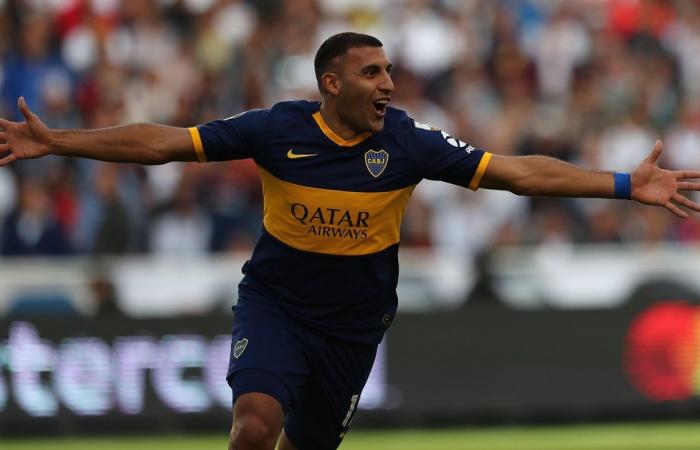 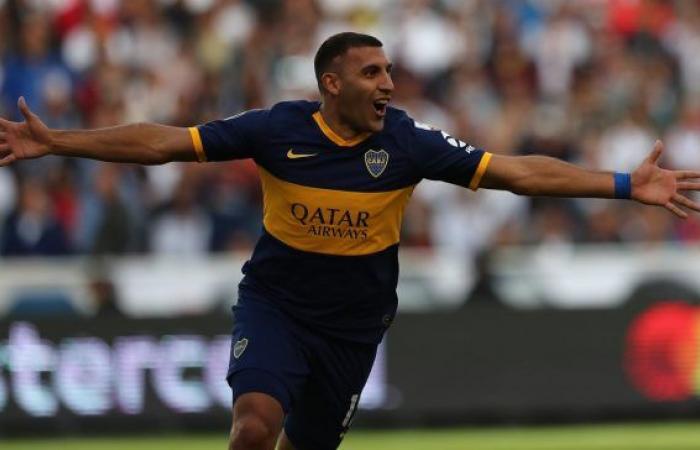 Buenos Aires, Nov 1 (EFE) .- After a 228-day break due to the coronavirus pandemic, the ball officially rolled again in Argentina with the start of the Professional Soccer League Cup, which registered the triumph of Boca Juniors by 1-2 against Lanús at the premiere of his league title.
Results such as Atlético Tucumán’s 1-4 win over Racing, Independiente’s 0-1 victory against Central Córdoba in Santiago del Estero and Argentinos Juniors’ goalless draw with San Lorenzo also stand out.
These are the events of the first day:
TRIUMPH OF THE CHAMPION BEFORE LANÚS
Boca Juniors debuted the title of champion of the last Super League with a 1-2 victory against Lanús as a visitor in one of the Group 4 matches.
Carlos Tevez and Ramón ‘Wanchope’ Ábila scored the winner’s goals, while José Sand scored for ‘Granate’ in the match played on Saturday night.
Boca shares the lead in Zone 4 with Talleres de Córdoba, which beat Newell’s Old Boys 3-1 on Friday.
RIVER-BANFIELD, POSTPONED TO TUESDAY
River Plate could not debut this weekend in Zone 3 because the Professional Soccer League did not enable its Training Center in the Buenos Aires town of Ezeiza to face Banfield this Sunday.
After a series of comings and goings since Friday night, this Sunday the rescheduling of the match was confirmed for Tuesday at 9:30 p.m. local time (00:30 GMT on Wednesday) at the Libertadores de América stadium.
The other meeting of this Group 3 will be played on Monday by Rosario Central and Godoy Cruz.
HARD BACKSIDE FOR RACING
Racing Club had a debut for oblivion when they fell 1-4 against Atlético Tucumán, in what resulted in the worst defeat of the era led by Sebastián Beccacece.
Ramiro Carrera, Ramiro Ruíz, Guillermo Acosta and Kevin Isa scored for the Tucumanos, while Mauricio Martínez discounted for the loser in a match played at the Presidente Perón stadium in the Buenos Aires town of Avellaneda.
For the remaining match in Zone 1, Unión and Arsenal de Sarandí equalized without goals in Santa Fe.
I WON THE INDEPENDENT ALTERNATIVE
With several players who are not usually starters, Independiente beat Central Córdoba by 1-0 in Santiago del Estero and was one of the leaders of Group 2.
With a goal against, the team led by Lucas Pusineri started this new tournament on the right foot, while waiting this Thursday for the definition of the series of the second phase of the South American Cup against Atlético Tucumán.
In the other match in this Zone, Colón won 0-3 as a visitor against Defensa and Justicia with goals scored by Federico Lértora, Enzo Coacci, on an own goal, and Cristian Bernardi.
THE ERA SOSO IN SAN LORENZO STARTS WITH A TIE
Mariano Soso made his debut as San Lorenzo coach with a goalless draw as a visitor against Argentinos Juniors in one of the two matches they scored at the start of Group 5.
The coach, who arrived at the ‘Cyclone’ during the pandemic, could only have his debut on the bench this Saturday.
The other duel in this area was also a draw without opening the scoring between Aldosivi and Estudiantes, who met at the José María Minella stadium in Mar del Plata.
GYMNASTICS GAVE MARADONA A GREAT TRIUMPH
On the 60th birthday of its coach Diego Armando Maradona, and after a tribute prior to the match on the field of play, Gimnasia achieved a 3-0 victory against Central Córdoba.
Colombian Johan Carbonero, Maximiliano Coronel and Eric Ramírez scored the goals for the victory that ‘Lobo’ achieved on Friday, who remained as the leader of Zone 6.
In the remaining match of this Group, Vélez and Huracán drew 1-1 after goals from Ricardo Álvarez for the local and Norberto Briasco for the visit.

*The article has been translated based on the content of Source link by https://www.infobae.com/america/agencias/2020/11/02/debut-triunfal-para-boca-y-suspension-inesperada-para-river/
. If there is any problem regarding the content, copyright, please leave a report below the article. We will try to process as quickly as possible to protect the rights of the author. Thank you very much!

These were the details of the news Triumphant debut for Boca and unexpected suspension for River for this day. We hope that we have succeeded by giving you the full details and information. To follow all our news, you can subscribe to the alerts system or to one of our different systems to provide you with all that is new.