Serie A: Ronaldo back with goals, Sassuolo surprisingly second | ... 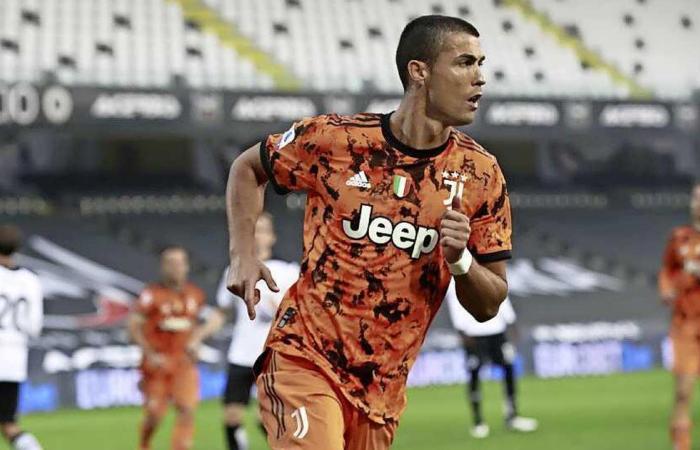 Ronaldo started on the bench. The Portuguese was struggling with the corona virus and recently tested negative again for the first time. The attacker didn’t need long to prove his worth to Juventus. Ronaldo came on the field in the 56th minute and three minutes later he already scored. At a pass from Alvaro Morata, Ronaldo passed around the goalkeeper, and then pushed the ball into the empty goal. He took fifteen minutes from a penalty kick, with a ‘Panenka’, also the fourth goal.

At halftime the score was still 1-1. Within fifteen minutes, Morata gave the visitors the lead. Shortly after, the Spanish striker thought he would double the lead, but his goal was rejected after intervention by the VAR due to offside. This happened to Morata no less than three times in the Champions League against FC Barcelona (0-2) last week. After half an hour, Spezia came alongside via Tommaso Pobega.

Between the two goals of the returned Ronaldo, Frenchman Adrien Rabiot made it 3-1.

Sassuolo won the battle against Napoli for second place. The mutual game in Naples ended in 0-2. Manuel Locatelli used a penalty kick in the 59th minute, after which Maxime Lopez decided the game deep in extra time.

AC Milan, which won 2-1 at Udinese, leads with sixteen points, followed by Sassuolo with fourteen points. Title holder Juventus is third with twelve points. Napoli, one of AZ’s opponents in the Europa League, dropped to fifth place with eleven points.

AS Roma was too strong for Fiorentina at home with 2-0. Leonardo Spinazzola and Pedro scored for the home team, Rick Karsdorp was substituted for AS Roma in the 72nd minute. The Roman team is seventh and Fiorentina takes eleventh place.

Lazio won 4-3 at Torino thanks to two goals in injury time. The Romans seemed to be falling in Turin, but took the victory thanks to a striking penalty from Ciro Immobile and a hit by substitute Felipe Caicedo deep in extra time.

View the results, standings and the Serie A program here

These were the details of the news Serie A: Ronaldo back with goals, Sassuolo surprisingly second | ... for this day. We hope that we have succeeded by giving you the full details and information. To follow all our news, you can subscribe to the alerts system or to one of our different systems to provide you with all that is new.