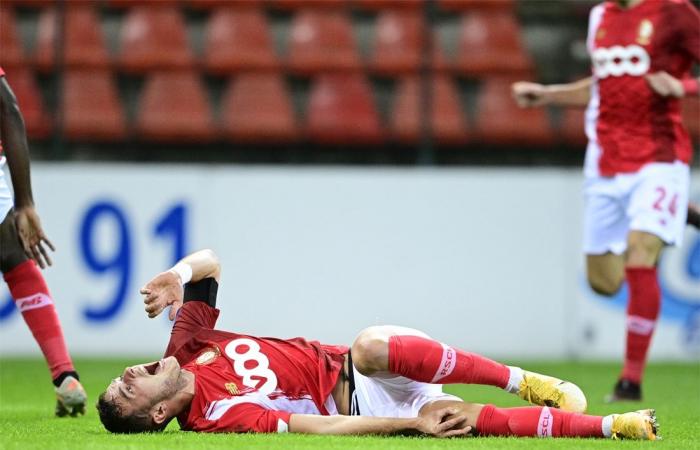 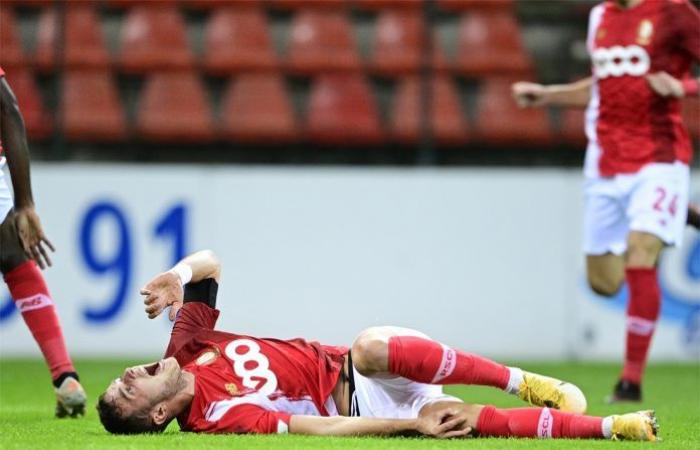 Thanks to a goal by Noë Dussenne, Standard took the three points against KV Oostende and climbs to third place. But the Rouches will mainly be concerned about their captain Zinho Vanheusden, who apparently suffered a serious knee injury.

De Rouches wanted to regain the good feeling after three defeats in a row – two of which in Europe – against Ostend. Despite the victory, that did not work. That had everything to do with minute 19, when Zinho Vanheusden fell to the ground after a duel with Gueye and screamed in pain. That went to the bone. For the brand new Red Devil, a long rehabilitation is probably waiting. He appeared to have sustained a serious injury to the right knee. Incredibly sour for the 21-year-old captain of Standard, who has previously been plagued by two serious knee injuries.

While Vanheusden lay on the ground groaning with pain, KVO continued to play and scored, but the goal was rightly disallowed for offside. Laifis then entered the field for Vanheusden, who was taken away on a fire card. De Hasselaar will be examined in hospital on Monday morning.

The incident cast a shadow over the rest of the match, which nevertheless remained burly. Amallah took a good shot on the half hour. Hubert tapped the ball out of his goal via the crossbar. It stayed there for the first 45 minutes.

After the break, Standard took control. Although it came away well when Sakala was sent deep and the striker could only finish on goal. The Zambian only had to pass Bodart and hit the crossbar. Moments later, Amallah killed an even bigger chance of scoring. Balikwisha subtly tapped the ball to the Moroccan international, who had the ball free to buckle but completely missed his header.

The people of Liège increased the pressure to win their first victory since October 4. It worked. On a corner it was Dussenne who headed the ball between Hubert’s legs. The KVO goalkeeper did not look good there. For a moment ref Visser doubted the legitimacy of the goal, but the leather had indeed crossed the line: 1-0. For Standard it means that it will be third, with the same number of points as number two Beerschot. Ostend is stuck in tenth place.

These were the details of the news Vanheusden injury overshadows Standard’s victory over East … for this day. We hope that we have succeeded by giving you the full details and information. To follow all our news, you can subscribe to the alerts system or to one of our different systems to provide you with all that is new.