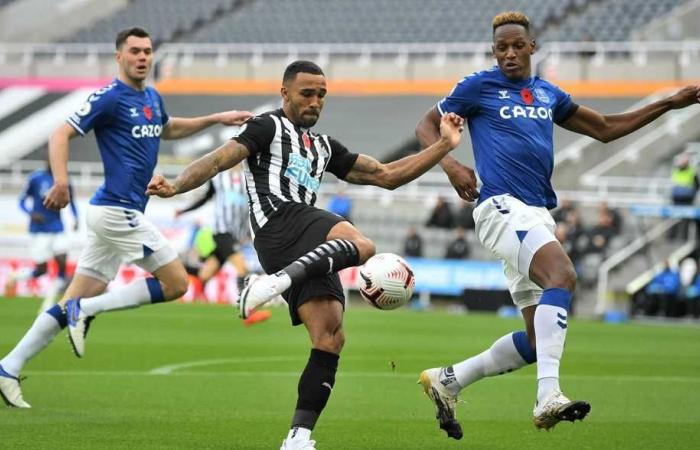 Newcastle United striker Callum Wilson presented a new gift to Liverpool after he led his team to a 2-0 win over Everton in the seventh round of the Premier League.

Everton suffered its second consecutive defeat in the Premier League, after losing in the previous round to Southampton.

Everton left their traditional rivals Liverpool at the top of the English Premier League with 16 points, while the Blue team stuck at 13 points in second place, equally with Southampton and Wolverhampton.

While Newcastle raised its score to point 11 in the tenth place.

Everton missed his first goalkeeper, Jordan Pickford, due to injury, and was replaced by Olson.

Everton star James Rodriguez also missed the injury, and left-back Lucas Denny was suspended after he was sent off in the last game.

Newcastle took the lead in the 56th minute from a penalty kick by striker Callum Wilson.

Wilson then added the second goal in the 85th minute of a quick counterattack led by Ryan Frazier, ending Everton’s hopes for the match.

Before Dominic Calvert-Lewin scored the goal to reduce the difference for Everton in the 90th minute.

These were the details of the news FilGoal | News | A new gift for Liverpool... for this day. We hope that we have succeeded by giving you the full details and information. To follow all our news, you can subscribe to the alerts system or to one of our different systems to provide you with all that is new.