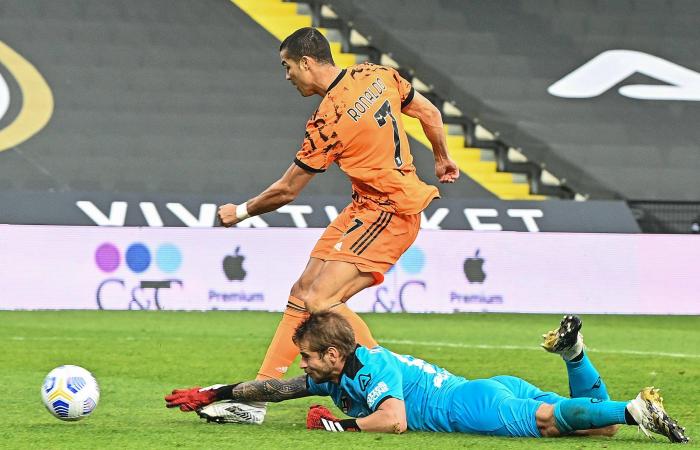 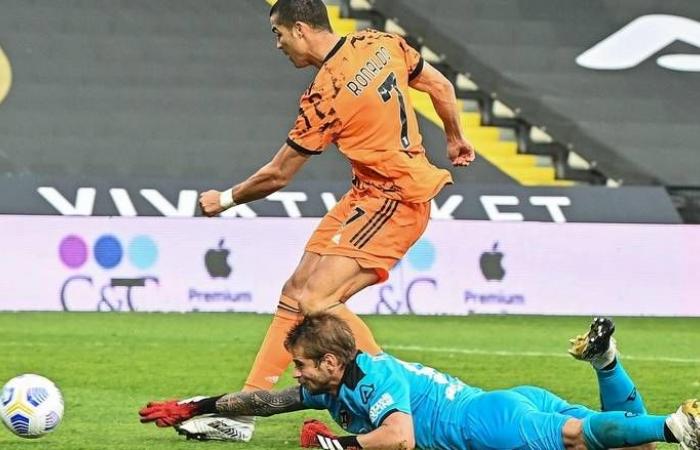 Cristiano Ronaldo marked his recovery from the coronavirus by scoring twice on his return to help Juventus beat newly promoted Spezia 4-1 in the Italian league on Sunday.

Juventus was struggling to break Spezia down until Ronaldo was brought on as a substitute in the 56th minute. He put Juventus 2-1 up three minutes later and also converted a penalty to seal the result for the Bianconeri.

“We had a good game, we should have been more clinical in the first half and finished off the match sooner,” Juventus coach Andrea Pirlo said.

“Then we did well when we came back out in the second half, with the desire to win the match, and Cristiano gave us a hand.”

Juventus moved second, four points below early leader AC Milan, which won 2-1 at Udinese thanks to a late winner from Zlatan Ibrahimovic. Napoli or Sassuolo can move to within two points of Milan if either win in their head-to-head meeting later.

Ronaldo had been out for three weeks after testing positive for COVID-19 while on international duty. The Portugal forward missed three Juventus matches — draws with Crotone and Hellas Verona in Serie A as well as a loss to Barcelona in the Champions League.

Ronaldo started from the bench against Spezia with Alvaro Morata again replacing him in the starting lineup.

Morata had three goals ruled out for offside against Barcelona on Wednesday and the flag was again raised when he fired in from Weston McKennie’s assist in the 14th minute, but this time video review came to his aid and the goal was given.

Morata did have a goal ruled out for offside shortly after and Spezia drew level when Tommaso Pobega’s effort was deflected in.

Ronaldo replaced Paulo Dybala early in the second half and he had an immediate impact when he ran onto Morata’s through-ball, rounded the goalkeeper and scored into an empty net.

Ronaldo stepped up and cheekily chipped the spot kick into the back of the net.

Ibrahimovic continued to roll back the years with an overhead kick seven minutes from time to snatch all three points for Milan, which extended its unbeaten run to 23 matches.

He also set up Franck Kessie’s opener. The 39-year-old Ibrahimovic, who recently recovered from the coronavirus, has now scored seven goals in his last four league matches.

Milan took the lead in the 18th minute with a superb team move. Ismael Bennacer sent a long ball over the top that Ibrahimovic chested down and held up before laying it off to Kessie, who blasted it into the top right corner.

Just as the match appeared to be heading for a draw, Ibrahimovic reacted quickest in the area to acrobatically hook the ball into the back of the net.

Torino thought it was heading for its first win this season when Sasa Lukic put it 3-2 ahead with three minutes remaining but Ciro Immobile leveled from the spot five minutes into stoppage time and Felipe Caicedo managed to score in a goalmouth scramble.

Also, later it’s: Roma vs. Fiorentina and Sampdoria vs. Genoa.

These were the details of the news Ronaldo returns and scores 2 as Juventus beats Spezia 4-1 for this day. We hope that we have succeeded by giving you the full details and information. To follow all our news, you can subscribe to the alerts system or to one of our different systems to provide you with all that is new.